Lawrence Bearse Died After Being Left in Transport Van for 20 Hours: Family

Alzheimer’s Patient, 90, Found Dead in Transport Van Outside Retirement Home. Family Thinks He Was There for 20 Hours. 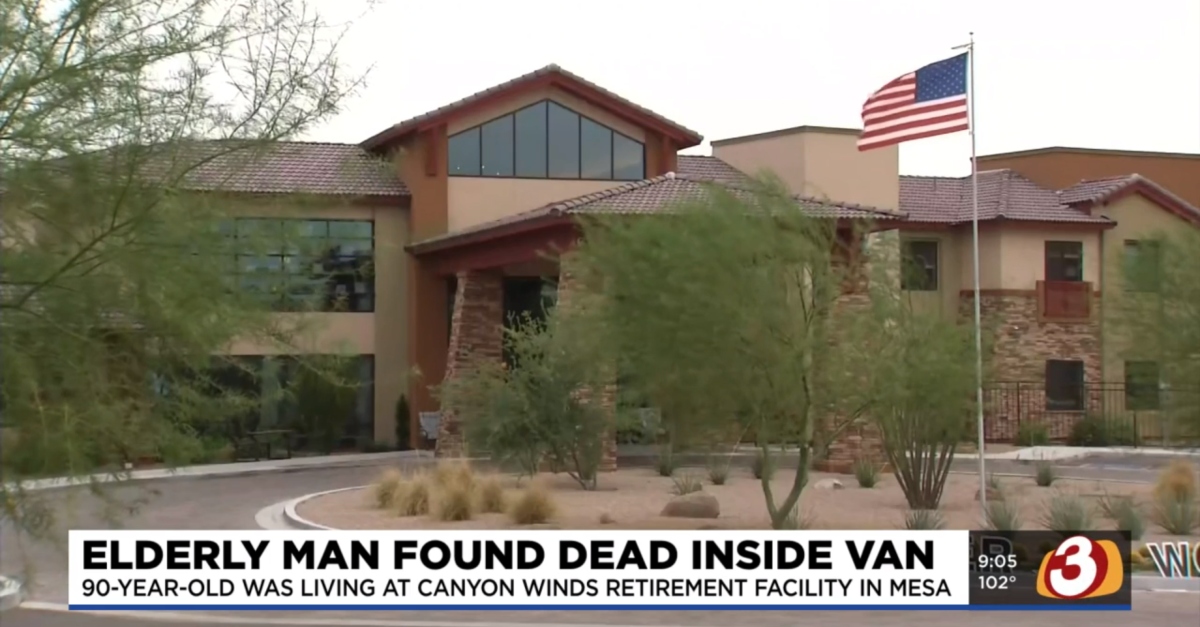 A 90-year-old Arizona man was reportedly found dead Thursday in a transport van by a retirement community. Now the family of Lawrence Bearse wants answers.

“He lived an incredibly respectful life. He should be able to die with some sort of dignity and not being forgotten in the back of a van,” Kylie Bearse told AZ Family of her grandfather, a U.S. Marine and avid golfer. “So, we’re upset, we’re angry, and we have questions too, like how could this happen?”

He was taken to a doctor’s appointment on Wednesday, family told 12 News. In this account, it seemed like he was left overnight in the transport van by the living facility. His wife of 67 years visited him the next day. Staff did not know his whereabouts, they said.

“He should be able to die with dignity and not being forgotten in the back of a van.”

90-yr-old Lawrence Bearse was found dead today after being left in a transport van at his Mesa care facility for 20 hours. @KylieBearseWX talks about her “Grandpy.” 💔https://t.co/3ybSMsx4aD pic.twitter.com/h0AcDli2sS

Police said that a worker flagged down an officer, according to AZ Family. That staffer said that they found a facility resident left in one of the transport vans. The officer found Lawrence Bearse dead.

Family said they believe Bearse was in the transport van for 20 hours.

“He was just the sweetest man, the kindest man,” Kylie Bearse told 12 News. “He cared about his family.”

The police investigation is ongoing.

Canyon Winds said they fired the employee behind the incident. They voiced an apology to Lawrence Bearse’s family and friends.

“Canyon Winds was shocked and appalled to learn of this tragedy,” the facility said in a statement to Law&Crime. “We pride ourselves on high-quality care and treatment of all our residents, and this directly contradicts everything we stand for and train our staff to adhere to. Canyon Winds has never been the subject of any investigation or penalties relating to our care. We are disturbed by the fact that an employee of ours could have made such an egregious mistake. We have terminated the employee responsible and have launched a full investigation into how something like this could have happened. This incident will not be forgotten. We sincerely apologize to the family and friends of Mr. Bearse, and while we know there is no way to rectify this situation, we hope that we can find a way to help alleviate their pain moving forward.”

Note: Canyon Winds responded to a Law&Crime request for comment.