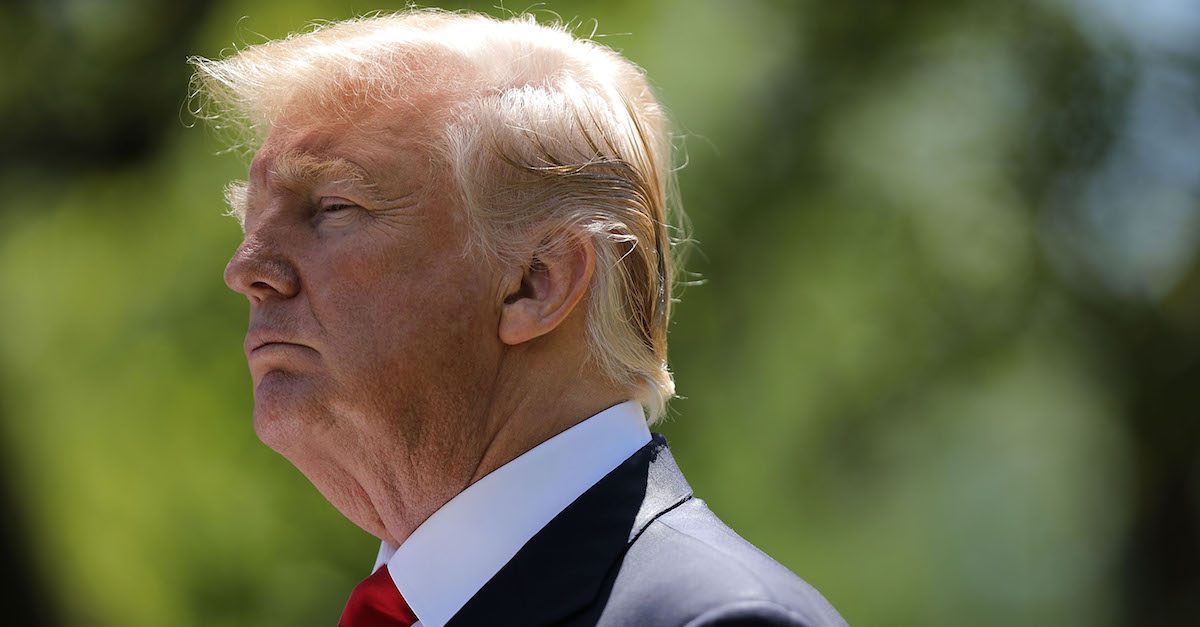 President Donald Trump has made no secret of his longtime dissatisfaction with low-pressure plumbing appliances such as sinks, showers and toilets. Even amid a resurgent pandemic, the president has used multiple public appearances to take aim at water-efficient showerheads, decrying the decreased water-flow for interfering with washing his hair. But that may soon change, as the Trump administration on Wednesday introduced its plan to roll back federal water efficiency requirements for consumer showerheads.

In a 50-page notice of proposed rulemaking submitted by the Department of Energy (DOE), the administration is rewriting its interpretation of what constitutes a “showerhead,” allowing manufacturers to circumvent the maximum water use threshold of 2.5 gallon-per-minute (gpm) set by Congress in 1992.

A showerhead was previously defined as any unit designed to spray water onto a single bather, regardless of how many nozzles were included in the unit. That meant a showerhead’s water use rate was measured by turning all of the unit’s sprays and nozzles to their maximum flow settings, which had to be at or below 2.5 gpm.

In 2011, the DOE issued guidance stating that “it has always been the Department’s view that when Congress used the term ‘any showerhead’ it actually meant ‘any showerhead’ – and that a showerhead with multiple nozzles constitutes a single showerhead for purposes of EPCA [the Energy Policy and Conservation Act] water conservation standard.”

The department is instead proposing to define the term “such that each showerhead in a product containing multiple showerheads [nozzles] would be considered separately for purposes of determining standards compliance, and only one of them would need to be turned on for testing.”

This means for a shower with several nozzles, each one would individually be subject to the 2.5 gpm regulation, instead of all being measured in aggregate.

The move aligns with Trump’s comments during last week’s speech at the Whirlpool Corp. manufacturing plant, where he claimed to have already signed something to address the issue.

“You go into a new home, you turn on the faucet; no water comes out,” he said. “You turn on the shower — if you’re like me, you can’t wash your beautiful hair properly. You waste 20 minutes longer. ‘Please come out.’ The water — it drips, right? You know what I’m talking — they put restrictors on. I got rid of that. I signed it out. That’s common sense.”

TRUMP: "They didn't have enough water. The same thing with sinks, toilets, and showers. You go into a new home, you turn on the faucet, no water comes out. You turn on the shower, if you're like me you can't wash your beautiful hair properly … I got rid of that." pic.twitter.com/PAQdJwmipK

“We’re bringing back consumer choice in home appliances so that you can buy washers and dryers, showerheads and faucets,” he said. “So showerheads — you take a shower, the water doesn’t come out. You want to wash your hands, the water doesn’t come out. So what do you do? You just stand there longer or you take a shower longer? Because my hair — I don’t know about you, but it has to be perfect. Perfect.”