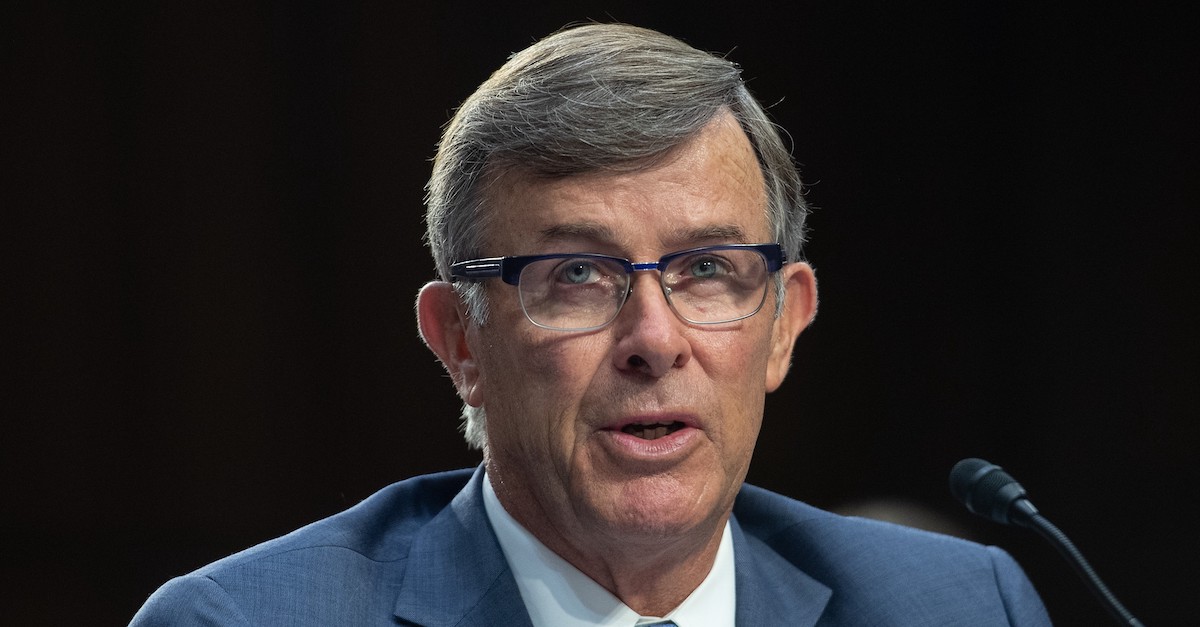 After it was reported that the Acting Director of National Intelligence (DNI) threatened to resign from his post amid concerns that the White House might force him to stonewall Congress, the Acting DNI publicly denied that was the case.

“At no time have I considered resigning any position since assuming this role on Aug. 16, 2019. I have never quit anything in my life, and I am not going to start now,” the Wednesday statement from Acting DNI Joseph Maguire said. “I am committed to leading the Intelligence Community address the diverse and complex threats facing our nation.”

The statement follows a Wednesday Washington Post report, which said Maguire would rather resign than be forced to stonewall Congress on Thursday, when he testifies about a whistleblower complaint pertaining to President Donald Trump’s communications with Ukraine.

Maguire drew the ire of Democrats when he followed the Department of Justice’s Office of Legal counsel opinion advising him to withhold the complaint from Congress. The law requires that the DNI, upon receiving a complaint marked a matter of “urgent concern” by the Inspector General, to forward the complaint to congressional intelligence panels within seven days.

Maguire is expected to deliver the complaint to Congress this afternoon.

There is A LOT happening today and tomorrow:

– Maguire set to testify in an open hearing tomorrow morning at 9 am EST.

House Speaker Nancy Pelosi on the whistleblower complaint expected to be delivered to Senate this afternoon: “At no point in the history of this law has a DNI ever refused to turn over a whistleblower’s complaint that has been found by the IG as credible” pic.twitter.com/NVjPaQMWHN

According to the Washington Post, its report was based on information from current and former U.S. officials said to have knowledge of the matter. Maguire, who was appointed to the top intel community role just last month, reportedly told the White House in no uncertain terms that he would not conceal information from Congress. This was seemingly an attempt to compel the White House to decide whether it will claim executive privilege over the contents of the complaint.

The move was widely viewed as a signal that, unlike several other notable current and former administration officials, the Acting DNI planned on cooperating with the congressional inquiry rather than hiding behind asserted blanket immunity.

The Post also noted that on several occasions Maguire has spoken to administration officials, including White House counsel Pat Cipollone, lamenting the no-win position he’s been forced to maintain.

That tensions between Maguire and the White House reportedly intensified further on Tuesday, when House Speaker Nancy Pelosi (D-Calif.) specifically cited information related to the whistleblower complaint as the basis for Democrats launching “an official impeachment inquiry” into the president.