Deputy: Florida Woman Bit Camel’s Nuts, Explained ‘I Bit His Balls to Get Him Off of Me’ 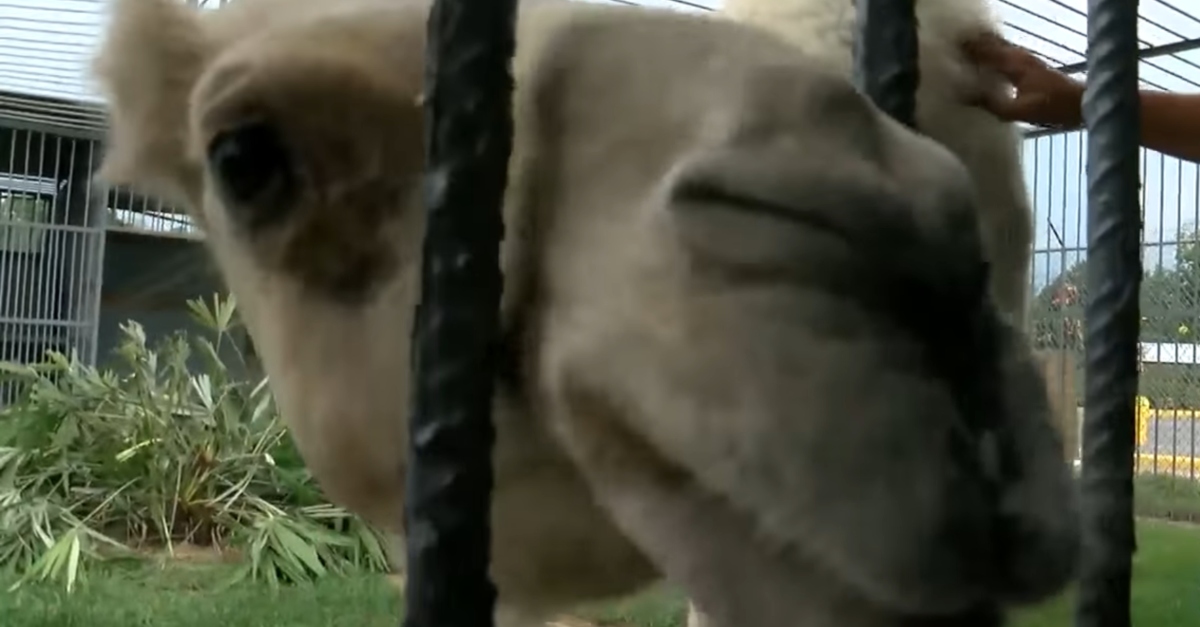 A Florida woman and her husband were accused of crawling into a camel’s enclosure at a truck stop in Iberville Parish, Louisiana last Wednesday, according to The Advocate.

Deputies say this happened at the Tiger Truck Stop. It has a little zoo on the premises. One of the animals is a camel named Caspar. He has nuts. Those nuts were allegedly bitten by a visitor to the truck stop.

Investigators claim the woman’s husband was throwing their dog treats by the camel’s fence. The dog made it inside of the enclosure, and the couple crawled under a strand of barbed wire to get inside, authorities said. Their canine was interacting with the larger animal. The story is that Caspar sat on the woman, and she bit his nuts to get him off of her.

Investigators said this isn’t Caspar’s or the truck stop’s fault. The camel was in an enclosed space, and there were signs every 10 feet telling people to stay out. Hamilton said Caspar had “never been aggressive” before.

The couple was cited for a leash law violation and criminal trespassing. Deputies said the couple’s statements were inconsistent with surveillance footage and witness accounts.

“My only question to her husband was: ‘Why did you throw the doggy treat under the fence?'” said Hamilton. “And he just said, ‘I wasn’t thinking.'”

The couple was identified as Gloria Lancaster, 68, and Edmond Lancaster, 73.

Pensacola outlet WEAR-TV said it got in touch with Gloria Lancaster. She claimed that she and her husband never fed their dog treats, and that the canine suddenly ran under the fence into the camel’s enclosure. Lancaster claimed there weren’t warning signs against trespassing. In any case, she said she slid under in order to get the dog, but the camel charged her and sat on her, she said. She said she bit the genitalia to get him off of her. She said she is being treated at a Pensacola hospital for injuries.