Agnifilo made sure to file a motion for a mistrial bright and early on Thursday.

Salzman is the daughter of Nancy Salzman, a NXIVM co-founder. Both of them have pleaded guilty to racketeering conspiracy, while Raniere continues to fight sex trafficking, child exploitation and child pornography charges. Just days ago, Salzman, a former NXIVM member, recounted how she and Raniere were taking a nap at a Mexican villa when the feds showed up to arrest him. She said this happened just before a planned group oral sex session was to occur.

When Salzman broke down crying on the stand Wednesday, the following exchange between Agnifilo and the judge occurred: 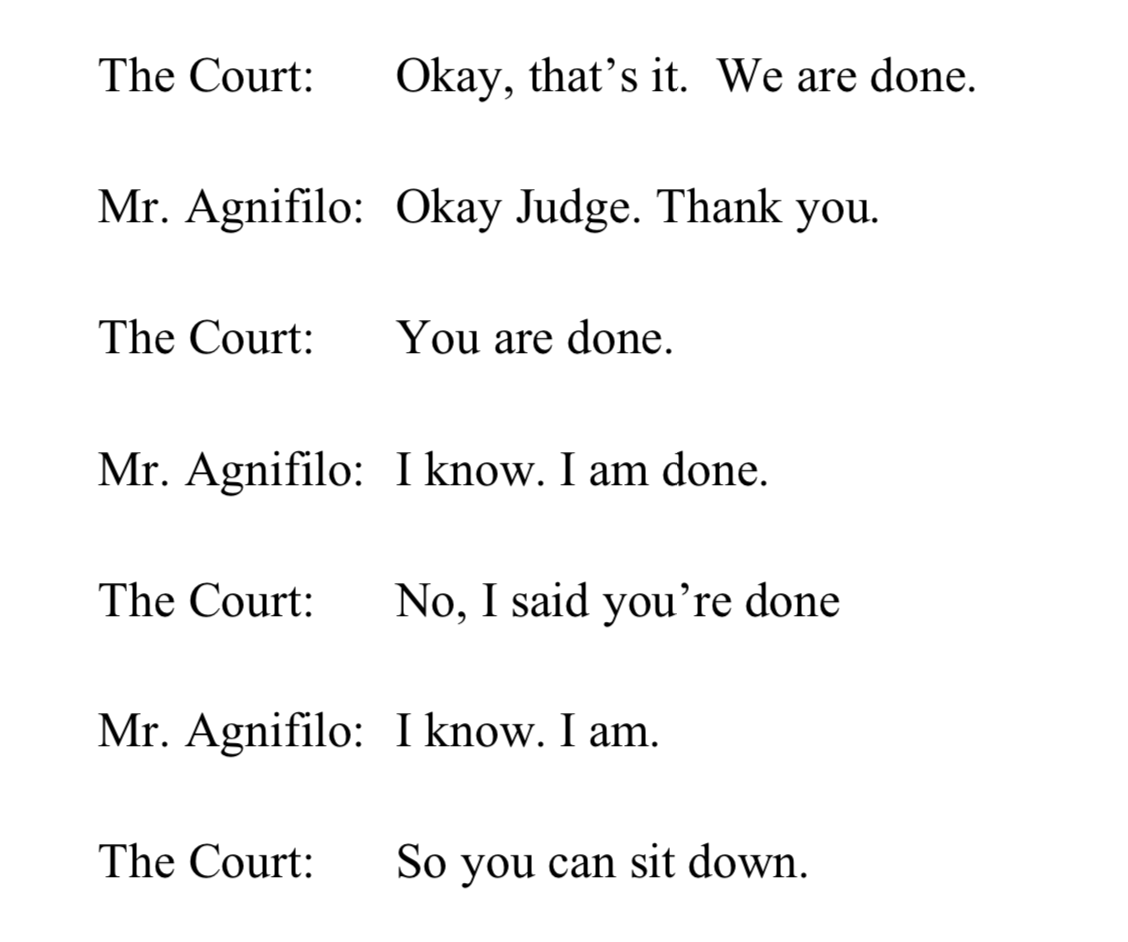 “I had a crisis here. And not in my courtroom,” the judge would explain after the jury exited and the witness was excused. He referred to Salzman as a “broken person.”

Agnifilo said that the judge’s actions “strike at the heart of a fair trial.”

He made two main arguments, and also suggested that the judge could have simply called for a recess, rather than exploding and shutting everything down.

First, he intervened to “save” a government witness from cross, and second he damaged the defense in the eyes of the jury by suggesting there was something wrong with a proper cross.

Agnifilo believes the outburst was fatal for the defense.

“Finally, for the Court to chastise counsel by repeatedly directing him to end his cross-examination and to sit down, where the Court had specifically ruled that the witness could answer the question is patently unfair. Counsel has been fair and appropriate to every witness called by the government and whatever good will counsel has endeavored to engender in the minds of the jury is now forever lost,” Agnifilo said. “There is no coming back from this. The damage is done. The witness’ cross-examination has been ended. Counsel has been dressed down in front of the jury. There is no remedy.”

“We move for a mistrial,” the letter concluded.

The judge rejected this argument later on this morning.

Raniere motion for mistrial by Law&Crime on Scribd