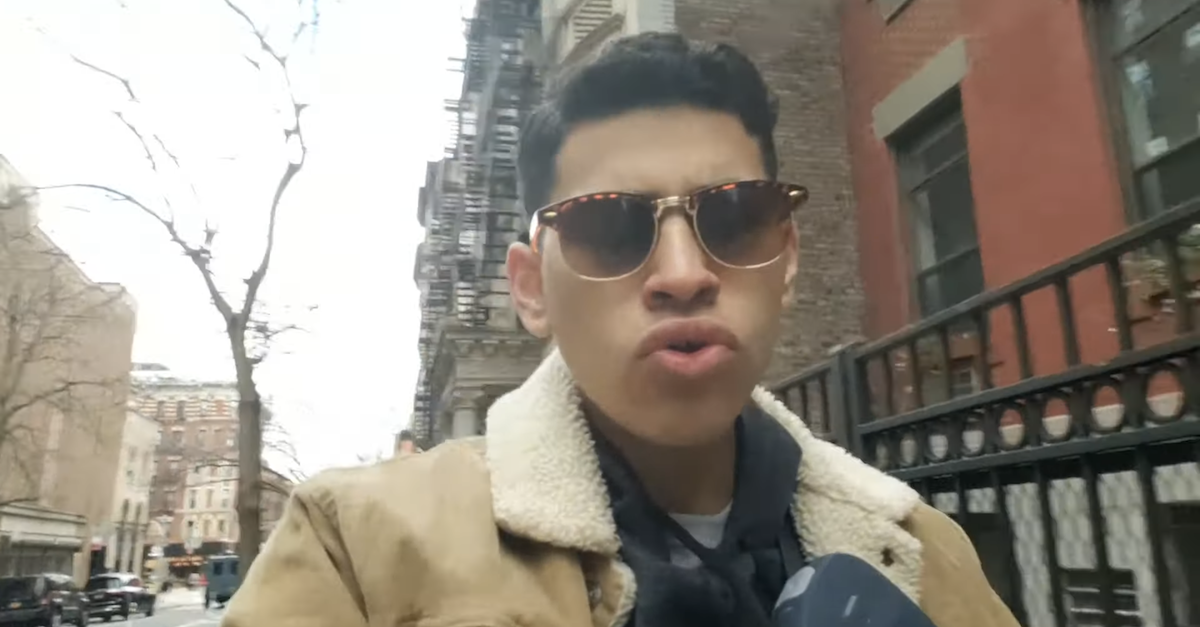 A self-identified “incel”—short for involuntary celibate—teenager going by the online name Smooth Sanchez amassed more than 7,000 subscribers on YouTube with hoaxes and stunts, livestreaming himself illegally climbing the Queensboro Bridge in an admitted attempt to go viral and getting cited by Fox News host Tucker Carlson for tricking a young white woman into kneeling in front of him as a supposed gesture of respect for people of color.

Speaking to his YouTube followers outside that restaurant outside the Flatiron district, Sanchez said into the camera: “Let’s enhance their meal.”

According to the complaint, the startled women gathered their belongings and went inside the restaurant, and prosecutors say that four others in the outdoor seating area ran away.

But Sanchez appeared to be pleased with the performance, prosecutors said.

At least one person dialed 911, but prosecutors say that Sanchez had left the area before police arrived.

The FBI agent investigating Sanchez’s case noted that attacks by so-called “incels” have had an alarming rise in recent years.

“Through online activity and in some instances violence, Incels primarily target those who they believe are unjustly denying them sexual or romantic attention, which in most cases are women,” FBI agent Ryan Symons wrote in Sanchez’s complaint. “Incels have conducted at least five lethal attacks in the United States and Canada since 2014, resulting in 28 deaths. For example, in May 2014, Elliot Rodger, whom Incels generally regard as the group’s founder, attacked a sorority house and pedestrians in Santa Barbara, California, with a knife, firearms, and a vehicle, killing six and injuring 14 victims. Prior to the attack, Rodger posted an online video titled ‘Elliot Rodger’s Retribution,’ and shared a written manifesto describing his grievance towards women and detailing a plan for their mass imprisonment and murder.”

Sanchez allegedly praised Eliot Rodger in one of those videos, in which he is seen harassing two women.

Sanchez is charged with one count of false information and hoaxes. He was arrested in Manhattan on Wednesday.

Reach his criminal complaint below: