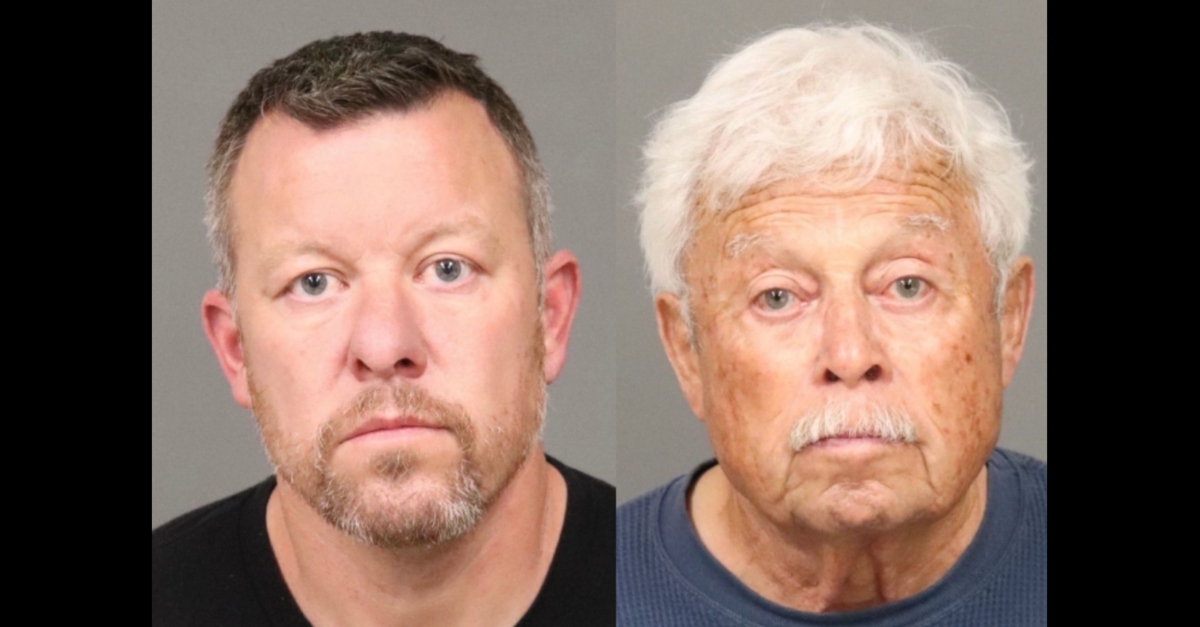 Authorities released the mugshots on Tuesday of the defendants in the disappearance and alleged murder of college student Kristin Denise Smart, 19. At left is Paul Flores, 44. He’s the man charged with killing her. Then there’s his father Ruben Ricardo Flores, 80, accused of being an accessory.

The Sheriff’s Office has issued a press release following the arrest of Paul Flores and Ruben Flores in connection to the murder of Kristin Smart. https://t.co/9wNxv0vYG1 pic.twitter.com/OVZEWBjA0H

Smart, a student at California Polytechnic State University, was last seen at about 2 a.m. on May 25, 1996, authorities said. Paul Flores, then 19, was a freshman there at the time. He allegedly walked home from a party with Smart, who was reported missing to campus cops on May 28.

In a press conference on Tuesday, San Luis Obispo County Sheriff Ian Parkinson said investigators discovered evidence in late 2016 confirming the younger Flores as the suspect. He also credited the 2019-2020 Chris Lambert podcast “Your Own Backyard” with bringing new information to light.

The sheriff said that it took so long to make an arrest because they needed to build a case that would stick. Parkinson, who took office 2011, acknowledged “mistakes” early in the investigation.

“I am extremely proud of all the dedicated investigators who worked tirelessly over the years to solve this case,” he said. “It’s taken many years to get to this point, but as I’ve always said, it’s not what you believe, it’s what you can prove. And we can finally say we have done that today.”

Investigators have yet to find Kristin Smart’s body. Parkinson on Tuesday declined to discuss the details of the search warrants leading to the new arrests, and he did not reveal the alleged motive. He said that the documents were sealed, and cited the due process rights of the defendants.

Paul Flores is being held without bond. His father is locked up in lieu of a $250,000 bond.

[Image of Smart, and mugshots of the defendants via San Luis Obispo County Sheriff’s Office]