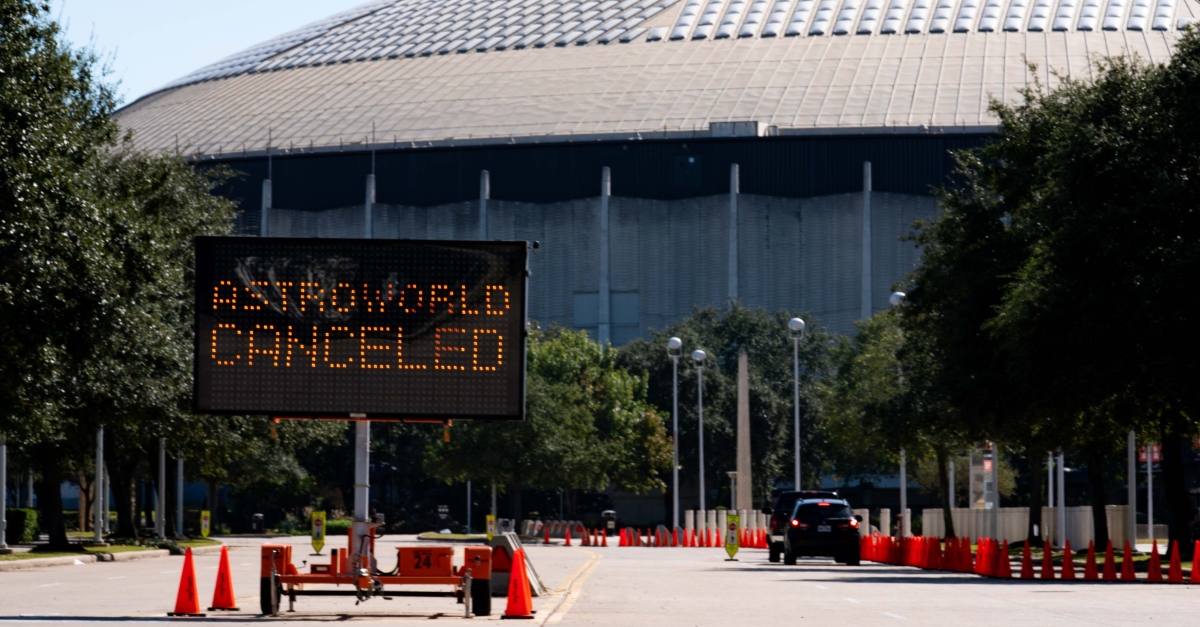 A boy horrifically injured from the Astroworld Festival crowd crush has died from his injuries, his family’s attorney said in a statement released Sunday night. Ezra Blount, 9, had been in a medically induced coma.

“The Blount family tonight is grieving the incomprehensible loss of their precious young son,” Attorney Ben Crump said in a statement. “This should not have been the outcome of taking their son to a concert, what should have been a joyful celebration. Ezra’s death is absolutely heartbreaking. We are committed to seeking answers and justice for the Blount family. But tonight we stand in solidarity with the family, in grief, and in prayer.”

NEWS ALERT: @AttorneyCrump, co-counsel Alex and Bob Hilliard, and Paul Grinke have issued a statement expressing deep condolences for the death of Ezra Blount, a 9-year-old who was trampled and catastrophically injured at the Astroworld Festival. pic.twitter.com/GInPXgjfg3

Blount’s family were among many who have sued over the tragic crowd crush on Nov. 5, 2021 in Houston, Texas. They filed a complaint against rapper Travis Scott and Live Nation, blaming them for the tragedy, as the concert broke down and the crowd rushed through the scene.

We have filed lawsuits on behalf of 100+ victims of the Astroworld Festival tragedy. These families deserve JUSTICE for these preventable deaths and injuries!! pic.twitter.com/F0FTB016Ju

“We attended Travis Scott’s Astro world fest I had my son on my shoulders awaiting drakes [sic] stage appearance I began to be crushed until I couldn’t breathe I passed out,” Ezra’s father Treston Blount wrote in a GoFundMe campaign. “And I woke up and my son was gone and due to his severe injuries which are swelling in the back of brain damage and trauma to nearly all organs we are certain that he was trampled and is still in induced coma we are thankful for his life and thankful for all the prayers and positivity we are asking for donations for his medical bills and anything that comes along with this tragedy [sic].”

I am saddened to learn of Ezra’s death this evening. Our city tonight prays for his mom, dad, grandparents, other family members and classmates at this time. They will need all of our support in the months and years to come. May God give them strength. RIP Ezra. st #AstroWorld pic.twitter.com/Ankq7FMa3l

Ezra Blount sustained injuries causing swelling to the back of his brain, as well as trauma to almost all of his organs, his father said. He is the 10th person to die from injuries.

Through a previous statement from his representatives, Scott has expressed sadness over what happened, saying he wants to provide aid to families.