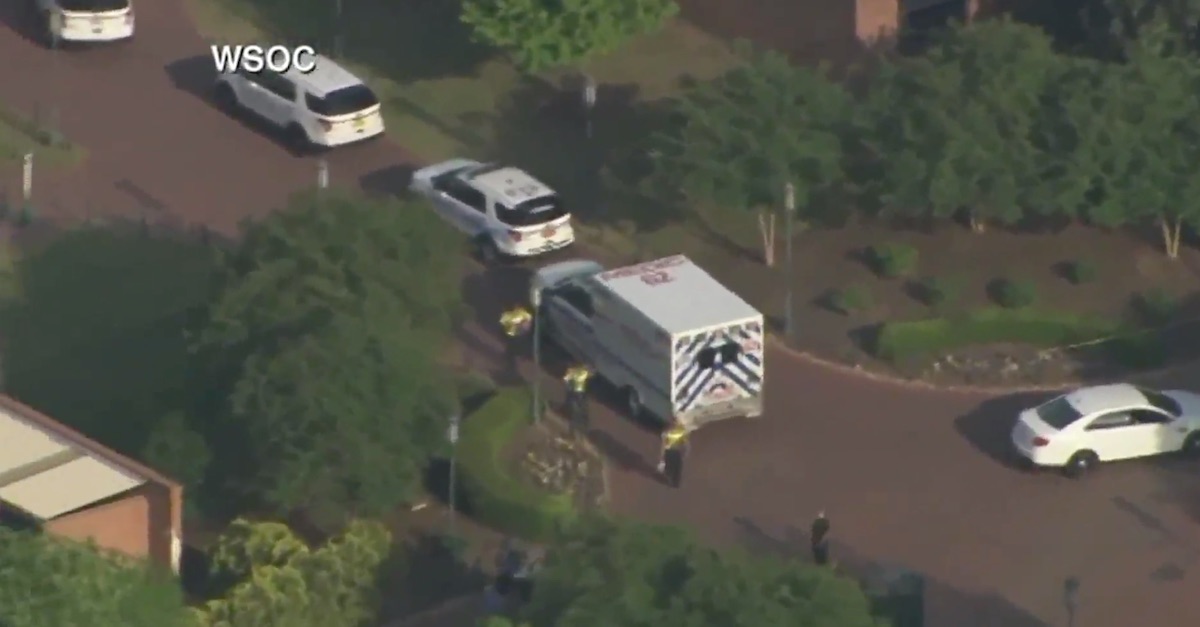 Multiple people have reportedly been shot at the University of North Carolina at Charlotte. Although a male suspect is reportedly in custody, the campus is still on lockdown.

WSOC-TV reported that officials say at least two are dead and four injured.

BREAKING UPDATE: Officials say 2 people are dead, 4 are hurt after a shooting at UNC Charlotte. https://t.co/9BUbMuKST3

At least three people are at the hospital, per local reports.

Source tells me 5 shot. 2 have died. 3 are at hospital. I’m told shooter in custody is male. @wsoctv https://t.co/ad4oiRFRgW

Two people are said to have sustained life-threatening injuries, while two others suffered non-life threatening injuries. The suspect, early reports say, is a student. Multiple media outlets and reporters are now identifying the suspect as 22-year-old Trystan Andrew Terrell, a history student.

JUST IN: we just got this video of someone being dragged off UNCC campus in handcuffs, head down. @wcnc #uncc pic.twitter.com/eNjFeICwNI

SWAT was reportedly deployed to engage a “barricaded suspect” on Tuesday evening.

CMPD has activated SWAT in reference to a barricaded subject in the 5600 block of Coulee Place.

Developing: Multiple people have been injured in a shooting at University of North Carolina at Charlotte, a suspect is in custody – @wsoctv @FOX46News @wcnc

A mass casualty bus also responded to the scene.

An alert was sent out from the university’s Office of Emergency Management, advising students to “Run, Hide, Fight” and “[s]ecure [themselves] immediately.”

A student-family reunification area has been established.

⚠️ALERT: UNC Charlotte Students and families, please head to 8600 University City Boulevard. We are sending all students there to be reunified with their families.⚠️

Meanwhile, another alert from the school reports that law enforcement is “individually sweeping buildings on campus.”