‘You Get One Crack at It’: Manhattan Judge Rejects the NRA’s Latest Bid to Dismiss New York Attorney General’s Lawsuit 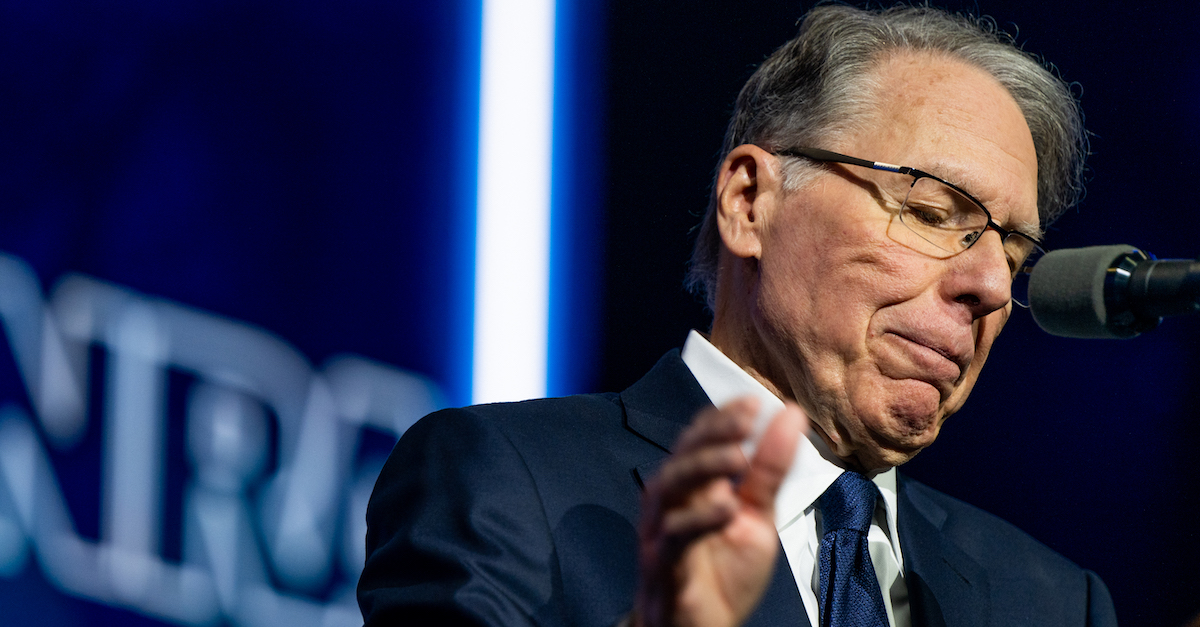 “The rule that you get one crack at it is an important one,” Manhattan Supreme Court Justice Joel Cohen ruled at the close of oral arguments on Thursday afternoon.

The judge added that the attorney general can seek a compliance monitor to oversee the National Rifle Association, if she proves the group’s pervasive financial malfeasance at trial.

At the end of two hours of arguments, he called it “premature” to take that remedy off the table.

Earlier this year, the judge tamped down on the ambitions of a previous version of the attorney general’s lawsuit. James asked to shut down the more than 150-year-old gun group for alleged violations of New York charity law, but in March, Cohen took the so-called “corporate death penalty” off the table as unwarranted.

The judge otherwise gave the green light to the original lawsuit, described in his ruling as “a grim story of greed, self-dealing, and lax financial oversight at the highest levels of the National Rifle Association.”

In an amended complaint, James continues to seek strong relief against the NRA and their longtime executive vice-president and CEO Wayne LaPierre.

The latest iteration asks for the judge to remove LaPierre from his position as executive vice president — and permanently barring him and other NRA executives from “serving as officers, directors, or trustees of any not-for-profit or charitable organization incorporated or authorized to conduct business or solicit charitable donations in the State of New York.”

LaPierre’s lawyer Philip Correll marveled at the breadth of the requested relief.

During lengthy oral arguments, counsel for the NRA and LaPierre both argued that the amended lawsuit seeks relief that the court has no power to grant.

“To look at it another way, the attorney general can’t rewrite a statute — nor can this court,” Correll said.

In a series of questions, the judge suggested that it was “premature” for the NRA to litigate the type of relief within his discretion before the evidence comes in at trial.

“At a very early stage of the case, before any facts have been proven, you’re saying that I have to limit the scope of remedies,” Cohen said.

Though proceedings are still in the pre-trial phase, extensive evidence related to the case bubbled into the public sphere through the group’s efforts to evade the attorney general’s lawsuit. LaPierre unsuccessfully tried to have the NRA declare bankruptcy in Texas, even though the group is flush with donations. The gambit backfired.

In damaging testimony during the NRA’s bankruptcy trial last year, LaPierre conceded that the NRA’s former public relations firm kept him clad in $300,000 worth of Italian suits from a Beverly Hills Zegna. He acknowledged flying exclusively via private air travel for him and his family and accepted trips on Hollywood producer Stanton McKenzie’s 108-foot yacht, “Illusions” — and insisted that those travel arrangements were for his safety.

The voyage, which took place in the Bahamas after the Sandy Hook massacre, suffered from more than bad optics. Regulators alleged a conflict of interest because McKenzie reportedly has stakes in companies that do business with the NRA.

Despite a stream of embarrassing headlines about their leader, the NRA overwhelmingly voted to reelect LaPierre to his position this past May.

Beyond her requests for a monitor and declaratory relief against executives, the attorney general also seeks financial penalties such as “full restitution to the NRA for the waste and misuse of its charitable assets.”

At the end of the hearing, Cohen noted that his rejection of the NRA’s motion does not mean strong relief is a given.

“Whether the relief will be appropriate is an entirely different story,” he said.