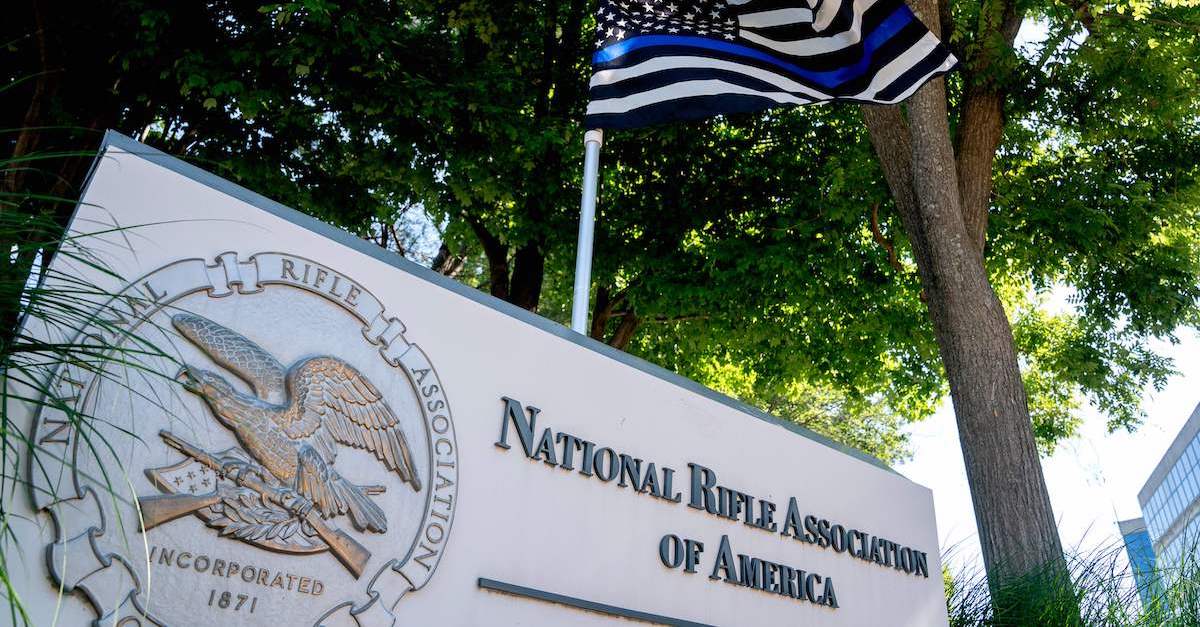 A thin blue line flag, signaling support for law enforcement, is displayed above the sign for the National Rifle Association (NRA) outside of its headquarters in Fairfax, Virginia, on May 31, 2022.

In early March, Manhattan Supreme Court Justice Joel Cohen advanced most of the attorney general’s lawsuit against the NRA save for the count described as the “corporate death penalty” — seeking the 150-year-old gun advocacy group’s dissolution.

The attorney general’s lawsuit accuses the NRA of violating New York non-profit law through financial malfeasance and self-dealing, particularly by longtime executive vice-president Wayne LaPierre. Her litigation, and the NRA’s failed attempt to declare bankruptcy in Texas, revealed evidence that LaPierre spent $300,000 on Italian suits from a Beverly Hills Zegna, flew exclusively via private air travel for him and his family, and accepted trips on Hollywood producer Stanton McKenzie’s 108-foot yacht, “Illusions.” McKenzie reportedly has stakes in companies that do business with the NRA, but LaPierre previously claimed the yacht trip was for his safety.

Despite writing that the attorney general’s claims present “a grim story of greed, self-dealing, and lax financial oversight at the highest levels of the National Rifle Association,” the judge added that “dissolving the NRA could impinge, at least indirectly, on the free speech and assembly rights of its millions of members.”

The attorney general says that the NRA shouldn’t get a second bite of the apple.

Their “arguments are barred by the single motion rule, which prohibits defendants from bringing serial motions to dismiss where, as here, the allegations against them remain unchanged,” her memo states.

James responded with an amended complaint asking the judge to appoint a “compliance monitor and a governance expert,” calling the request a “narrowly tailored remedy that will ensure that the NRA’s charitable assets are administered properly in furtherance of its charitable mission and for the benefit of its members.”

The attorney general denied the NRA’s characterization of the request for a monitor as “unprecedented.”

James likened the request for a monitor to what her office sought in a case involving child sexual abuse by clergy.

“The Attorney General has also sought the appointment of independent monitors or auditors on numerous occasions, primarily in investigations that were resolved through settlement, but also, in complaints,” the memo states. “For example, the Attorney General sought an independent compliance auditor in an action it commenced against the Diocese of Buffalo, after its leadership failed for years to fulfill their fiduciary duties to ensure that the Diocese responded to allegations of sexual abuse adequately.”

In that case, James accused the Diocese of failing to take action on sexual abuse allegations and covering up credible claims against priests.