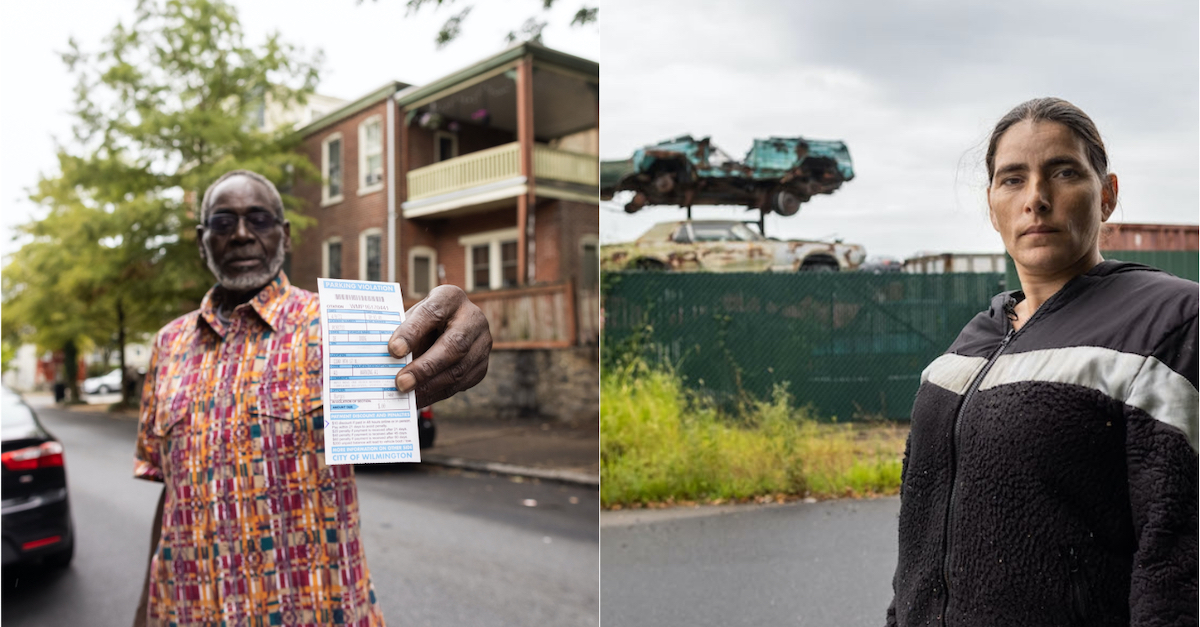 Delaware’s most populous city touted a supposedly “cost-free” method of towing cars allowing private companies to keep and scrap people’s cars. Two Wilmington residents challenged that system as “fundamentally unconstitutional” in a federal lawsuit asking a judge to put an end to that system and make them whole.

Their lawyers at the Institute for Justice (IJ), an Arlington, Va.-based nonprofit, describe the system as a “racket” in a press release—in the colloquial sense. The complaint does not allege racketeering.

Grandparents Ameera Shaheed and Earl Dickerson claim that this system violated their rights and left them helpless, without transportation.

“When they took my vehicle, it hindered me from being able to get around. I have a bad back. I can’t do a lot of walking,” Shaheed said in a statement. “I needed that vehicle. It was my pride and joy.”

“It was my only means of transportation,” he said in a statement. “And without that, I felt almost helpless.”

“Then, while her appeal of the tickets was pending, Defendants towed her car and refused to release it unless she paid the city $320. When Ameera couldn’t afford to do so within thirty days, Defendants scrapped her car and kept the entire value for themselves, even though the car’s value far exceeded the alleged ticket debt. Outrageously, Defendants didn’t even credit the value towards her parking tickets or compensate her for the loss. So Ameera lost her car and still owes $320,” documents said.

Unlike Shaheed, Dickerson concedes a petty traffic violation, but he says the punishment did not fit the alleged offense.

“Earl Dickerson didn’t move his car from its parking spot in time, so Defendants towed it. Earl paid the resulting ticket, but Defendants still refused to release his vehicle unless Earl paid an additional $910 that he absolutely did not owe,” the lawsuit continued. “Because he couldn’t afford to pay the ransom, Defendants scrapped Earl’s car and kept the entire value for themselves.”

According to the lawsuit, the duo have plenty of company.

“Wilmington is taking cars without any kind of procedural protections, holding them for ransom, and then refusing even to credit the value of the car toward the supposed ticket debt,” IJ’s senior attorney Rob Johnson said in a statement. “No private debt collector could ever get away with that. The city doesn’t get extra leeway to take private property just because it’s the government. To the contrary, we should be holding the government to a higher standard.”

They demand the return of their cars or their fair market value, if they have been scrapped. Their legal team also seeks an injunction blocking the practice as a violation of the Fourth Amendment protections against unreasonable searches and seizures and Fourteenth Amendment due-process guarantees.

Wilmington’s Law Department did not immediately respond to a telephone press inquiry.

(Photos courtesy of Institute for Justice)