Ninth Circuit Rules Against Parents in Lawsuit Over School’s Encouragement of Anti-Gun Protest: ‘Alleged Peer Pressure’ Is Not ‘Government Compulsion’ 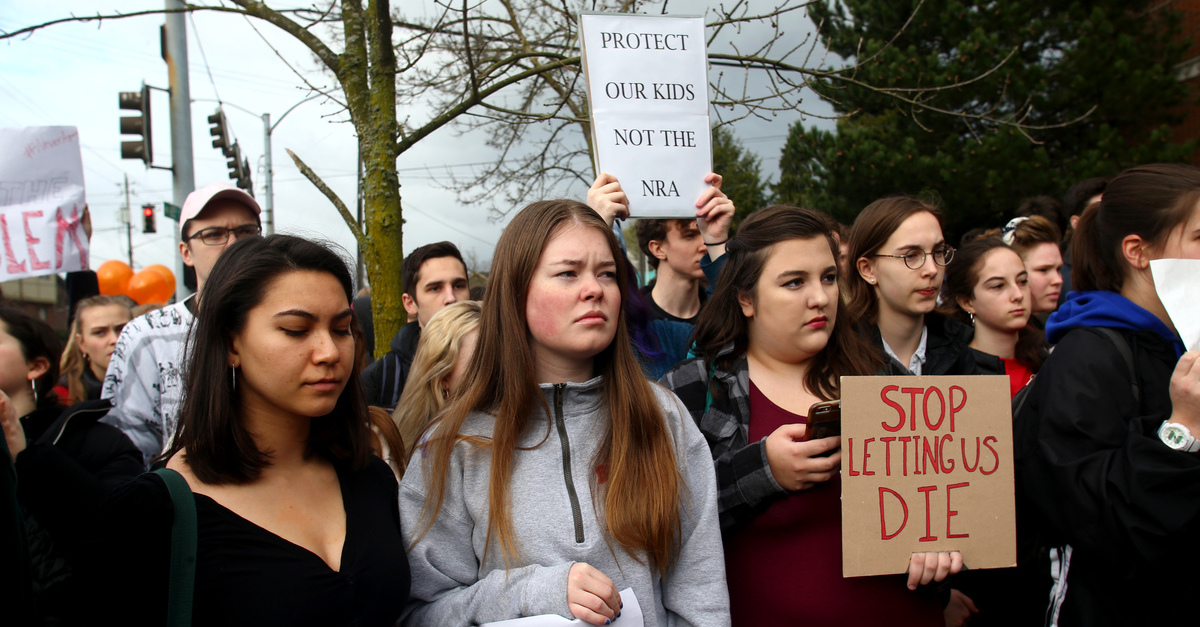 Students at Ballard High School participate in a walkout to address school safety and gun violence on March 14, 2018 in Seattle.  The protest appears to have been similar to the one referenced by the Ninth Circuit case from Portland, Ore.

The U.S. Court of Appeals for the Ninth Circuit ruled that peer pressure to join a school’s anti-gun protest is a far cry from a First Amendment violation.

After the shooting at Marjory Stoneman Douglas High School in Parkland, Florida, many schools across the country began to hold anti-gun protests. School District No. 1J in Portland, Ore., was one such school district. The district organized student walkouts during a special “protest period;” while students had the choice to opt out, they were expected to participate. Those who did opt out were not punished by the district, but some claimed to have experienced bullying and social ostracism from their peers. When their parents complained, the school district took no action.

These parents then sued the district, claiming misuse of their taxpayer funds and violation of their children’s First Amendment rights. They lost at the district court level, now again on appeal as the Ninth Circuit upheld the dismissal of their complaint.

The court made short work of the claim for misuse of tax funds. Taxpayers are not permitted to bring lawsuits simply when they dislike school policies. The court found that “the Complaint only alleges expenditures in the form of ‘ordinary costs’ associated with operating the School District.” The plaintiffs had simply divided the district’s annual budget by the number of school days and estimated the cost of “lost staff and instruction time.” Given that no special funds were spent on the gun protest events, the court found that the “[p]laintiffs’ ‘grievance . . . is not a direct dollars-and-cents injury,’ but rather an ideological dispute about the content of the school day.” Therefore, they lacked standing to raise this challenge at all.

By contrast, the court ruled that because a student might have participated in the protest despite feeling uncomfortable with doing so, the plaintiffs did have standing to bring a compelled-speech claim. Their standing aside, though, the claim still failed in its entirety on the merits. Simply stated, the plaintiffs did not claim anything that amounted to “compelled speech.”

[image via by Karen Ducey/Getty Images]