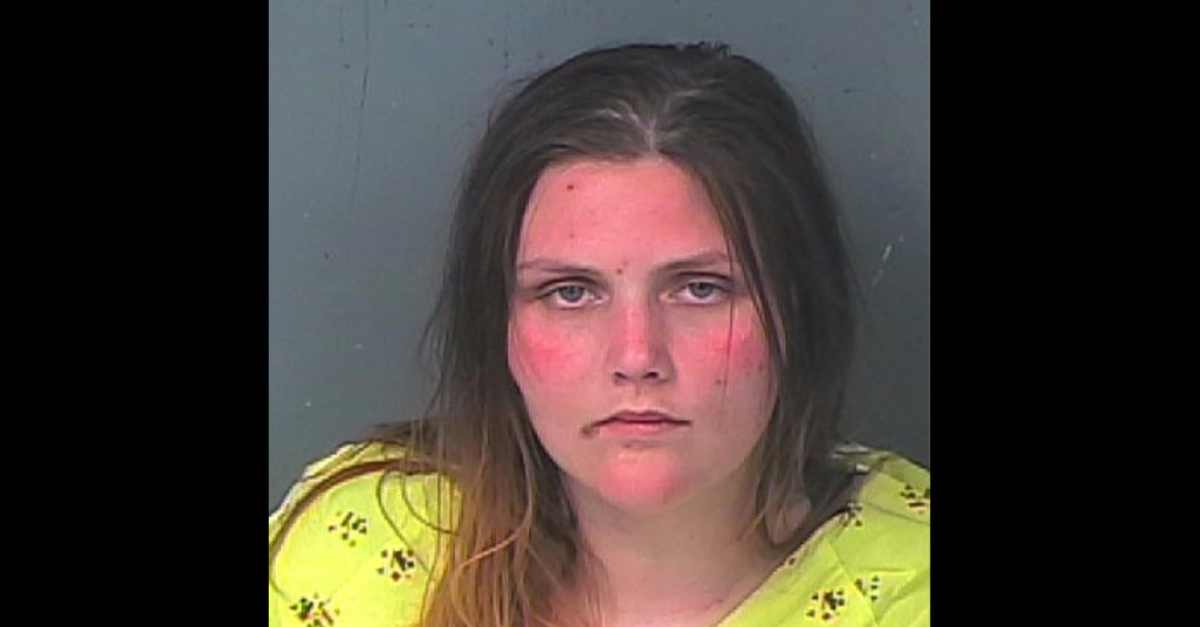 Troopers got an alert from the Gilchrist County Sheriff’s Office about a stolen vehicle going southbound on I-75 in Sumter County, said the Florida Highway Patrol in a statement obtained by Law&Crime. Troopers spotted the vehicle, a 2009 Cadillac sedan, on I-75. Officials tried to pull the driver over in Hernando County, but she allegedly fled, driving at more than 110 m.p.h., authorities said. She allegedly changed lanes and passed other vehicles using the shoulder of the road.

Deputies followed her from the highway to State Road 52 and stopped her with a PIT maneuver, authorities said. That was the purported end of the multi-county pursuit.

Rachel Lynn Stefancich, 24, of Plant City, was arrested Saturday after troopers say she drove a stolen vehicle at speeds of more than 110 miles per hour while eluding law enforcement along I-75.​ https://t.co/67Y4G0PzAL

Stefancich, a resident of Plant City in Hillsborough County, was described as “nearly fully unclothed.” She was booked into the Hernando County Jail for vehicle theft, resisting an officer, possession of drugs, a moving traffic violation, and possession of drug paraphernalia, records show.

Online records do not name an attorney. She remains at the Hernando County Jail as of Tuesday morning.