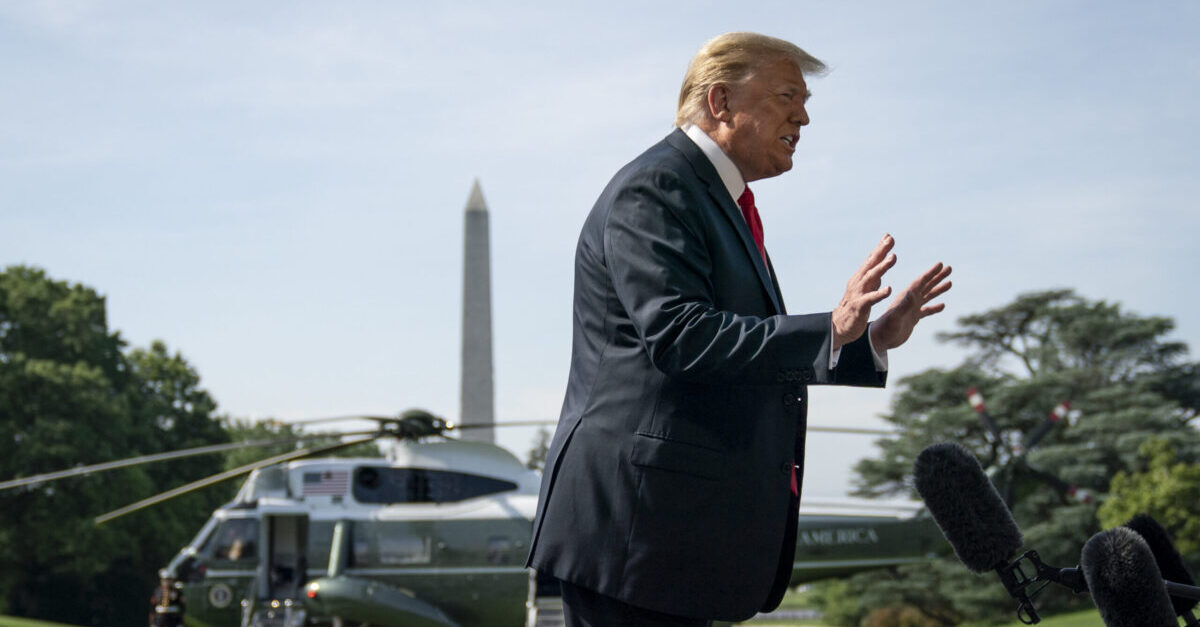 A coalition of free speech and free expression groups asked a judge late Tuesday to accept a supporting brief in Mary L. Trump‘s legal battle against her family over the publication of a controversial memoir. The book promises to contain embarrassing and shocking details about the wealthy and powerful President Donald Trump and Mary L. Trump’s other relatives.

Filed by the Reporters Committee for Freedom of the Press, the Association of American Publishers, and the PEN American Center, the amicus brief comes on the heels of a county judge in New York State issuing a preliminary injunction which barred Simon & Schuster from moving forward with the publication of Too Much and Never Enough, How My Family Created the World’s Most Dangerous Man.

“Any restraint on publication of the Book is an unconstitutional prior restraint on speech,” the brief argues. “A restraint of just one day is an unacceptable affront to the First Amendment and Article 1, Section 8 of the New York Constitution—a restraint of more than a week, as this Court has already ordered, is extraordinary.”

The First Amendment advocacy groups claim a “powerful interest” in making sure the reviewing court “summarily reject[s]” the request made by Robert Trump to halt all “further publication” of the book.

“There can be no doubt that the Book’s subject matter is of immense public interest; it is a first-hand account of the man who now holds the highest elected office in the United States government, from the perspective of a member of his own family,” the filing argues.

The courtroom fight here will largely center on the concept of “prior restraint,” a form of government action that stops speech before it starts and which is typically achieved via the decision of a judge.

The First Amendment has, for decades, placed severe and almost vertiginous barriers to prior restraints on political material–though non-political prior restraint grants are exceedingly common.

“The Supreme Court has, time and again, uniformly made clear the First Amendment’s fundamental role in protecting the publication and dissemination of speech—especially speech critical of government officials—from prior restraint,” the brief continues before citing the precedent on point here. “Indeed, forty-nine years ago this month, in the Pentagon Papers case, the Supreme Court of the United States reaffirmed this ‘deep-seated American hostility to prior restraints,’ in a case in where the government sought to prevent the dissemination of speech in the name of national security.”

In this case, however, the Trump family has sought to cast the issue as simply a breach-of-contract due to Mary L. Trump allegedly violating a non-disclosure agreement (NDA) she signed years ago during the dispensation of Trump family patriarch Fred Trump‘s estate.

The Pentagon Papers case established a “heavy presumption” against the constitutionality of such requested injunctive relief as sought by the Trumps. This standard, the free speech coalition claims, has not been met “and most assuredly cannot” be met.

In order to bridge that legal gap established by the nation’s high court, a plaintiff seeking prior restraint generally has to prove that the public would be seriously and irreparably harmed.

And that, the groups claim, is not likely to be established.

“Simply put, even assuming [for the sake of argument] that the confidentiality stipulation at issue here could be enforced, consistent with constitutional guarantees, against Defendant Mary L. Trump—which it cannot be—Plaintiff would be limited to post-publication remedies,” the amicus brief continues.

In other words, the filing argues that the contract issue is being used in an effort to mount an end-run around the U.S. Constitution.

But, the amicus brief notes, that’s not how the law works.

“First Amendment-compelled limits on the relief a court can grant apply fully in disputes between private parties,” the filing points out. “[And] even aside from the extraordinary relief sought here—an outright book ban—it is well-settled that contractual provisions contrary to public policy, particularly confidentiality provisions with the sweep that Plaintiff attempts to give the confidentiality stipulation at issue, are void and unenforceable.”

The arguments advanced in the amicus brief more or less echo those of the book’s would-be publishers.

In a Tuesday night filing the publishing house argued:

The relief requested by Robert Trump—a prior restraint prohibiting Simon & Schuster, Inc. from publishing Mary Trump’s memoir, Too Much and Never Enough —is the “most serious and the least tolerable infringement on First Amendment rights.” Remarkably, while asking for this most exceptional of remedies, Mr. Trump identifies no misconduct by Simon & Schuster. Instead, Mr. Trump believes that simply because he alleges that Ms. Trump violated a nondisclosure agreement, one that Simon & Schuster did not know about and was not a party to, he may force Simon & Schuster to stop the presses and throw the brakes on the delivery trucks, halting publication of the Book. Such an outcome would be unprecedented in this country. Mr. Trump has not even attempted to make the requisite showing that the public would be harmed by the publication of the Book and, absent that showing, his requested injunctive relief must be denied.