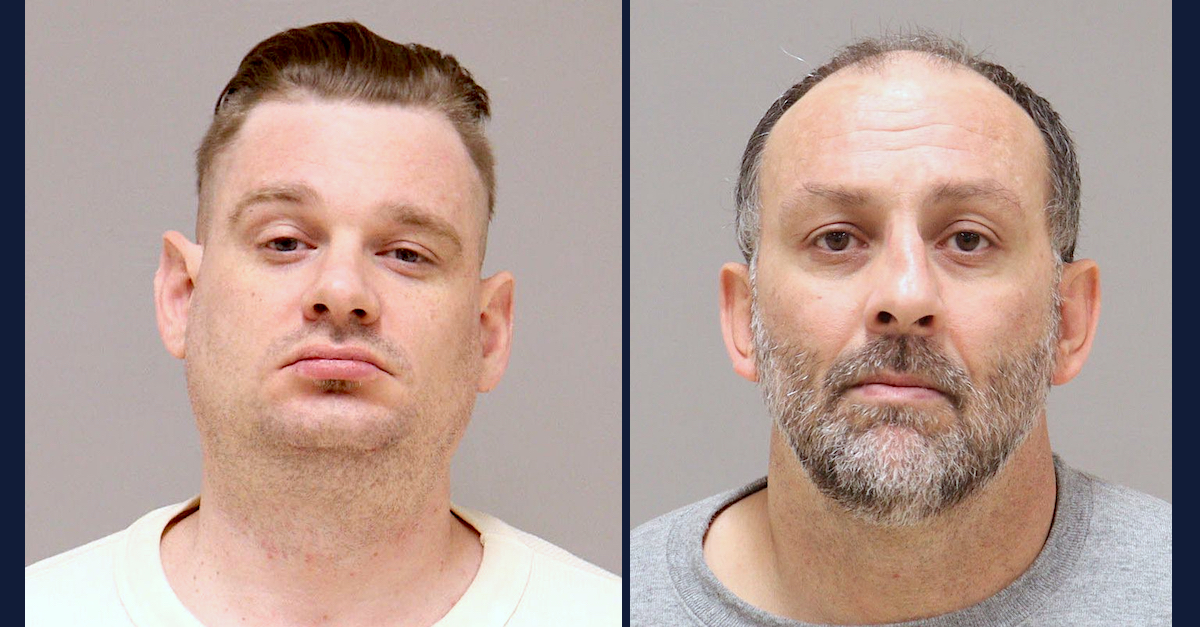 A federal jury in Michigan on Tuesday convicted two men of being ringleaders in a plot to kidnap Gov. Gretchen Whitmer, a Democrat, according to multiple reports. The case has been the subject of myriad claims of entrapment, but that defense fell flat.

The jury found Adam Fox, 39, guilty of kidnapping conspiracy and conspiracy to use a weapon of mass destruction, according to Detroit News reporter Robert Snell.

The jury found Barry Croft, 46, guilty of kidnapping conspiracy, conspiracy to use a weapon of mass destruction, and possession of an unregistered destructive device.

Croft was from Bear, Delaware; Fox was described as living in the basement of a vacuum cleaner store in the Grand Rapids, Michigan area.

A previous federal jury deadlocked on charges connected to Fox and Croft. Two others, Daniel Harris and Brandon Caserta, were acquitted during that earlier trial.

The Detroit News said “prosecutors salvaged” the cases against Fox and Croft. The newspaper described the matter as “the largest domestic terrorism case in a generation that has shed light on political extremism in Michigan.”

Six men were arrested in October 2020 in connection with an alleged plot to kidnap Whitmer in furtherance of a plan to violently overthrow the government. The men were indicted by a federal grand jury in December 2020.

According to prosecutors, a high-stakes undercover operation involving confidential sources and clandestine recordings resulted in information about a group that was allegedly planning to kidnap Whitmer.

“This group used operational security measures, including communicating by encrypted messaging platforms and used code words and phrases in an attempt to avoid detection by law enforcement,” the Justice Department said while announcing the arrests.

Members of the group allegedly conducted surveillance on Whitmer’s vacation home, discussed using explosive devices to divert police from the vicinity of the home, and inspected a potential location to place the explosive.

“Fox purchased a taser for use in the kidnapping,” prosecutors said while announcing the arrests, and his “group successfully detonated an improvised explosive device wrapped with shrapnel to test its anti-personnel capabilities.”

Authorities called the accusations “deeply disturbing” and referred to the men as “alleged extremists” when filing charges. 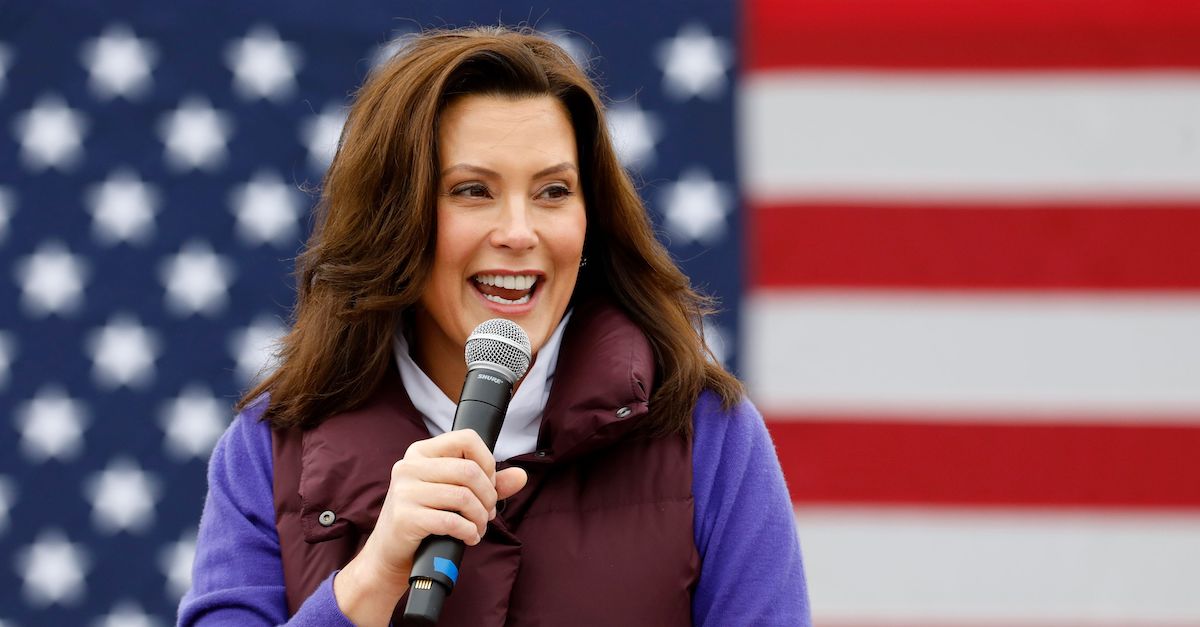 During the initial trial, defense lawyers mounted an entrapment defense. Right-wing pundits have for more than a year asserted that the FBI set the plot in motion and that the defendants were cajoled into going along with it.

Fox attorney Christopher Gibbons said during closing arguments this time around that the FBI was “not supposed to create domestic terrorists” and then subsequently arrest them, according to a recap of the case by the New York Times.

Former President Donald Trump said on Aug. 6 that the case against the men was “fake” and suggested that Whitmer was in no real danger:

The thing they did involving Gretchen Whitmer was fake. Just like those who instigated January 6. It was a fake. Fake. Fake deal. Gretchen Whitmer was in less danger than the people sitting in this room right now, it seems to me. We look to see what happened and trials are going on all over the place, I guess a lot of people are being exonerated, aren’t they?

After listening to the evidence, a jury unanimously disagreed and convicted Fox and Croft.

Croft’s attorney said his client was “frankly high on marijuana all the time.”

Fox’s attorney also attempted to blame some of Fox’s conduct on pot, according to the AP.

Undercover FBI agent Mark Schweers said he drank beer and posed as what the AP described as a “like-minded rebel” while the defendants smoked weed and met with “members of a paramilitary group.”

Dan Chappel, who the wire service described as the “most important FBI informant” in the case, testified about driving to Whitmer’s vacation home while Fox smoked marijuana and checked out a boat launch.

“You can’t just strap on an AR-15 and body armor and snatch the governor,” federal prosecutor Nils Kessler reportedly said during closing arguments.

Under the law of entrapment, undercover government agents can suggest nefarious deeds, as Law&Crime has previously explained in detail. The U.S. Supreme Court and other courts have explained that when defendants exhibit “predisposition” — that is, that they were “ready and willing without persuasion” to commit a crime and were “awaiting any propitious opportunity to commit the offense,” they are not entrapped.  Though there is some disagreement in the case law about the precise parameters of law of entrapment, the legal test employed generally measures a defendant’s propensities and inclinations regardless of an undercover agent’s involvement. If a defendant is already on track to commit a crime and an undercover agent merely greases the rails and helps make the crime happen, entrapment does not occur.

A successful entrapment defense generally shows a defendant’s “unreadiness” to commit the crime. An “unready” defendant is one who is badgered or pushed by the government into committing an illegal act after refusing or expressing clear doubts and misgivings about so doing.

“Inducement by law enforcement officials may take many forms including persuasion, fraudulent representations, threats, coercive tactics, harassment, promises of reward, or pleas based on need, sympathy or friendship,” one U.S. Court of Appeals case from the Washington, D.C. Circuit explains. However, a “solicitation, request or approach by law enforcement officials to engage in criminal activity, standing alone, is not an inducement.”

Here, an entrapment defense did not convince a jury.

Some of the original charging documents in the case are here: