‘She Is Running Out of Time’: Judge Orders Gender Confirmation Surgery Review for Federal Prison Inmate 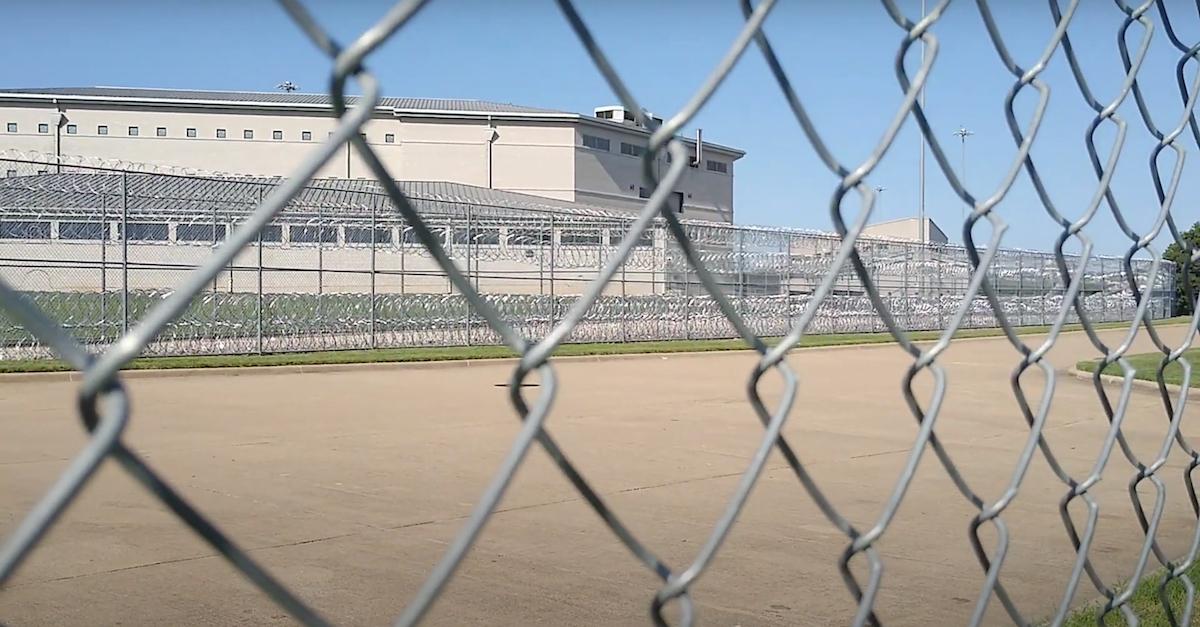 The Federal Medical Center at Carswell appears in a YouTube screengrab.

A federal judge has ordered the Federal Bureau of Prisons to evaluate a transgender inmate’s request for gender confirmation surgery, or GCS, according to a Monday memorandum and order.

Chief Judge Nancy J. Rosenstengel, a Barack Obama appointee in the Southern District of Illinois, ruled that the Transgender Executive Council, or TEC, within the Bureau of Prisons must evaluate inmate Cristina Nichole Iglesias, 47, for surgery by Jan. 24, 2022. After that evaluation, Judge Rosenstengel issued several pages of specific instructions and timelines for the defendants to meet depending on whether the TEC recommends or declines to recommend the inmate for surgery by the aforementioned date. For instance, if the TEC determines that Iglesias is suitable for surgery, the Bureau of Prisons must “[f]ile notices regarding the progress of securing a surgeon every seven days until a surgeon is secured and a surgery is scheduled,” the judge wrote. Contrarily, if the TEC determines that Iglesias is not a proper candidate for surgery, the Bureau of Prisons must:

Provide this Court the full transcript of the TEC’s meeting where it discussed Iglesias for GCS. The transcript must be emailed to chambers within fourteen days.

If, after a review, Iglesias is okayed for GCS after an initial review but is ultimately deemed “unsuitable for surgery,” the Bureau of Prisons must file additional paperwork with the court “explaining all medical reasons” why that is the case, the judge ordered.

The beginning of the judge’s 61-page document reviews the core facts of the case.

“Iglesias knew from a very young age that her body and sex assigned at birth did not match her true identity,” the document states. “Shortly after arriving in BOP custody in 1994, Iglesias was diagnosed with gender identity disorder (‘GID’). Her diagnosis was updated to gender dysphoria to reflect the Diagnostic and Statistical Manual Version 5 (‘DSM-5’). Despite her diagnoses, Iglesias was denied hormone therapy until 2015.”

The Bureau of Prisons denied the inmate’s “requests for GCS because she did not meet the requirements to be transferred to a female facility and her hormone levels had not been maximized or stabilized,” the document continues. Among the reasons, according to the document, were that Iglesias “had not reported major emotional or environmental problems during her last visit with psychological services.”

The judge seemed to quickly rubbish those rationales and findings as follows:

Throughout her time in BOP custody, Iglesias has reported sexual abuse and harassment, but BOP staff has failed to protect her. Iglesias’s mental health has severely deteriorated because of the trauma she has experienced from being denied necessary treatment for her gender dysphoria and harassment at male facilities. Iglesias has been on suicide watch multiple times while in BOP custody and has attempted self-harm. Iglesias has and will continue to endure mental and physical harms because of the BOP’s mistreatment of her gender dysphoria.

After Iglesias filed a court case against the Bureau, she was moved to a “female facility,” the Federal Medical Center at Carswell. That facility is located in Fort Worth, Texas; records say Iglesias remains there as of the time of this writing.

“There is an inadequate remedy at law as money will not make Iglesias whole,” the judge also noted. “She is at risk for suicide, and her psychological condition will continue to deteriorate.”

“[S]he is running out of time,” the judge also said. “Iglesias suffers daily and is at risk of self-mutilation and suicide.”

From the judge’s order at length:

Iglesias testified that having gender dysphoria is a living hell. Again, she suffers from anxiety every single moment and panic attacks as well. Iglesias explained that “self-castration or suicide is always there.” While she has access to bras, panties, and makeup, Iglesias’s gender dysphoria is not completely alleviated. In fact, Iglesias still painfully tucks her penis between her inner thighs and pushes her “testicles up into a little hole on top so [she] can’t see anything.” Besides tucking, Iglesias has thought again about performing GCS on herself or committing suicide and has been told by staff that “the BOP was just trying to run the clock out on [her] lawsuit and that they were not trying to give [her] any kind of treatment . . . .” Iglesias has these thoughts because she is tired of being tormented every day.

The judge concluded that the Bureau of Prisons and other named individual defendants — all of whom are officials within the prison system — were “deliberately indifferent” to the plaintiff’s conditions.

The defendants had urged the judge to defer to their evaluations of the defendant’s security needs and risks, medical condition, hormone levels, and other policies. The judge declined to do so.

“[A]dministrative convenience and cost may be, in appropriate circumstances, permissible factors for correctional systems to consider in making treatment decisions,” the judge said while quoting a Seventh Circuit case from 2011. However, “the Constitution is violated when they are considered to the exclusion of reasonable medical judgment about inmate health.”

The ACLU of Illinois heralded the judge’s order. The organization called the decision the “first time ever” that “a federal court has ordered the federal Bureau of Prisons . . . to evaluate a transgender woman for gender-affirming surgery.”

“This care would end the years of suffering Cristina Nichole Iglesias has experienced from being denied adequate medical care while in federal custody,” the ACLU continued in a press release.

The ACLU said that “no prisoner — past or present — has ever yet received gender-affirming surgery” from the federal government and suggested that the preliminary injunction secured by Iglesias may be a harbinger of things to come.

“For years, Cristina has suffered greatly from the denial of appropriate healthcare and the constant threats to her life while in BOP detention,” said John Knight, an ACLU attorney who represents Iglesias. “Cristina has fought for years to get the treatment the Constitution requires. The Court’s order removes the unnecessary hurdles and delays BOP has repeatedly constructed to prevent her from getting the care that she urgently needs.”

The ACLU added that Iglesias has been in custody for “more than 27 years” and “has been denied basic medical care to treat her gender dysphoria and was housed in men’s prisons for more than two decades, where she experienced severe physical and sexual violence.”