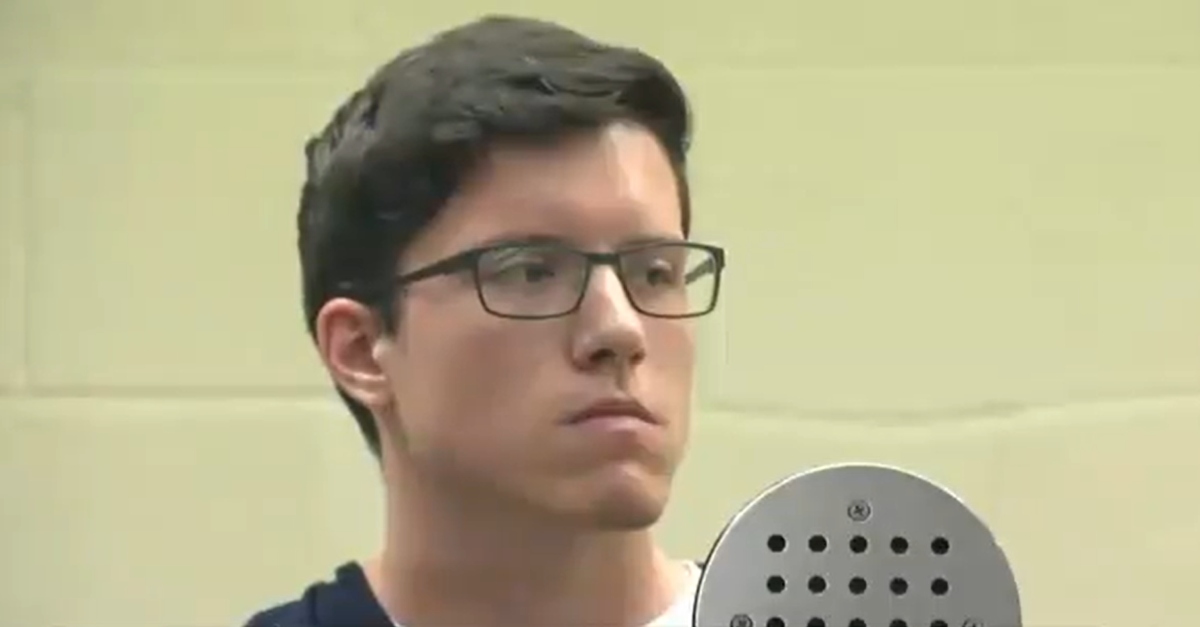 Once again, the San Diego County synagogue shooter was sentenced in life in prison for murdering a congregant and injuring three other people in a bigoted attack, on April 27, 2019, the last day of Passover. John T. Earnest, 22, had pleaded guilty to a 113-count indictment in federal court.

Witnesses at the time said that Lori Gilbert Kaye, 60, stepped in front of Rabbi Yisroel Goldstein during the shooting at the Chabad of Poway. Kaye died, but Goldstein survived, albeit losing an index finger. Noya Dahan, then 8, reportedly sustained shrapnel to her face and leg, while Almog Peretz, then 34, got shrapnel in the leg while saving several children.

Earnest also admitted to previously committing arson at the Dar-ul-Arqam mosque in Escondido, confessing that he did so because he hated Muslims.

Earnest was sentenced on Tuesday in the Southern District of California to life followed by 30 years in prison. A state court sentenced Earnest to life in prison this July.

“According to court documents, after several weeks of planning, on the morning of April 27, 2019, Earnest drove to the Chabad of Poway synagogue, where members of the congregation were gathered for religious worship,” the U.S. DOJ wrote Tuesday. “Earnest entered the building armed with a Smith and Wesson M&P 15 assault rifle that was fully loaded with a 10-round magazine. He wore a chest rig which contained five additional magazines, each loaded with ten rounds of ammunition. Earnest opened fire, killing one person and injuring three other members of the congregation, including a then eight-year-old child. After Earnest emptied his initial magazine, several congregants rushed at Earnest. Earnest fled in his car and, shortly after, called 911 and confessed that he had ‘just shot up a synagogue.’ Earnest was apprehended by local law enforcement who found the rifle and additional ammunition in his car.”

Earnest posted a manifesto on the Internet before the attack, broadcasting a vicious anti-Semitism.

“I can only kill so many Jews,” he wrote.

“I only wish I killed more,” he wrote.