Juror Stephen Meile Fined $11k For Conducting His Own Research

Juror Fined More Than $11,000 for Doing His Own Research, Causing Mistrial in Case of Alleged Assault on Immigration Officer 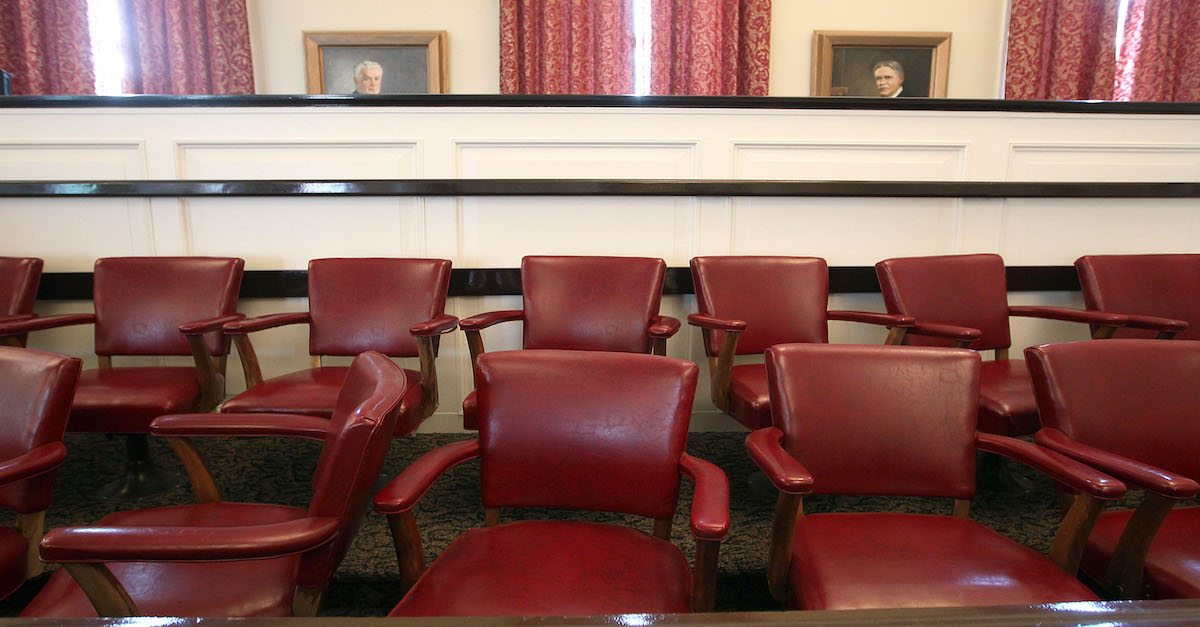 A juror in federal criminal trial in New Jersey must pay a fine of more than $11,000 after conducting his own research on a case, a judge ordered on Tuesday.

The juror, identified in a concomitant court docket as Stephen Meile of Lumberton, N.J., was called before U.S. District Court Judge Robert B. Kugler after another juror reported him to court officials.  According to court records (citations omitted):

[A]fter swearing in the jurors, the Court read Preliminary Instructions to the jury. The Preliminary Instructions prohibited jurors from conducting any research or making any investigation on their own into any matters relating to this case or this type of case. This Court advised the juror panel that it would be improper for the jurors to supplement the information about this case with outside research. The Court ordered the jurors to not visit the scene, conduct experiments, consult reference works or dictionaries, or search the internet, websites or blogs for additional information, or use a computer, cellular phone, or other electronic device or tool of technology, or any other method, to obtain information about the case, the type of case, the parties in the case, or anyone else involved in the case. Throughout trial, the Court repeatedly admonished the jury not to conduct any outside research into matters related to the case in any way.

Disobeying those strict orders resulted in a Tuesday hearing for Meile. According to court records, it ended with this order from the judge:

Order to be entered.

A press release from the U.S. Attorney’s Office for the District of New Jersey indicated that the juror — who was named in public court records but not in the press release — conducted the unauthorized research “[d]uring a recess in the trial.”

“He then shared his findings with the other jurors during deliberations, causing a mistrial,” the press release continued. “The fine represents the court’s costs associated with empanelling [sic] the jury for the trial.”

According to a letter from the judge to defense attorneys in the case Meile was called to hear, the $11,227 dollar figure “includes the daily fee” jurors were paid for serving, mileage to and from the courthouse, and meal allowances. Meile’s cost to the system was $311.82, that same letter indicates.

It is not immediately clear from the available documents precisely what Meile was attempting to research or what information he found which damaged the proceeding to the point it needed to be shut down and a fine ultimately levied.

As a matter of legal policy, jurors are not allowed to conduct their own research into cases because allowing them to do so would upend the constitutional guarantee of due process under the Fourteenth Amendment.  The rules of evidence and various high court decisions dictate what jurors can and cannot hear, and outside research would, in effect, nullify those provisions which have been wrought and fought over the centuries through literal trial and literal error — all in a long quest for purer forms of justice.

The underlying case the juror was empaneled to hear was the trial of Kevin Ruiz-Quezada, who was accused of assaulting an Immigration and Customs Enforcement Officer in December 2017, court documents indicate.

Ruiz-Quezada is described in those documents as a “native and citizen of Nicaragua” who became a “lawful permanent resident” in May 2001. He was “convicted of offenses” in a New Jersey state court in 2002 and 2005, leading federal officials to seek his deportation in 2017. It was during his attempted arrest “to compel his appearance before the Immigration Court for removal proceedings” that he “attempted to flee” back into his Pennsauken, N.J. home, a federal criminal complaint alleges. While so doing, the defendant “ignored . . . commands to stop and struggled with the Officers while moving into the house,” the court documents also allege.

One of the officers is said in court papers to have “suffered bodily injury” — a “ruptured flexor tendon on his ring finger, which required surgery to repair.”

Ruiz-Quezada will now be tried again.

Read the documents in both cases below.