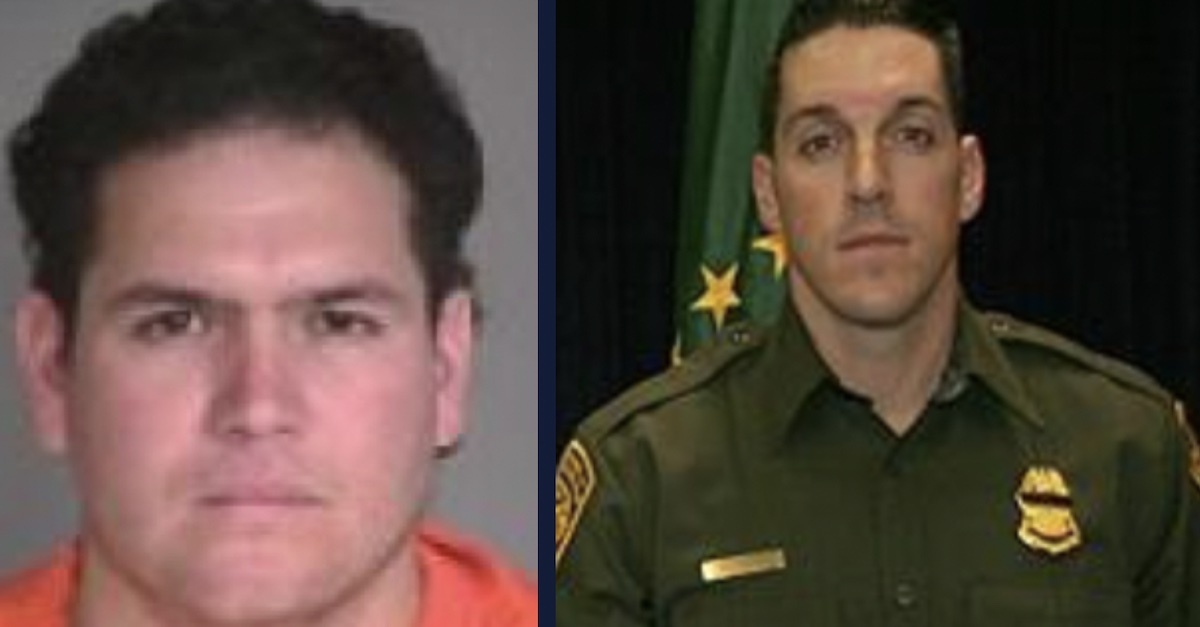 A Mexican citizen who was part of an armed robbery crew that killed a U.S. Customs and Border Protection agent in 2010 is to spend 50 years in federal prison, ending a years-long legal saga that included two trials and a seven-year stint as a fugitive.

Jesus Rosario Favela-Astorga, 41, is the seventh and final defendant to be sentenced for the murder of Agent Brian A. Terry, who had been assigned to the desert near the Arizona-Mexican border with other members of the Border Patrol Tactical Unit.

The agents were to apprehend robbers such as Favela-Astorga, who snuck into the United States with other men armed with assault rifles, intent on robbing marijuana smugglers. A gunfight erupted on Dec, 14, 2020, close to midnight in a rural area north of Nogales, Arizona, at Mexico border, as the agents tried to arrest Favela-Astorga and his cohorts.

Terry died from a gunshot wound to his back that severed his spinal cord and aorta. Favela-Astorga spent seven years on the lam before Mexican authorities arrested him in October 2017 on a warrant issued at the U.S.’ request. He was extradited in January 2020, then agreed to plead guilty in April 2022 to second-degree murder.

Chris Ormerod, acting special agent in charge of the FBI’s Phoenix office, said he hopes the 50-year sentence imposed this week “will help bring a degree of comfort to Agent Terry’s family in knowing that all the individuals responsible for his murder have been brought to justice.”

“For over the last decade, the FBI and our partners have worked to bring justice to all involved in the killing of agent Brian Terry,” Ormerod said in a press release from the U.S. Department of Justice. “We will not and did not waver in our commitment to ensure that those who commit acts of violence against law enforcement officials will be held accountable and punished to the fullest extent of the law.”

Prosecutors said in a sentencing memorandum that they still don’t know who fired shots but said the detail is “immaterial” in the legal theory that led to everyone in Favela-Astorga being prosecuted for Terry’s death.

Favela-Astorga had been deported from the United States after serving a prison sentence for possessing marijuana for sale in a case prosecutors said also involved 13 assault rifles.

“He responded 10 months after his release from prison and deportation to Mexico by slipping back into the country with the crew that killed Agent Terry,” according to the memo. There were five men at the scene that night “armed with four AK-47-style assault rifles and an AR-15 assault rifle and had food to last for day.”

Prosecutors said they still don’t know who fired shots that night, but they said the detail is “immaterial” in the legal theory that led to everyone in Favela-Astorga being prosecuted for Terry’s death.

“Whoever fired knew they were shooting at law enforcement. At worst they had reasonable cause to think that,” according to the five-page memo from Assistant U.S. Attorney Peter Ko from the San Diego’s Southern District of California, who prosecuted the case in Arizona on special assignment. “At any rate everyone in the group was armed for bear and hunting a confrontation. A shootout to escape was predictable, not just foreseeable.”

Mexican authorities arrested Favela-Astorga in October 2017 based on a provisional arrest warrant issued at the request of the United States. He was extradited to the United States in January 2020.

After years of courtroom appearances, Ko said even “familiarity and passage of time cannot obscure the crime’s severity.”

“Terry’s murder in the line of duty by itself places this among the most aggravated offenses deserving high penalties. The context pushes it to the top. Favela’s crew breached the nation’s border to commit acts of violence and other crimes then assaulted and killed U.S. agents to get away,” Ko wrote.

The men abandoned at the scene of the shooting Manuel Osorio-Arellanes, a cohort who had been shot in the stomach by agents. Now serving 30 years in prison for first-degree murder, Osorio-Arellane helped investigators identify “other members of the robbery crew who were fugitives,” according to the DOJ press release.

Co-defendants Ivan Soto-Barraza and Jesus Lionel Sanchez-Meza are serving life in prison after a jury convicted them in December 2015 of first-degree murder. A third man, Heraclio Osorio-Arellanes (Manuel’s brother) also is serving life in prison after a jury convicted him in February 2019. Rosario Rafael Burboa-Alvarez, who wasn’t present when Terry was shot, is serving 27 years after pleading guilty to first-degree murder for recruiting the robbers. A robber arrested on an immigration charge two days before the shooting, Rito Osorio-Arellanes, is serving eight years for conspiracy to interfere with commerce by robbery.

Prosecutors recommended Favela-Astorga receive a slight reduction in his sentence for accepting responsibility through his guilty plea, but they didn’t recommend an additional reduction because he “waited over two years until two weeks before trial to plead guilty.”

“The prosecution expended many hours for months preparing for trial. (Not that it makes a difference; the range we calculate is the same with or without the additional level.),” according to the memo. Prosecutors said Favela-Astorga’s years as a fugitive caused “Terry’s family, friends, and colleagues lived with uncertainty about his killers’ fates.”

Favela-Astorga grew up in poverty in Estacion Hoyancos, a “rural farming and ranching community” in Sinaloa, Mexico, according to his defense memorandum, helping his mother by selling her homemade ice cream and candies for a peso each at a nearby train station before setting out to perform “backbreaking labor” in agricultural fields. His father was a strict disciplinarian who beat him with “broomsticks, water-hoses, belts and other objects, often leaving Jesus with scars on his head and arms and legs,”

“Nevertheless, Jesus enjoyed a close relationship with his father and had a profound respect for both of his parents,” wrote his court-appointed lawyer, F. Michael Carrillo in Tucson, Arizona.

Favela-Astorga “did not shoot his weapon” during the gunfight, according to Carrillo’s seven-page memo, and he never intended to harm Terry or any other agent.

“Rather, immediately after hearing gun shots, Jesus dropped his weapon. He started to run and did not stop until he heard helicopters in the air, which was likely hours after the shooting,” Carrillo wrote. “Jesus remains sincerely remorseful as he realizes that had he not been in the desert in December of 2011, there is a possibility that Agent Terry would still be alive.”

Carrillo asked for a sentence of 35 years, but Ko said a 50-year sentence “is just and deserved for the crime.”

Senior U.S. District Judge David C. Bury of the District of Arizona agreed, imposing a 50-year sentence on Wednesday in Tucson. If Favela-Astorga completes his sentence, he’s to be on probation for five years after his release.