Riverdale Actor Gets Life in Prison After Confessing He Targeted Trudeau in Plot, Killed Mom as She Played Piano 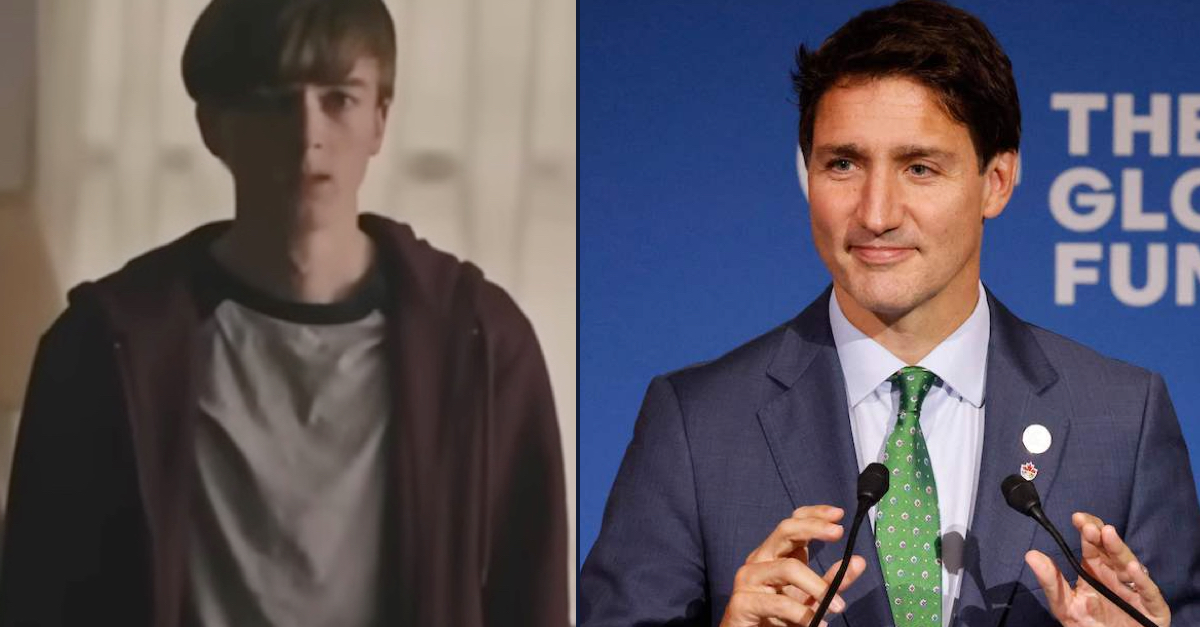 An actor who appeared in the television show Riverdale has been sentenced to life in prison after confessing that he killed his mother and had briefly plotted to kill Canadian Prime Minister Justin Trudeau.

Canadian actor Ryan Grantham, 23, was sentenced Wednesday in the Supreme Court of British Columbia, according to CTV. He had pleaded guilty to second-degree murder for killing his mother, 64-year-old Barbara Waite, on March 31, 2020, the report said.

Grantham has admitted to firing the single fatal shot that killed his mother as she played piano, according to CTV. Grantham then reportedly lit candles, hung rosaries over the piano, and prayed before he left their home in Squamish, British Columbia, about an hour north of Vancouver.

CTV reported that Grantham didn’t want his mother to see what he perceived as his failings.

At the time of Waite’s death, Grantham had apparently intended to kill Prime Minister Trudeau. He had a printed map with directions to Rideau Cottage, the Prime Minister’s residence in Ottowa, some 2,700 miles east of Vancouver. Grantham didn’t make it, however: when he reached the city of Hope, almost 100 miles east of Vancouver, he turned around and drove to police headquarters in Vancouver, where he surrendered himself to authorities.

Grantham had also apparently considered carrying out massacres at Simon Fraser University and the Lions Gate Bridge in Vancouver.

He will be eligible for parole after 14 years. CTV reported that Justice Kathleen Ker encouraged Grantham to attend classes and counseling while incarcerated.

“I won’t sugar coat it, this will be hard,” she reportedly said. “As you go forward, continue on your path of treatment, remain true to the commitment you told me (during the sentencing hearing) about bettering yourself.”

CTV reported that Grantham had apologized for killing his mother during his sentencing hearing in June.

“My mother was a caring, compassionate, loving person,” he reportedly said. “She did nothing to deserve what I did to her.”

“In the face of something so horrible, saying sorry almost seems pointless,” he also said, according to CTV, as emotional family members sat in the front row of the courtroom gallery. “But from every fibre of my being, I am sorry.”

According to the report, a forensic psychologist said that Grantham’s mental state was “far from normal” at the time, characterizing it as unstable, chaotic, ambivalent, and fragile. One of his lawyers reportedly argued that a depressive disorder, cannabis use, and isolation all contributed to his decision to kill his mother.

Grantham had dozens of film and TV credits dating back to 2007, including appearances in Supernatural, iZombie, and Diary of a Wimpy Kid, according to IMBD. His most recent role was in Riverdale, which is based on the Archie comics. According to a summary by CTV, Grantham played a teenager who took his father’s truck without permission and killed Archie’s father, Fred.

Fred had been portrayed by actor Luke Perry, who died in 2019 from a stroke.

[Image of Grantham via CTV/YouTube screengrab. Picture of Trudeau via Ludovic Marin/AFP via Getty Images.]