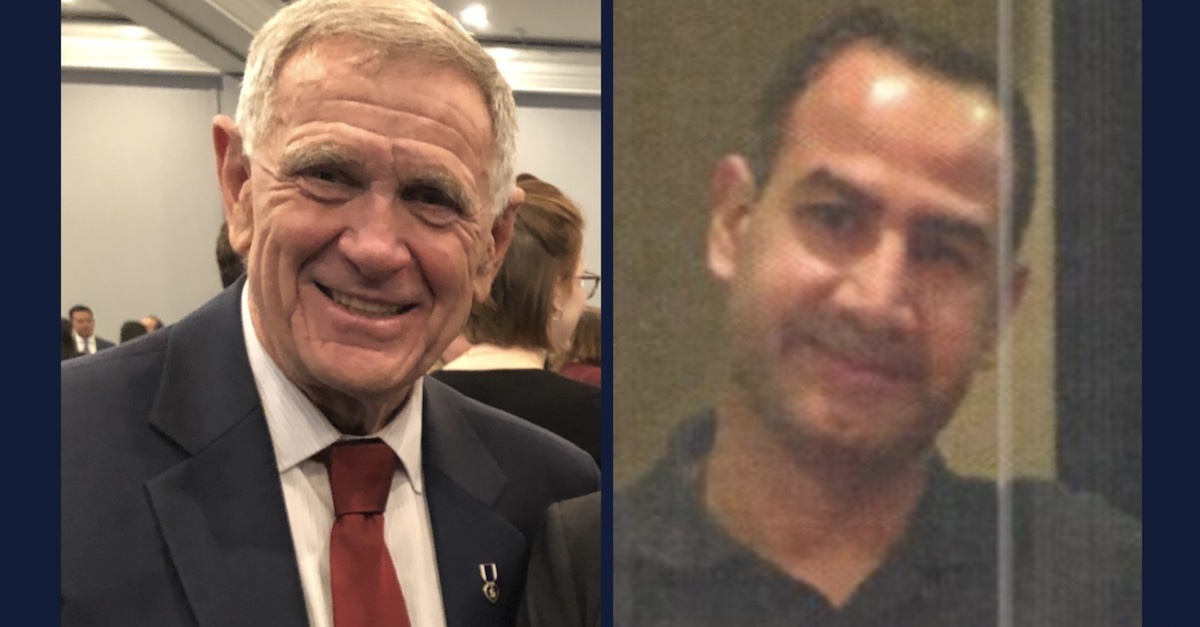 An in-trial redaction error has led to the dismissal a decade-old, $21 million mortgage fraud case against a California man already saved from prison by an appellate court ruling, with a judge citing “cumulative prosecutorial misconduct.”

That means Salah, though still free on bond, likely is headed to federal prison while Obagi faces the continued prospect of indefinite freedom after 10 years fighting allegations that he and several co-conspirators operated a scheme during the 2008 financial crisis.

Prosecutors called it a “builder bailout” conspiracy that fraudulently purchased more than 100 condominium units across the country with $21 million from duped mortgage lenders who weren’t informed of kickbacks paid to condo builders. Many of the loans defaulted, resulting in more than $10 million in losses to mortgage lenders, including at least $1.3 million by Freddie Mac and Fannie Mae.

A jury in 2015 convicted Obagi of one count of conspiracy and three counts of wire fraud and Salah of one count of conspiracy. Now-retired U.S. District Judge Andrew J. Guilford in 2018 sentenced Obagi to 78 months in prison and ordered him to pay about $10 million restitution, while Salah was sentenced to 57 months in prison and $7 million restitution.

Both, however, were allowed to stay out of prison pending their appeals, and the 9th Circuit vacated their convictions in 2020 because prosecutors didn’t tell defense attorneys of a witness’s cooperation with prosecutors in a related case, in violation of Brady v. Maryland and Giglio v. United States.

That 9th Circuit decision is key to Carter’s decision to dismiss the case against Obagi, with the veteran jurist writing, “The Government has now violated Mr. Obagi’s constitutional rights twice, and this cumulative misconduct amounts to flagrant prosecutorial misbehavior.”

“Ultimately, the Government is not entitled to continually try its case until it achieves a favorable result,” according to Carter’s nine-page ruling.

Asked if prosecutors will appeal Carter’s order, Thom Mrozek, spokesman for the U.S Attorney’s Office in Los Angeles, said in an email to Law&Crime, “We are continuing to review the ruling.”

Obagi and Salah were being tried together again last week in front of Carter, who took the case after Guilford retired to private mediation in 2020, when prosecutors played for the jury a recording of Salah and co-conspirator Ali Khatib speaking in Arabic about shredding papers and destroying hard drives, with an English-language transcript.

Khatib, who managed investment and property companies that employed Salah and Obagi, was sentenced in a related case in 2019 to 27 months in prison. The transcript was played in the first trial with Obagi’s name redacted from the conversation as ordered, but Obagi’s name was visible when it played during the second trial last week.

Prosecutors told defense attorneys what had happened during a break, then everyone informed Carter. Prosecutors said an extra jury instruction would suffice, along with collecting the transcript copies back from the jurors, but Obagi and Salah’s attorneys asked for a mistrial. Carter garnered it only for Obagi, then ordered briefing on whether the case should be dismissed with prejudice, which means prosecutors cannot seek another indictment.

Obagi’s attorneys, Craig Wilke and Sheila Mojtehedi, said such a drastic move was warranted because of prosecutors’ “repeated violations of Obagi’s constitutional rights over two trials, its misrepresentations to defense counsel and the Court about the redactions to the codefendant’s statement, and its violation of the Court’s order in this regard.”

Their brief also said that “with each new trial, the government refines its case to take advantage of information gleaned from the prior trial.”

Carter agreed, writing that “the Government’s ability to constantly improve its prosecution also illuminates why this lesser remedy of granting a new trial would be inadequate.”

“To have the Defense revise their trial strategy a third time would be too great a task even for the best of defenders,” the judge wrote.

“The government’s redaction error was inadvertent and unintentional and does not come close to being the type of flagrant and outrageous government misconduct that would call for the extreme remedy defendant seeks,” according to their 16-page opposition.

But Carter specified he was dismissing Obagi’s indictment not because of a due-process violation but because he concluded dismissal was warranted under his “supervisory powers” as a federal judge. Whereas dismissals for due-process violations require “grossly shocking and outrageous” prosecutorial conduct, dismissals under supervisory powers can be based on “flagrant prosecutorial misbehavior” and “substantial prejudice.” In Obagi’s case, he found both.

Carter said it “should go with out saying that the prosecutor has a ‘sworn duty . . . to assure that the defendant has a fair and impartial trial’ and his ‘interest in a particular case is not necessarily to win, but to do justice,'” quoting the 2001 Ninth Circuit ruling N. Mariana Islands v. Bowie.

“Violating Mr. Obaji’s constitutional rights not once, but twice, exhibits reckless disregard for those sworn duties,” the judge wrote. “Accordingly, that reckless disregard has amounted to flagrant misbehavior against Mr. Obagi.”