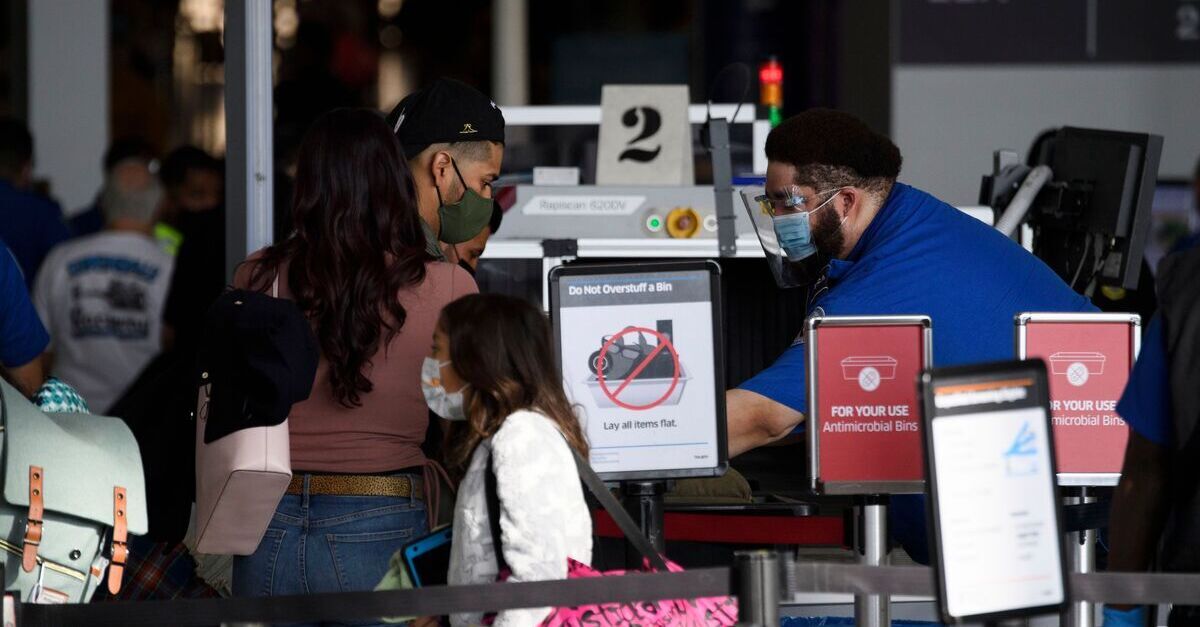 Senior U.S. Circuit Judge Harry T. Edwards was not pleased with an argument made by Department of Justice lawyers in a Muslim family’s lawsuit over harsh treatment at LAX airport. The U.S. Court of Appeals for the D.C. Circuit revived the family’s lawsuit, holding that they have the legal right to sue the government to find out if they are on a Terror Watch List.

Mohammed and Aida Jibril and their five children are U.S. citizens and California residents. The Jibrils are of Jordanian national origin and the family travels to Jordan regularly to visit relatives. In 2018, however, when the family arrived at the airport in Los Angeles, their boarding passes were marked with “SSSS” (Secondary Screening Security Selection). This marking alerts Transportation Security Administration (TSA) agents to conduct heightened searches in accordance with the various lists often referred to as “Terror Watch Lists.”

The search, which lasted for more than two hours, included pat-downs of the minor children without consent of their parents. When the family arrived at the gate, they were met with Department of Homeland Security (DHS) agents, who searched their luggage. Ultimately, the family was allowed to board their flight. When they arrived in Jordan, however, they were interrogated for two hours.

After a two-month stay in Jordan, the family returned to the U.S. and endured the same extensive searches and interrogations during a layover in Abu Dhabi. The children were separated from their parents and questioned, and the family’s electronic devices were searched.  In fact, the search was so extensive that the family missed its connecting flight and were forced to stay over for the night in Abu Dhabi.

According to a complaint later filed by the family, “these experiences brought extreme emotional distress,” particularly to the children “who felt they were treated like criminals.”

The Jibrils believed that they were treated in a way consistent with individuals on the Selectee List, and made a formal request to the federal government to ascertain whether that was the case. In response, though, they simply received a letter saying that DHS “can neither confirm nor deny” the family’s watch list status. In response, the Jibril family filed lawsuit claiming Fourth and Fifth Amendment violations and seeking judicial intervention.

The U.S. District Court for the District of Columbia dismissed the Jibrils’ case, ruling that the family had no standing to wage the lawsuit. Ronald Reagan-appointee Royce C. Lamberth reasoned that regardless of the Jibrils’ experience in 2018, there was no reason to believe they would face the same potentially unlawful searches on future trips.

A three-judge panel of the D.C. Circuit, however, saw things quite differently. The case was heard and overturned by Senior Circuit Judge Harry Edwards (a Jimmy Carter appointee), and Circuit Judges Karen Henderson (a George H.W. Bush appointee), and Justin Walker (a Donald Trump appointee).

Although the panel addressed the Jibrils’ appeal of the standing issue, Judge Edwards began his opinion with a quick pleadings-stage assessment of the underlying allegations — which Edwards noted were uncontested by the federal government. These facts, wrote Edwards, “plausibly indicate that the family likely appeared on a terrorist watchlist in 2018.” Further, the Jibrils “plausibly allege[d] that the treatment they endured went well beyond what typical travelers reasonably expect during airport screenings.” Lastly, the court found that the facts alleged “lead to the reasonable inference that the family’s watchlist status remains the same today.” Given that any contrary information “is within the Government’s exclusive control,” the court chose to credit the Jabrils’ assertion that they plan to travel in the future and risk the same treatment, and on that basis revive the family’s case.

While the circuit court took no position on the ultimately likelihood of the Jabrils’ proving the facts asserted beyond the pleading level, it made “the reasonable inference that the family will again be subjected to many of the alleged illegalities” raised in its lawsuit. The Jabrils have plans to travel back to Jordan as well as to Saudi Arabia in the future, and the court noted that it could make the “reasonable inference” that it remains on the Selectee List.

Judge Edwards, in the opinion for the court, called special attention to an argument advanced by DOJ lawyers during oral argument in the case:

At oral argument, Government counsel suggested that if the Jibrils would like to determine whether they remain on a terrorist watchlist, some or all members of the family can book another trip to see whether they endure the same problems that they faced in 2018.

The judge said that whether DOJ was being glib or simply “heartless,” the argument is nonsensical.

“Whether this suggestion was meant to be a tongue-in-cheek quip or simply a heartless argument, it makes no sense,” Edwards scolded.

Rather, he continued, “the Supreme Court has made it clear that ‘a person exposed to a risk of future harm may pursue forward-looking, injunctive relief to prevent the harm from occurring, at least so long as the risk of harm is sufficiently imminent and substantial.'” Contrary to the government’s suggestion,”A plaintiff is not required to wait for an injury to occur in order to satisfy Article III standing requirements.” In this case, the Jabrils “plausibly allege[d] a risk of harm that is sufficiently imminent and substantial,” and as a result, their case will now advance to the next stages of litigation.

The court did affirm one portion of the lower court’s dismissal: the claims against individual agents who violated department policy by separating the children from their parents and subjecting those juveniles to potentially illegal pat-downs. Because the Jabrils were unable to plausibly assert that this specific issue would be likely to arise in the future, they lacked standing to proceed with those claims.

Attorney Christina A. Jump of the Constitutional Law Center for Muslims in America and counsel for the Jibrils reacted to the court’s ruling in the following email statement to Law&Crime:

We are thrilled for our clients and look forward to continuing the battle for them at the trial court level. As the appellate court recognized, the Jibril family suffered “severe” and “intrusive” screening conditions, and should not have to endure those situations again in order to prove their right to access to the courthouse.

We welcome the chance to challenge DHS’s unconstitutional and deficient redress process in court, which does not give harmed individuals any real option for resolution. And, our clients will pursue their legal challenges to the unconstitutionally invasive searches of their property, including their phones and other electronics, as well as the wrongful detention of this entire family. So far, the government has been able to avoid the civil discovery process on these issues – it will now need to answer questions through the legal process, as our court system intended.

Counsel for the DOJ did not immediately respond to request for comment.