After Challenge by Conservative Activists, Court Upholds Use of Race as ‘Plus Factor’ in UNC Admissions Policies 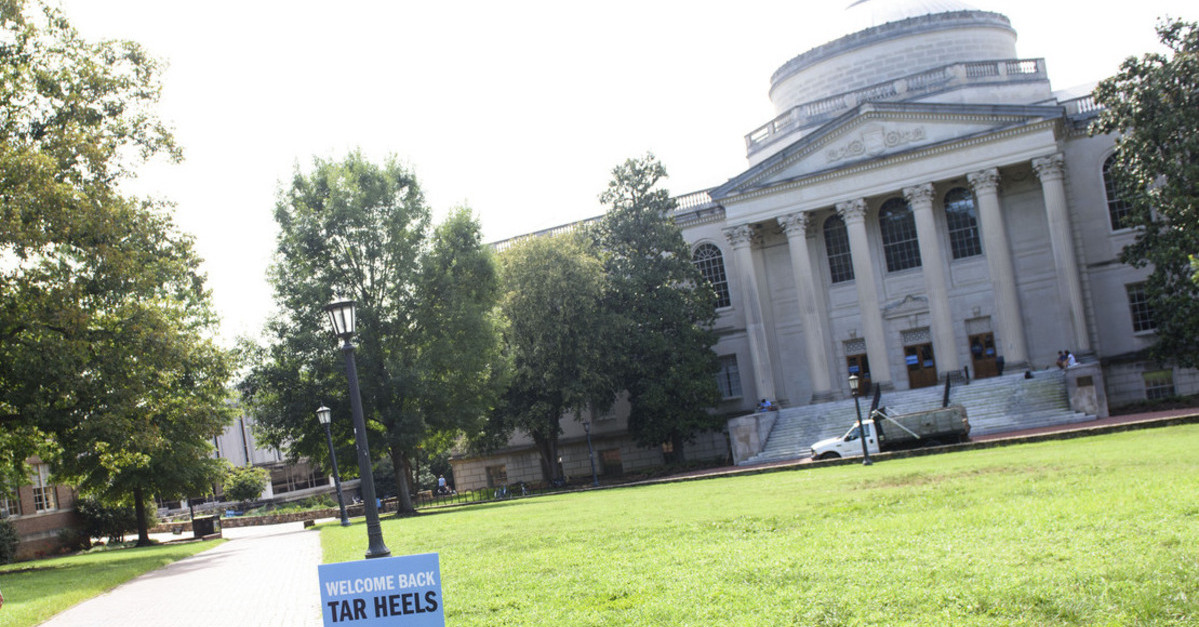 The University of North Carolina at Chapel Hill campus pictured as campus returns to in-person learning.

A federal judge dismissed a seven-year-old lawsuit against the University of North Carolina at Chapel Hill Monday, ruling that the university is free to continue considering race as a factor in its admissions decisions.

Students for Fair Admissions (a conservative activist group headed by Edward Blum) filed its lawsuit against UNC in 2014 arguing that the school’s race-conscious admissions policies violate the equal protection clause of the Constitution. UNC argued that its policies fall in line with Supreme Court precedent in that it has a compelling interest in promoting diversity on its campus, and that its practices are narrowly-tailored to achieving that interest.

Judge Biggs noted that UNC “produced substantial, credible, and largely uncontested evidence” that it wishes to pursue educational benefits of a diverse student body, and that those benefits are “sufficiently measurable to permit judicial scrutiny.” Over several pages, the judge elaborated on UNC’s well-established record of targeted efforts to promote campus diversity. “[T]he University,” Biggs wrote, “has determined, in its academic judgment based on experience and evidence that, in order to prepare the next generation of leaders for North Carolina and the nation, the University must provide students with the experience of learning and living alongside people of different backgrounds.”

Further, UNC’s flexible race-conscious program was found to be one in which race is one of many “plus factors” taken into consideration during the admissions process. The court found that the school prohibits quotas or the use of race as a defining feature of any application, and instead uses race as part of a “comprehensive, holistic, and individualized review afforded to each candidate.” Admissions staff who review student applications are specially trained in how to consider race and ethnicity while striving to achieve a class with diversity not only of background, but also of ideas and experience.

The court found that UNC had a compelling interest in pursuing a racially-diverse student body. The court further found that, as is required under existing precedent, UNC’s methodology was narrowly-tailored toward meeting that articulated end. Judge Biggs found no fault with the university’s consideration of race as just one of several admissions factors.

“This does not mean,” the judge clarified, “that race could not provide the tipping point for students whose applications were in the gray zone between being admitted and being denied.”

Judge Biggs noted that the plaintiff group failed to provide “any meaningful evidence” to support its contention that race “permeates the admissions process” or is a “predominant factor” in admissions decisions.

Judge Biggs’ dismissal is the latest in a string of adverse rulings against Blum’s efforts to take down affirmative action initiatives in higher education. Many believe, however, that the Supreme Court’s conservative majority will use one of the pending appeals to topple affirmative-action in higher education. Recently, SCOTUS requested that the Biden administration weigh in on the matter in a pending case challenging Harvard’s admissions policies.

“This decision makes clear the University’s holistic admissions approach is lawful,” UNC Associate Vice Chancellor Beth Keith told Law&Crime. “We evaluate each student in a deliberate and thoughtful way, appreciating individual strengths, talents and contributions to a vibrant campus community where students from all backgrounds can excel and thrive.”

Attorneys for Students for Fair Admissions did not respond to request for comment.

Editor’s note:  this piece has been updated to contain a statement from UNC.