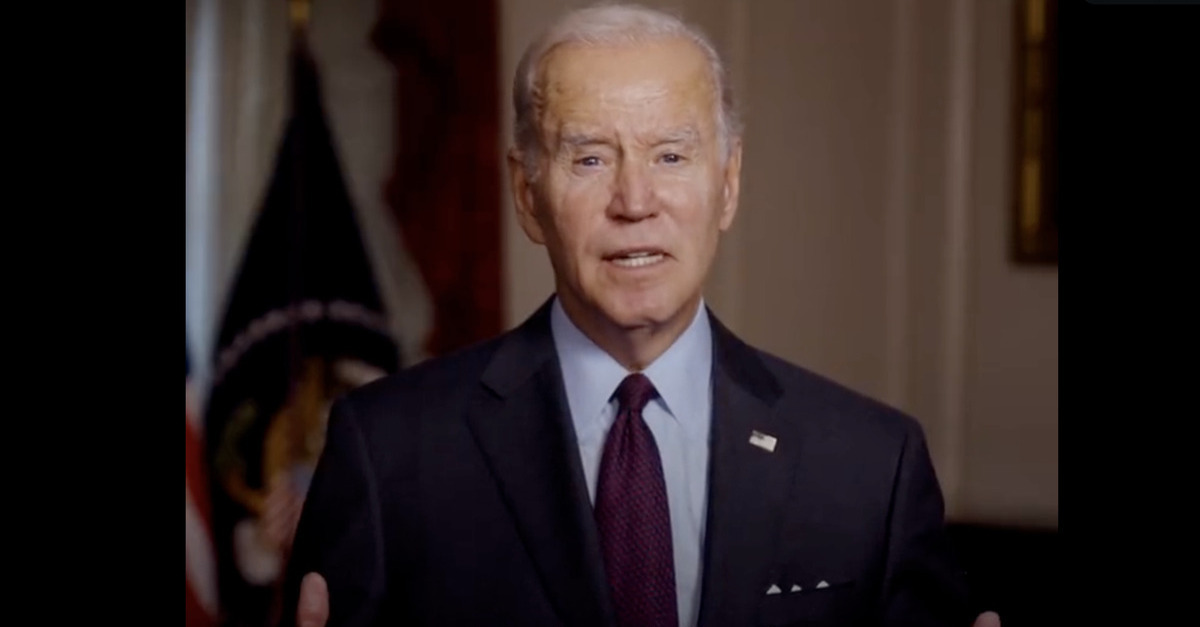 President Joe Biden announces that he will pardon all individual convicted of simple federal marijuana possession.

President Joe Biden announced Thursday that all people convicted of simple possession of marijuana under federal law will be pardoned. The official statement also urged all state governors to do the same for state-level marijuana offenders, and it also said that the Biden administration will review the classification of marijuana as a Class 1 drug.

Too many lives have been upended because of our failed approach to marijuana. Hear from @POTUS on the three steps he is taking to right these wrongs. pic.twitter.com/IqOxHxjgue

Biden said he has directed the Attorney General to develop an appropriate administrative process for effectuating the pardons — a process that will need to manage the pardons of more than 6,500 people who have been convicted of federal marijuana possession. The president also clarified that “important limitations on trafficking, marketing, and under-age sales should stay in place.”

“Sending people to jail for possessing marijuana has upended too many lives – for conduct that is legal in many states,” Biden said in a tweet.  “That’s before you address the clear racial disparities around prosecution and conviction. Today, we begin to right these wrongs.”

I’d also like to note that as federal and state regulations change, we still need important limitations on trafficking, marketing, and underage sales of marijuana.

Sending people to jail for possessing marijuana has upended too many lives – for conduct that is legal in many states. That’s before you address the clear racial disparities around prosecution and conviction. Today, we begin to right these wrongs.

A bill sponsored by Rep. Jerry Nadler (D-N.Y. 10) is pending in Congress that would decriminalize marijuana and remove the drug from the list of scheduled substances under the Controlled Substances Act. The bill passed in the House of Representatives in April 2022 and is awaiting further action.

Currently, marijuana is considered a Schedule 1 substance under the Controlled Substances Act of 1970. It carries the highest level of restriction on the basis that it has “a high potential for abuse and no acceptable medical use.” Penalties for possession of any amount of marijuana range from a $1,000 fine and one year imprisonment to a $5,000 fine and three years imprisonment, depending on whether the individual is a repeat offender.

The Department of Justice (DOJ) issued its own statement Thursday, responding to Biden’s announcement. DOJ spokesman Anthony Coley promised that the DOJ “will expeditiously administer the President’s proclamation,” thereby, “restoring political, civil, and other rights to those convicted of that offense.”  Coley further said that DOJ officials will work with Department of Health and Human Services to “launch a scientific review of how marijuana is scheduled under federal law.”

The president has the power to grant pardons or clemency under Article II, Section 2, Clause 1 of the Constitution. The only limitations on the pardon power is that the president is only entitled to pardon federal (and not state or municipal) offenses. He also cannot issue pardons in cases of impeachment.

[screengrab via The White House]