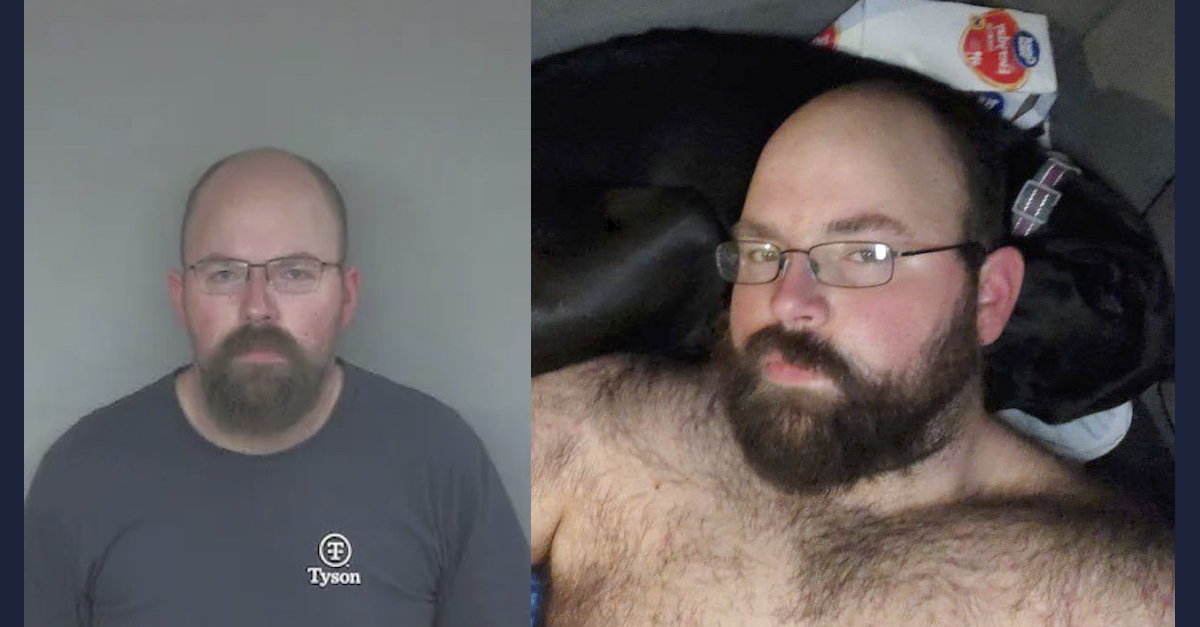 A Michigan man has been arrested and charged with multiple “animal crush” crimes over the alleged creation of dog torture videos.

A detailed and disturbing criminal complaint says the investigation began when, in late April of this year, a 51-year-old Australian man was arrested by U.S. and Australian authorities who were attempting “to identify the individual responsible for creating an animal cruelty video titled ‘1Bitch9Pups’ which circulated on” a chat application and “elsewhere on the Internet.”

That man was subsequently charged with a serious of crimes in Australia related to animal cruelty and child exploitation.

The criminal complaint contains an image culled from one of the Australian man’s devices that purports to show VanWoert-Graves; in the image is a picture of a tan and white pit bull; the dog’s mouth is tied shut with a black rope; a shirtless man, with his face and a distinguishing tattoo visible in the frame, is next to the animal.

“An initial review of the material produced by ‘Graves’ indicated that the material was filmed in the sleeper cabin of a tractor trailer and involved at least four (4) different dogs that were sexually abused and tortured,” the complaint goes on. “In some of these files an adult male’s face is visible as is a unique tattoo of a star surrounded by sunrays on his arm.”

Court documents go on to detail a shocking degree of animal cruelty and sexual abuse in exceedingly graphic and violent terms.

A relatively sanitized explanation of the alleged behavior committed by the defendant in the videos comes by way of his indictment:

Specifically, on November 16, 2020, the defendant knowingly created an obscene video or digital recording, with the digital file identifier of “144 20201116_020629,” that depicted a dog being sexually assaulted, impaled, and otherwise subjected to serious bodily injury and resulted in killing the dog. At some time later, the video was sent via an internet chat application to an individual in McMinns Lagoon, Northern Territory, Australia.

Using metadata in four of the videos, federal law enforcement tracked the filming location down to a truck stop in Michigan and later ascertained the whereabouts of the defendant himself.

The complaint alleges VanWoert admitted to the charged activity during a September interview with federal agents in Ohio.

“VanWoert was not arrested, advised he was free to leave, and he agreed to answer questions,” according to the document. “VanWoert admitted to engaging in sex acts, beating, and strangling a dog in the yard of Sunset Logistics (VanWoert’s former employer) in Grand Rapids and placing the body in a dumpster. He could not give a specific date for this event. Agents found three live dogs at the residence and discovered the body of a fourth dog buried in the back yard. The three dogs appear to be malnourished and in very poor health.”

Animal crush videos were previously made illegal in 1999, then okayed by the Supreme Court and subsequently outlawed again in 2010.

Content warning: the criminal complaint is available in full below but contains graphic depictions of animal cruelty and violence: