Woman Who Said ‘I Did Not Kill That Boy, I Promise’ Expected to Plead Guilty to Role in Gruesome Machete Murder 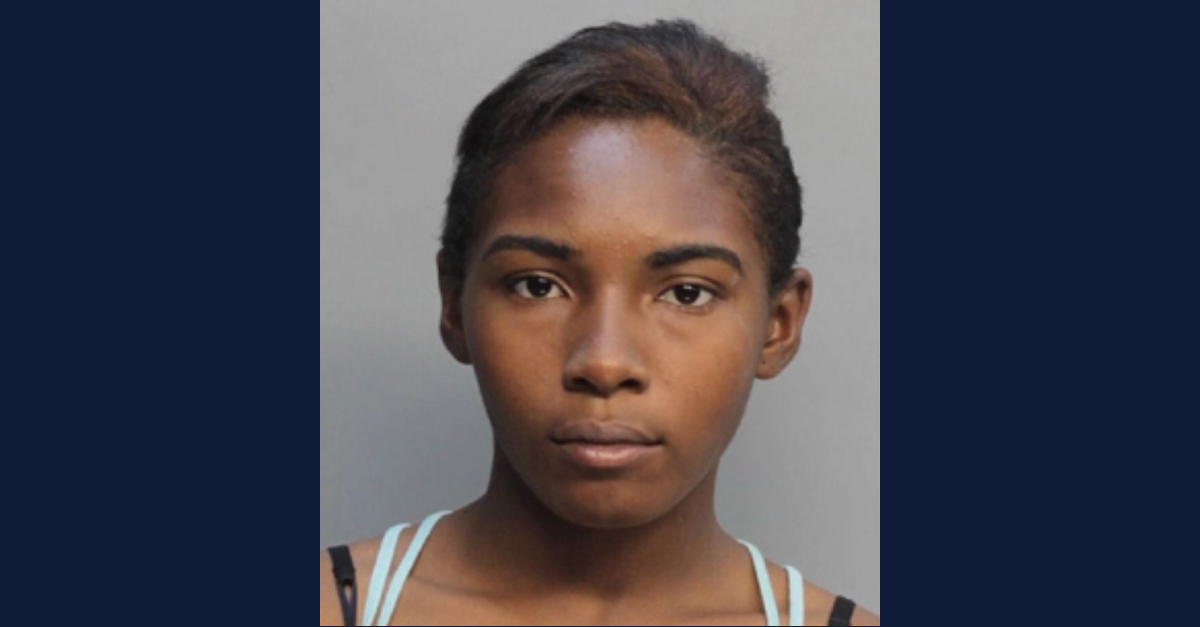 A Florida woman who previously and fervently insisted upon her innocence after being charged with the murder of a teenager in 2015, when she was still herself a teenager, has decided to plead guilty, according to her lawyer.

“I did not kill that boy, I promise!” Desiray Strickland, 25, shouted at her interrogator in Miami-Dade County back in November 2016.

The defendant was indicted when she was 18 and questioned when she was 19 over the June 2015 slaying of 17-year-old Jose Amaya Guardado. The victim was found hacked to pieces and buried in a shallow grave in a wooded area of Homestead, Fla.

“We were hoping to do [the plea deal] today, but some terms were changed and she wanted to discuss them with her mother and father,” defense attorney Scott Sakin said after a hearing on Wednesday, according to the Miami Herald. “I expect it will go forward, but I’m not sure about when.”

Prosecutors also named several accomplices in the gruesome murder: Joseph Cabrera, 30, Jonathan Lucas, 27, Christian Colon, 25, and Kaheem Arbelo, 26. At the time of the indictment, law enforcement said the group of five students conspired for at least two weeks to plot and kill their victim and that his grave was pre-dug. The defendants and Guardado all attended and lived at Homestead Job Corps, a vocational academy for at-risk youth and young adults.

In 2020, both Lucas and Cabrera pleaded guilty to one charge of conspiracy to murder. Lucas received a sentence of five years in prison and 15 years supervised release. Cabrera received a lighter sentence, according to the Herald.

Strickland’s plea deal is reportedly for 15 years in prison. She would avoid a potential life sentence if her case was tried.

Initially, prosecutors said they would seek the death penalty for the defendant, who was in a romantic relationship with Arbelo, the alleged ringleader of the murder, at the time. Prosecutors believe the killing was a reprisal for a debt Guardado is believed to have owed to Arbelo, who has been described as a drug dealer.

In February 2017, the death penalty was dropped for all but Arbelo.

“There all very young, immature, it’s a very unusual case,” Sakin said at the time. “The evidence is questionable as to Ms. Strickland and with the changing landscape of the death penalty here in Florida and it’s changing all the time now.”

The alleged details of the murder are particularly disturbing.

Law enforcement claim the bespectacled boy was lured into the woods by his five assailants and then ambushed by the machete-wielding Arbelo. The four co-conspirators allegedly watched as the violence unfolded but then got involved by telling at the victim to crawl into his own grave. Finally, when Guardado mustered the effort to fight back one last time, Arbelo allegedly sliced at his face until it caved in, according to CBS News.

After the gruesome murder and burial, authorities claim, Arbelo and Strickland had sex near the crime scene.

Prosecutors say Arbelo confessed to the killing on video. He has not, however, reached a plea deal.