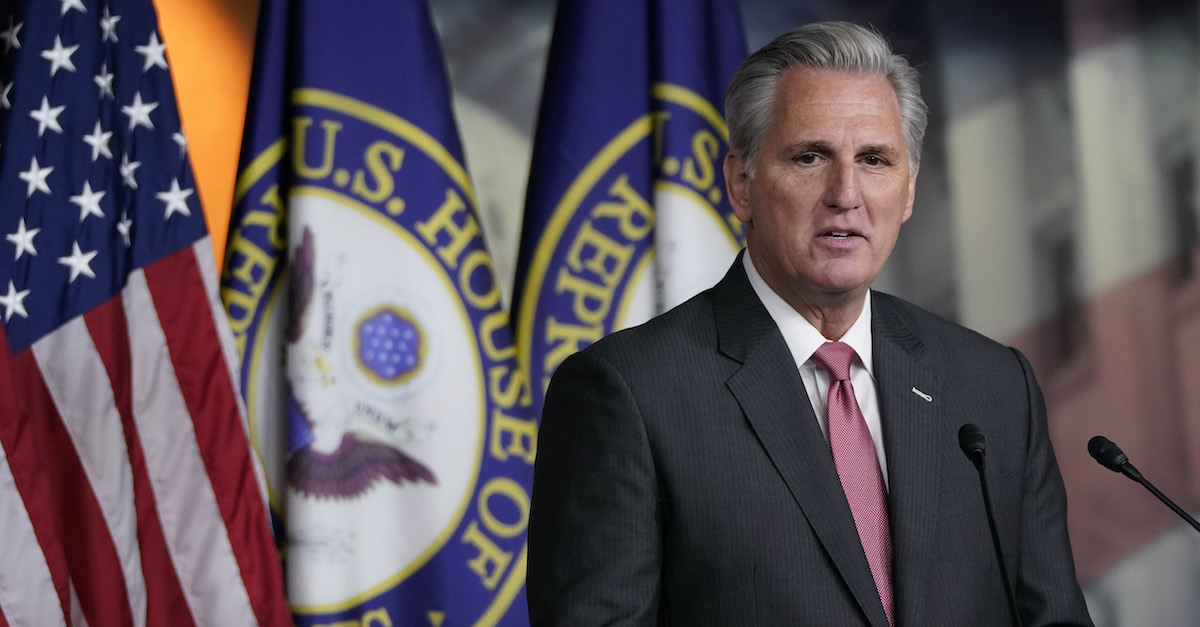 Bemoaning the Republican lawmakers’ refusal to voluntarily cooperate, the Jan. 6 Committee issued subpoenas for House Minority Leader Kevin McCarthy and four other Congress members to testify about the attack on the U.S. Capitol.

The Committee also subpoenaed GOP Reps. Scott Perry of California, Jim Jordan of Ohio, Andy Biggs of Arizona, and Mo Brooks of Alabama, in five letters with the same expression of regret that compulsion would be necessary.

“As explained in the letter, which is attached to this subpoena, the Select Committee has tremendous respect for the prerogatives of Congress and the privacy of its Members,” each letter states. “At the same time, we have a solemn responsibility to investigate fully the facts and circumstances of the violent attack on the United States Capitol and issues relating to the peaceful transfer of power, and the Select Committee believes that you have information that is important to its investigation. Unfortunately, you declined voluntary cooperation, and we are left with no choice but to issue you this subpoena.”

“I was very clear with the President when I called him,” McCarthy told CBS News anchor Norah O’Donnell on the day of the siege. “This has to stop and he has to go to the American public and tell them to stop this.”

A little less than a year before the Committee’s letter, McCarthy took to the House floor to hold Trump responsible for the events of Jan. 6.

“The President bears responsibility for Wednesday’s attack on Congress by mob rioters,” McCarthy said on Jan. 13, 2021. “He should have immediately denounced the mob when he saw what was unfolding. These facts require immediate actions by President Trump: Accept his share of responsibility. Quell the brewing unrest. And ensure President-Elect Biden is able to successfully begin his term.”

McCarthy softened his tone toward Trump since that time, denying that he had told Rep. Liz Cheney (R-Wyo.)—now the Jan. 6 Committee’s vice chair—that he considered asking Trump to resign. His leaked conversation of that conversation showed that he broached the conversation with colleagues, but he insists that he never raised the topic with the former president.

The Jan. 6 Committee claims that Rep. Perry was “directly involved” in efforts to corrupt the Department of Justice and install conspiracy theorist Jeffrey Clark as attorney general.

Rep. Jordan also communicated with Trump on Jan. 6 and participated in discussions about strategies for overturning the 2020 election, the committee says.

Earlier this month, the Committee laid out information it obtained about Biggs, one of three representatives whom right-wing activist Ali Alexander claimed came up with the plan to bring protesters to Washington, D.C. on Jan. 6. The other two were Reps. Paul Gosar of Arizona and Brooks. The committee cited Biggs’ communications with Trump’s ex-chief of staff Mark Meadows in the letter and described the Arizona Republican as a “potential participant” in an effort to win pardons for those who joined efforts to overturn the 2020 election.

Read the letter to McCarthy, below: