Woman Texted ‘I Don’t Want to Be Civil I Want U to Die lmao’ Hours Before Killing a Man She Claims Abused Her: Police 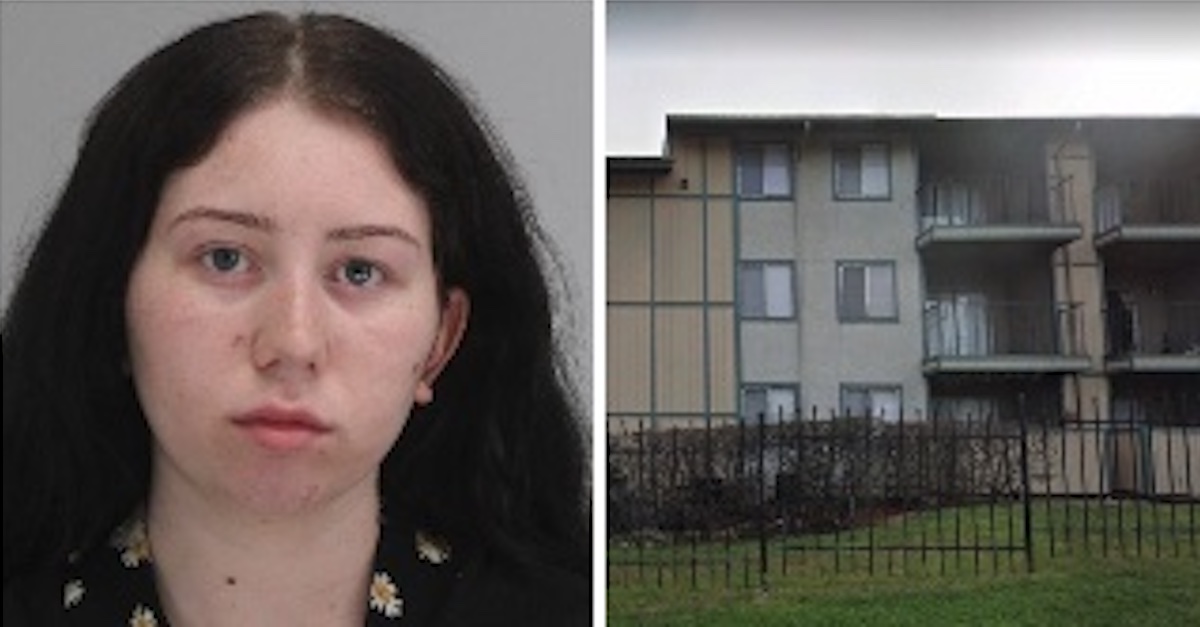 A Dallas woman accused of murdering the father of her two-year-old child texted him that she wanted him dead less than three hours before killing him, a detective alleged in an affidavit supporting a warrant for her arrest.

According to the affidavit, Shoreh Rachelle Polozadeh texted Quincey Lamount Brooks at 4:28 p.m. on June 8: “I don’t want to be civil I want u to die lmao – so pull up.”

Police found Brooks, 22, face down on the second floor landing of the apartment building with a gunshot wound to his chest on June 8. He was taken to a hospital, where he died. The next day, Dallas police said they determined Polozadeh, 20, was responsible for Brooks’ death.

According to the arrest warrant affidavit, obtained by Law&Crime, Polozadeh’s story changed multiple times, and she made “several contradicting and misleading statements” to Detective Reginald Woods as to the events that led up to the shooting. The newly revealed document could undermine Polozadeh’s claim that Brooks was trying to hurt her at the time of the incident.

Polozadeh was arrested after she told first responders, who were responding to the 911 call that she had made, that she shot Brooks, authorities say. After being brought to the police station, she agreed to speak to detectives without an attorney present in an interview room, where the interview was recorded; she also gave written consent for detectives to search her cell phone, according to police.

Polozadeh told the interviewing detective that her relationship with Brooks, which lasted for more than three years, “was not always good,” and that Brooks “was constantly threatening to cause bodily harm” to Polozadeh, according to the affidavit. She told the detective that despite multiple arrests, Brooks was repeatedly released from jail, and she felt that “she had to take matters into her own hands,” the affidavit states.

According to the affidavit, Polozadeh said that on the day of the shooting, she and Brooks were fighting over whether Brooks could continue to stay at her apartment. He had been there for about a week and giving her money to help with rent and daycare for their son, and he became upset when Polozadeh told him she wanted him to move out, she told the detective.

Polozadeh told the detective that Brooks had texted her that he was upset that he was being asked to leave after giving her money, and after receiving several text messages, Polozadeh told Brooks he could come to the apartment and get his things when she finished work at 5 p.m.

When they met in the parking lot of the apartment building, Brooks forcibly pushed her up the stairs to her apartment and pushed her inside when she opened the door, according to the affidavit. Once inside, Brooks shoved her to the ground and hit her on the head, and then tried to “set her on fire” with a lighter held up to her chest, the affidavit states. Polozadeh claimed that Brooks also grabbed an aerosol can of Raid bug spray and approached her with the can and the lighter.

At that point, Polozadeh pulled a gun from her pocket and shot Brooks in the chest, the affidavit said.

The interviewing detective said that Polozadeh changed her story multiple times, especially as to the lighter, aerosol can, and gun.

Although Polozadeh said she saw a “little flame” come from the lighter, she also admitted that she knew at the time that the lighter didn’t work, and that it wouldn’t even “light a candle,” according to the affidavit. She had also told the detective that she had thrown the gun into the living room near the front door and that Brooks had dropped the can of Raid in the living room area. But the detective said that crime scene investigators found the gun in the kitchen and the can of Raid on the ground outside the apartment.

The detective also found the text messages between Polozadeh and Brooks inconsistent with Polozadeh’s initial story. Polozadeh had told first responders that Brooks had been “sending threatening text messages all day long” before the incident, but a review of her cell phone found text messages revealed showed both Brooks and Polozadeh threatened each other in the hours before she shot him.

The detective said that one message was the “I want you to die” text, but the affidavit suggests there were others.

“This text exchange details mutual threats back and forth between the two within two and half hours immediately prior to the offense,” the affidavit states.

Read the arrest warrant affidavit, below.