Woman Says Murder Conviction Should Be Thrown Out, Claims She’s ‘Actually Innocent’ and Was a Sex-Trafficked Child Forced to Confess Under Duress 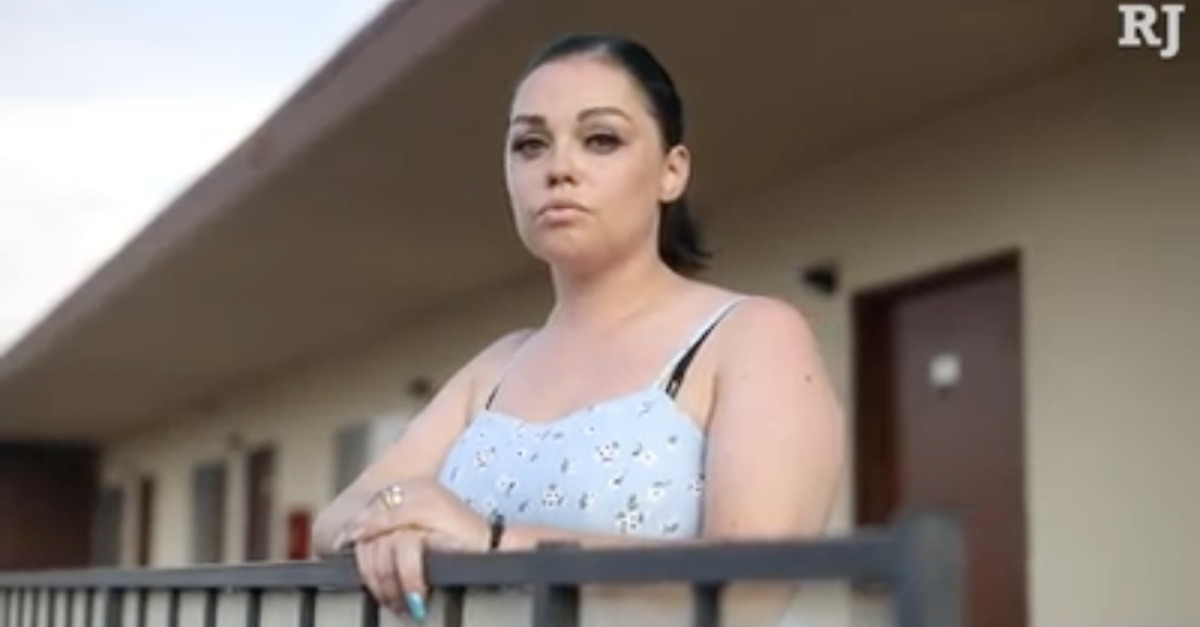 A Nevada woman found guilty of murder at the age of 15 has filed an appeal with the state’s highest court to have her conviction thrown out because, she says, she was a sex trafficking victim at the time of the underlying incident that put her behind bars.

She was convicted of murder in the second degree after pleading guilty in April 2003 over the strangulation death of 58-year-old Pedro Villareal, who was killed in his own bathroom in September 2002 amidst circumstances that are disputed to the day.

According to the state, when Burns was 15 she met a man named Steven Kaczmarek, who was 32 at the time and they engaged in a series of “trick-roll” or “trick-troll” robberies whereby a man would proposition to pay the girl for sex, she or Kaczmarek would accept the offer, and then the older man would jump and rob the unwitting john.

Those efforts, the government claims, came to a head with Villareal’s death. Burns, Kaczmarek, and a friend identified in publicly-available documents as “Tommy” traveled back to the victim’s apartment after they all settled on $200 for him to have sex with the minor.

“Upon arriving at the apartment, the group started drinking and talking to each other,” the Clark County District Attorney wrote in a recent filing with the Nevada Supreme Court. “Eventually, Kaczmarek and Tommy attacked Villareal until he became unconscious. To keep Villareal unconscious, [Burns] choked him and stepped on the back of his neck. [Burns] then used a knife to cut an extension cord which would be used to tie up Villareal’s hands.”

A state expert would later testify about the state of the corpse:

Villareal was found face down in a tub with his wrists and ankles bound by an electrical cord and a pillowcase over his head. Inside the tub was three to five inches of water. Villareal’s mouth was stuffed with a wet blood-stained sock. Villareal suffered various head and neck injuries: (1) there was an abrasion over his left eyebrow; (2) there were multiple hemorrhages “about the insides of his eyelids and on the whites of his eyes,” his face, and neck; (4) there were numerous bruises on his neck, right cheek, and lips; and (5) there were lacerations around his lips.

Kaczmarek was the first person arrested for the man’s murder. Burns, who grew up in the system and had run away from dozens of foster homes in Ohio (where she was a ward of the state) was detained and sent back to what passed for her home at the time. She was eventually flown back to Nevada with the understanding that she was only being asked to testify against the man she claims sex-trafficked her. But, Burns was quickly made a co-defendant in the murder.

From that point on, Burns now argues, she was the product of “undue influence” and duress by her sex trafficker, in receipt of ineffective assistance of counsel, subject to Brady violations by prosecutors and “actually innocent.”

The first legal deficiency, the convicted woman’s brief argues, was the state filing a notice of intent to seek the death penalty against her – even though she was still 15 and therefore ineligible for such punishment. That, her attorney Tony Abbatangelo writes, was an “unfair intimidating tactic.”

While kept in solitary confinement as the process played out, Burns only had contact with Kaczmarek through a series of letters. In those letters, the older man allegedly writes “that he is the killer” and that Burns should be released, the brief says. But, the brief says, those letters disappeared for years.

“These letters are exculpatory and were never provided to defense counsel,” the brief argues. They were later provided to Burns’ post-conviction counsel, however, who later passed away.

By April 2003, the convicted woman’s brief notes, she was being told to accept a plea deal but was “wavering a little bit.” And then something the brief describes as “most unusual” occurred, a “contact meeting between her and Kaczmarek.”

From Burns’ filing [emphasis in original]:

They were in a small room, JUST THE TWO OF THEM. It was a 20–30-minute private meeting, she was not given advance notice, and during this time he kept telling her to take the deal, that he had been convicted. They were allowed physical contact. KACZMAREK TOLD HER THAT SHE DID A GOOD JOB WRITING THE STATEMENT. This testimony establishes that she was nothing more than his pawn, praising her for claiming that this entire incident was HER idea.

After that meeting, the 15-year-old girl pleaded guilty and ended up serving around 17 years in prison.

Now, Burns says, those alleged myriad legal failures and deficiencies – committed by both her own then-defense team and the state – as well as “advances in forensic science regarding victims of sex/child trafficking” means the Silver State’s top court should throw out her conviction and the lifetime of supervised release that she is currently subject to.

But chief among her latest efforts to have her name cleared, is an insistence that she did not intend to kill Villareal that day, or expect that any violence would actually occur, and that anything she did do was because she feared for her life.

She testified how Kaczmarek turned her into a victim of sex trafficking: “So — I don’t know. Some state somewhere between Ohio and here was the first time that he had approached me with like alternate ways to make money. He had said — we were at a motel, and he was like, “Hey, there’s this guy. He’s like a couple rooms down. He” — “he just wants to touch you. Like he just wants to touch on you over your clothes. He’s not gonna do anything else. And I’ll be there the whole time. He’s just gonna give us some cash for it.” He slapped her to get her to give a blow job for money. Slapping extended to get her to commit acts of prostitution. She explained that robbery never happened before, she would just perform the sex acts, get paid, and away they went.

“For a host of reasons, [Burns] is actually innocent, and she should be granted relief,” her filing argues. “Any conduct at the premises was the result of undue influence and duress; that is the inescapable reality.”

The state, in a reply brief filed late last month, largely argues that various procedural and time-based issues prevent Burns from re-litigating the case, but the merits of her sex trafficking argument are addressed as well.