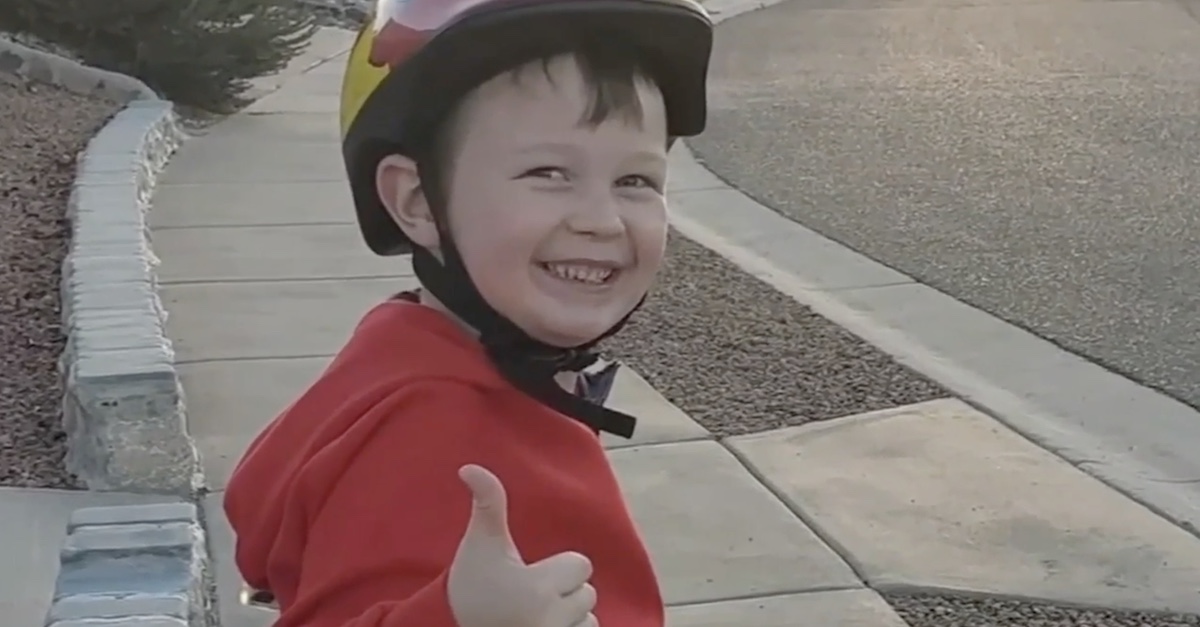 A grand jury in New Mexico has indicted family members of Avery Jackson-Dunphy, the 6-year-old boy who was mauled to death by foster dogs outside of his grandparents’ house last year.

Avery’s mother, 33-year-old Danika Jackson, and his grandparents, Leslie and Kevin Owens, 63 and 61, respectively, were indicted on a series of crimes stemming from the little boy’s untimely death, court records reviewed by Law&Crime show. All of the charges are felonies.

Avery was transported via airlift to El Paso Children’s Hospital for treatment, but he succumbed to his wounds approximately two hours after arriving at the facility.

According to a report from El Paso ABC/CW affiliate KVIA-TV, deputies with the Dona Ana County Sheriff’s Office responded to a 911 call regarding a dog attacking a child. The caller reportedly told the dispatcher that “one of the dogs attacked him and his throat is all ripped up.”

At approximately 9:45 a.m. on Nov. 22, 2021, deputies reportedly responded at a residence located in the 500 block of Fort Filmore Road in Mesilla Park.

A police report obtained by the TV station reportedly said that the boy and his grandfather were outside playing when the grandfather was called inside by a crew performing work on the house, leaving Avery alone for approximately 10 minutes. During that time, the child found his way into the kennel where his grandparents kept six dogs, at least one of which was known to be aggressive.

An August 2021 memo written by personnel from the dog shelter checking on the animals was obtained by El Paso Fox affiliate KFOX-TV and provided more details.

“Mom (Akira) is becoming little aggressive with [Kevin Owens]. He was cleaning the kennel and she nipped him from behind. Akira didn’t bite him but she gave him a sign that he needed to get away from her pups. She will growl at them if they touch the pups,” the memo reportedly states. “I let him know to when he going to bring the pups, for him to take mom out to use the bathroom and then take the babies. Will try that. He also told me that once the pups are okay to be away from mom and will separate them. He is willing to work with her for a month after to see if her aggressive behavior changes.”

All six dogs that were present during the attack were reportedly euthanized by Animal Control later that day.

Following Avery’s death, Danika and the boy’s father, Patrick Dunphy, each filed petitions seeking to be named their son’s legal representative with the power to file a wrongful death lawsuit on his behalf. The legal proceedings in that matter are ongoing.

Sheriff Kim Stewart initially announced that no criminal charges would be filed in Avery’s tragic death, but she was undercut by 3rd Judicial District Attorney Gerald Byers on Monday.

“The District Attorney’s Office was not notified of the incident by the Sheriff’s office and learned of the child’s death through media reports. As the chief law officer of the state in Doña Ana County, I have the authority to advise on matters in the public interest and bring criminal charges, especially when it involves a death investigation,” Byers reportedly said in a news release. “This is a horrible and tragic incident. During the review process, we assessed the facts in view of the relevant law and presented the case to the Grand Jury which found probable cause to charge each named defendant with felony offense.”

Sheriff Stewart reportedly told KFOX that the DA’s comments were “nonsensical,” claiming her office has been in “constant communication” with Byers’ office.