Woman Intentionally Struck Man with a Chevrolet Camaro in Texas, Murdered Him: Deputies 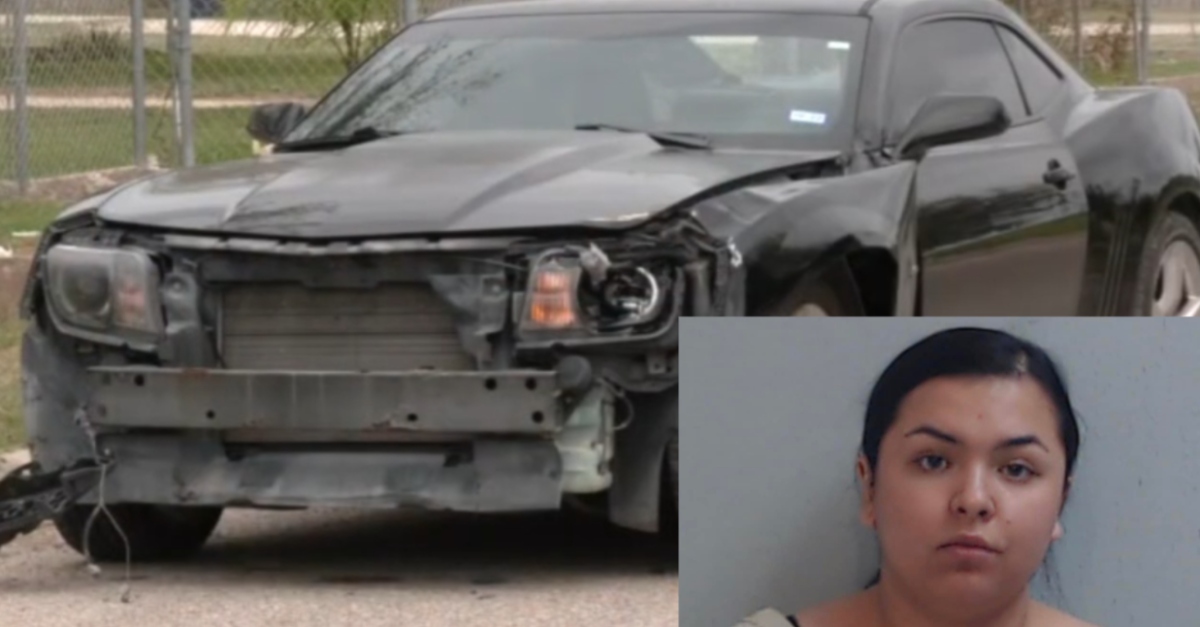 The black Chevrolet Camaro at the center of the case. And a booking photo of Briana Lisset Soria.

A woman has been accused of fatally striking a man with a car on purpose in Texas over the weekend.

The suspect, identified as 21-year-old Briana Lisset Soria, now faces a charge of first-degree murder in the death of 24-year-old Erick Sanchez.

The Hidalgo County Sheriff’s Office in Texas said they received a 911 call on Saturday, March 19 about a woman hitting a man with a black Chevrolet Camaro in the city of Edinburg. Authorities said they responded at 8:44 a.m. to the 1700 block of Clay Drive, where they found the victim dead and the heavily damaged Camaro.

“Upon arrival, Hidalgo County Sheriff’s Office Deputies learned a male had been struck by a black Chevrolet Camaro,” the sheriff’s office wrote. “Deputies observed the body of a lifeless male on the ground with apparent injuries. A female has been detained for investigation, a black Camaro with heavy front end damage was also recovered at location.”

Footage from KRGV showed the damaged vehicle with its front bumper on the street. Its left headlight was also smashed.

“This is an active investigation,” the sheriff’s office wrote. “We encourage witnesses with any additional information regarding this case to come forward. We urge you to please contact the Hidalgo County Sheriff’s Office at 956-383-8114. If you wish to remain anonymous, you may call the Hidalgo County Crime Stoppers Hotline at 956-668-TIPS (8477). You can also submit an anonymous tip through the smartphone application ‘P3 TIPS’.”

Deputies have neither suggested a motive nor shared what they believe happened up leading up to the alleged murder. Authorities also did not say whether or how Soria and Sanchez knew one another beforehand.  Online records are not yet available in the case.

The suspect’s bond was set at $1 million.

[Screenshot of the car via KRGV; booking photo via Hidalgo County Sheriff’s Office]