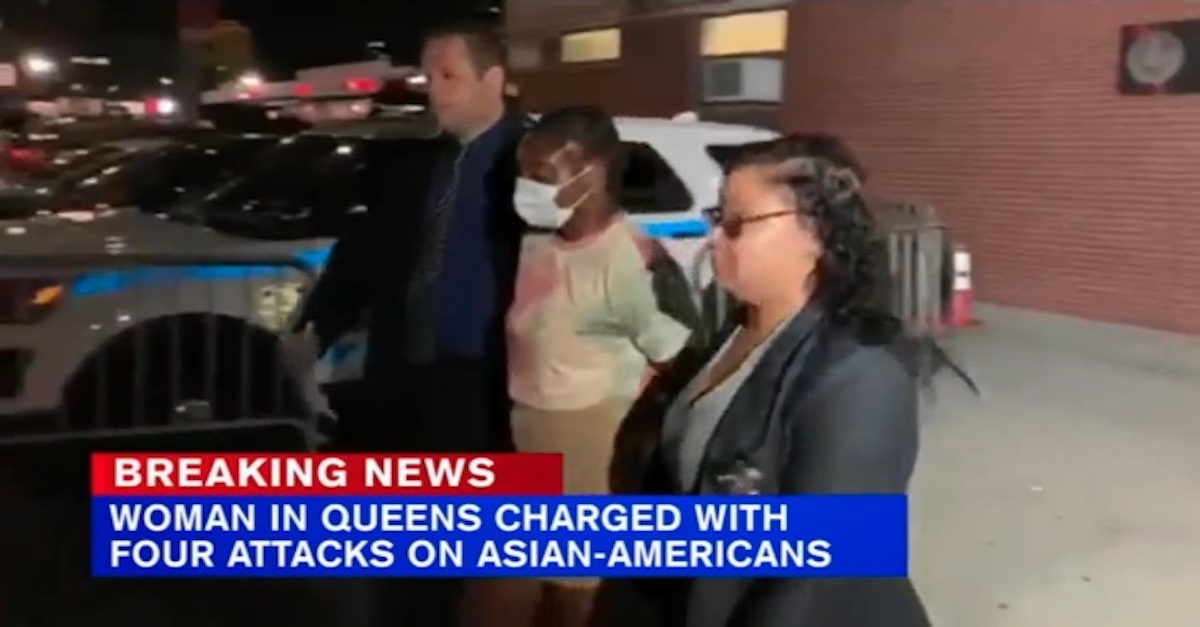 Maricia Bell, 25, was taken into custody Thursday at around 6:20 p.m., according to the NYPD. She faces charges of assault as a hate crime in connection with four separate incidents in Queens dating back to May.

According to the Queens district attorney, Bell is currently awaiting arraignment.

In the first incident, Bell reportedly stole a man’s glasses. All the incidents allegedly involve Bell punching or attacking people on their face or head.

The NYPD describes the alleged assaults as follows:

1. May 23, 2021 in the rear of 71-43 Kissena Blvd — A 24 year-old male reported that the suspect punched him in the face causing minor scratches and took his glasses. The suspect stated “why are you talking to me” before fleeing the location on foot.

2. June 16, 2021 inside of 70-63 Parsons Blvd — a 34 year-old female reported that the suspect punched her in the back of the head causing pain before fleeing the location.

3. July 11, 2021 in the vicinity of 72 Ave and Parsons Blvd — a 63-year-old female reported that the suspect approached her and struck her in the left side of the face with a closed fist. The suspect then fled on foot.

4. July 21, 2021 in the vicinity of Parsons Blvd and 71 Ave — a 75 year-old female reported that she was collecting cans when the suspect struck her in the back of the head with an unknown object. The suspect then fled the location on foot.

New York has faced a significant increase in anti-Asian attacks this year. As of June, reports of anti-Asian hate crimes had increased by 400% compared to the same time frame in 2020, according to a New York Times report.