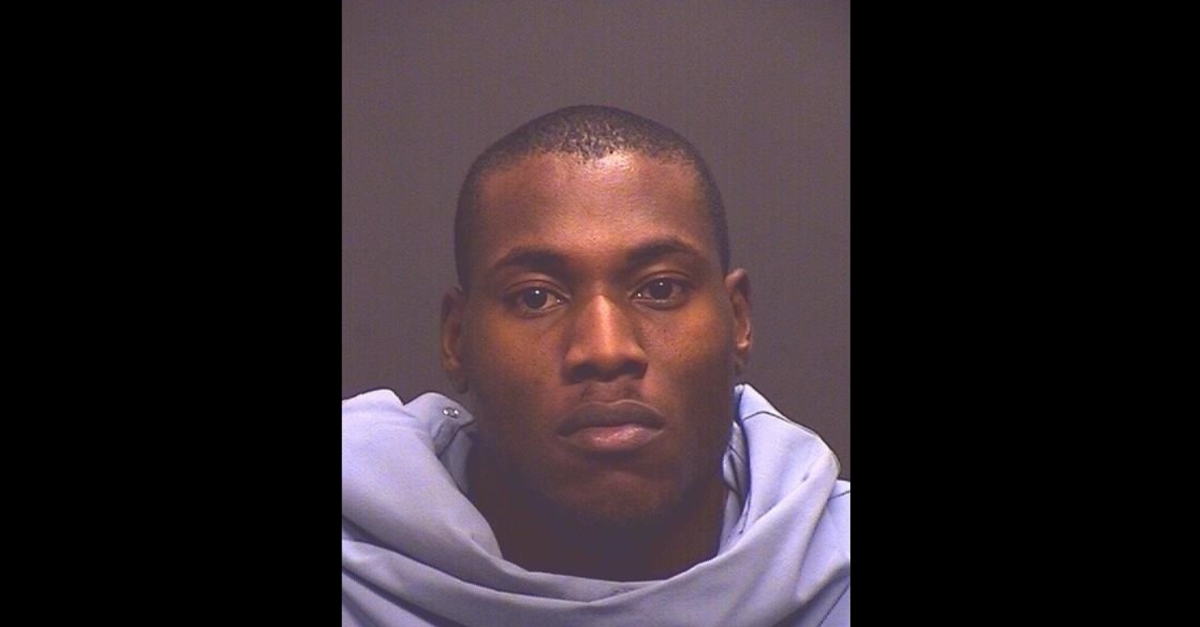 A woman found dead in a burned house on Sunday has been identified as Jennifer A. Fells, 36. Who killed her? The man linked to Fells’ violent death won’t be telling anyone. Leslie Scarlett, 35, has died, too.

Police announced Fells’ identity and the man’s death in an update on Thursday. The alleged motive behind Scarlett’s shooting spree is unclear. The suspect and Fells were in an “intimate relationship,” police spokesman Sgt. Francisco Magos told Law&Crime, declining to elaborate further.

The chaos erupted on Sunday in two scenes a mile apart. Scarlett allegedly shot two EMTs, one in the head and the other in the arm and chest at a parking lot. He returned elsewhere to the scene of a burning home, where he shot at firefighters and police. Neighbor Cory Saunders, 44, was found shot dead in front of the residence, officers said. Fells–then unidentified–was found dead in the home, officers said. She had been shot, according to police on Thursday.

Scarlett allegedly also shot a fire captain in the arm. The spree ended after he rammed Officer Danny Leon’s vehicle with an SUV and opened fire on the him, police said. Leon shot back, striking Scarlett, who was originally described as having life-threatening injuries.

The EMT shot in the head was identified by Police Chief Chris Magnus as a 20-year-old man in “very critical condition.” His colleague, a 22-year-old woman, was described as being in stable condition.

Three children at the home were initially considered missing, but they were found alive and are in the care of a family member, Magnus said.

“The three children belong to Fells, not Scarlett,” Magos told Law&Crime in an email.

A GoFundMe campaign started for Fells has raised more than $9,500 as of Friday afternoon.

“On Sunday (July 18, 2021) evening our family, along with many others, was changed forever in a senseless act of violence. Multiple innocent individuals, along with first responders, were injured and/or lost their lives in this act of violence against the community. My sister, Jennifer lost her life – leaving behind her 3 children. We are incredibly thankful for the individuals who risked their lives to try to help her and we thank god her children were not with her during this traumatic event,” a message on the GoFundMe says. “We, like many others in the community, have many questions and very few answers. In this time of need we are asking for assistance for expenses and to help her children transition into a new life without their mother. We deeply appreciate any and all support as we navigate this unimaginable situation – our love and condolences go out to all of those who were affected by this terrible act of violence.”

Note: We added a quote from Magos.