Woman Arrested in Florida for Brazen, Execution-Style Killing of Brooklyn Woman That Was Caught on Video 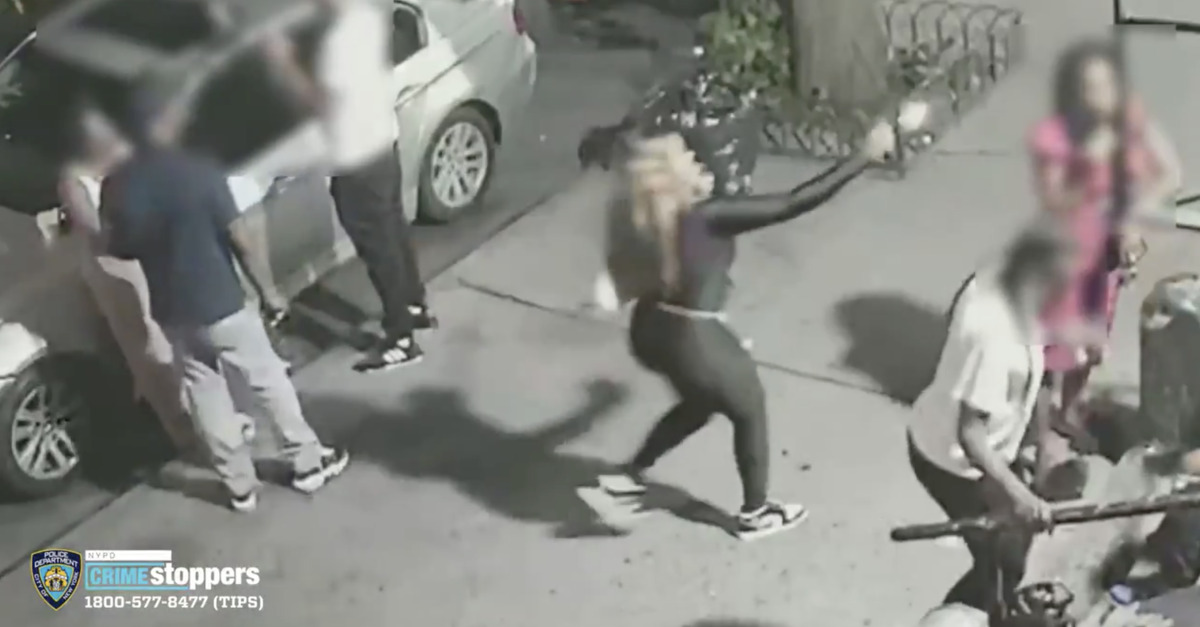 A woman was recently arrested in Florida in connection with the brazen, casual, point-blank and execution-style murder of a New York City woman on the streets of Brooklyn over the summer.

On Monday, Claudia Banton (a.k.a., Claudia Williams and Kiesha Brown), 42, was taken into custody, according to The New York Daily News, citing police sources. Authorities had initially declined to release the suspect’s name, Fox News previously reported. Details were scarce about what led to the apprehension but authorities noted that Banton was arrested in Jacksonville, Fla.

“You can run, but the long arm of the law will find you,” he wrote. “The woman responsible for the August 4th murder of a #Brooklyn woman has been apprehended by our partners in Jacksonville, Florida.”

The shocking slaying was caught on camera in real-time and the New York City Police Department released a selection of footage showing the Aug. 4 shooting attack on 42-year-old Delia Johnson.

In the clip, the suspect nonchalantly walks toward her unaware victim. The shooter directly approaches Johnson–who can be seen speaking with her friends on a sidewalk in the Crown Heights neighborhood–aims her weapon and fires the pistol directly into Johnson’s head.

In the video, the shooter appears to have blonde hair and is wearing black clothing. After the first shot, the suspect fires again as Johnson was helpless on the sidewalk. Following the series of shots, the suspect, just as nonchalantly as she approached Johnson, walks toward a white vehicle, enters the vehicle, and leaves the scene of the crime.

The NYPD requested the public’s help identifying the shooter:

NYC: We need your help identifying this individual. On 8/4 at 9:41 pm, near 697 Franklin Ave in the @NYPD77Pct she shot a female in the head & leg then fled in a white vehicle. The 42-year-old victim died at a nearby hospital. If you have info, contact @NYPDTips at 800-577-TIPS. pic.twitter.com/1HJv85GQPG

Johnson was rushed to a nearby hospital where she later died.

The video shows all those around the site of the shooting toppling behind the stoop and reacting in terror to the gangland-style assassination. According to the Daily News, family members of the deceased believe Johnson was followed by her assailant after she left a funeral earlier in the day. She was killed blocks away from her home.

“She was at a funeral earlier in the evening for an old neighborhood friend to pay her respects, and then this happened,” her brother, Mathis Johnson, told the outlet. “It was horrible. That lady executed my sister.”

The victim’s brother said he wasn’t sure who, exactly, the woman was that killed his sister–but he said he had seen her at the same funeral.

Mathis Johnson remembered his sister as kind and giving.

“She was a beautiful person,” he said. “She didn’t necessarily have the world to give, but she would give it. She was an amazing woman. Everybody says positive things when people pass, but everything I said about her was 100 percent true.”

Delia Johnson’s sister, Cordelia Berry, called her sibling “Miss Electric” and the “life of the party.”

“She was a rainbow,” Berry said.