Woman Allegedly Kidnapped Her 2 Young Sons by Stealing Their Dad’s Car While They Were Inside: Deputies 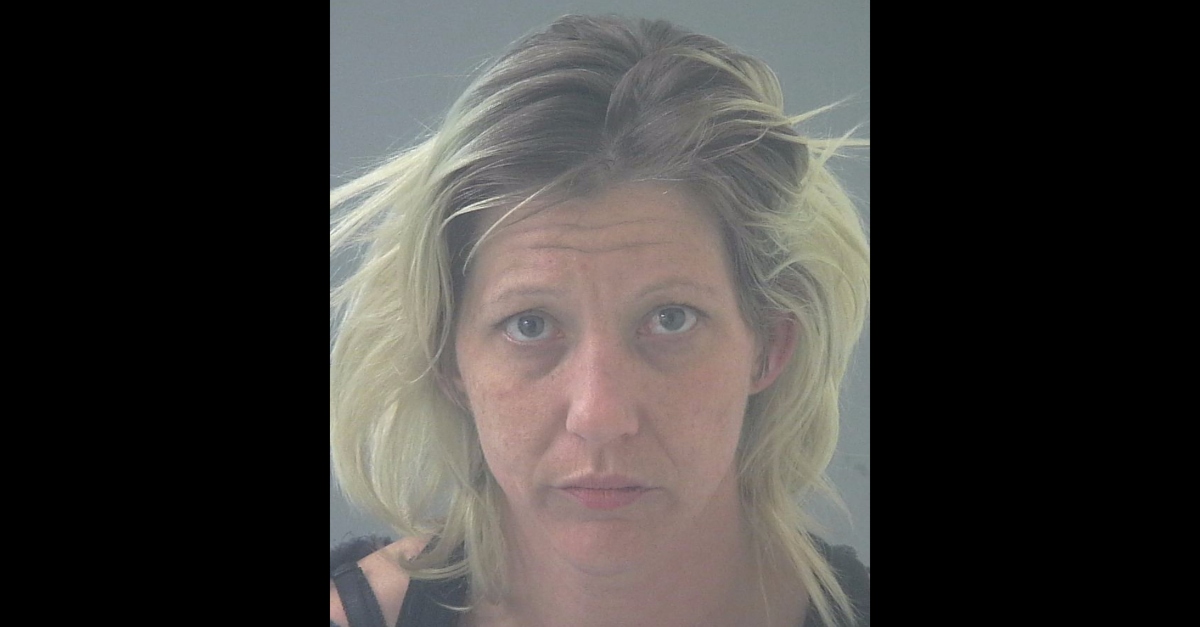 A woman is accused of kidnapping her two young sons in Louisiana last Tuesday, then bringing them to Florida. Shawntel Nicole Heck, 38, is currently being held as a fugitive at the Santa Rosa County Jail in the Sunshine State.

Deputies with the Tangipahoa Parish Sheriff’s Office in Louisiana say Heck got a Good Samaritan to pick her up from the side of the road and to bring her to the home of the children’s father, according to WDSU. She stole the dad’s vehicle as he went to a shed to retrieve a tool. The kids, a 4- and 8-year-old, were in the car. Her alleged destination was her family home in Florida.

The boys were found over in Santa Rosa County. An AMBER Alert issued last Wednesday morning was canceled. The kids were described as being found unharmed. Heck remained missing, however. Authorities were searching for her in a wooded area.

Shawntel Nicole Heck is wanted by multiple agencies with extensive charges for her role in the kidnapping of her small children from Ponchatoula, Louisiana.

Shawntel is a white female and is 38 years old. She is approximately 5’06” and 120 pounds, with blonde hair and blue eyes.

Shawntel is believed to still be in the Milton area.

Heck ended up being taken into custody and booked into the Florida jail on Friday. She faces warrants for simple kidnapping, and unauthorized use of a vehicle. It is unclear if she has an attorney in this matter.

County jail records viewed by Law&Crime showed arrests dating back to 2009 for crimes such as burglary, and drug possession.