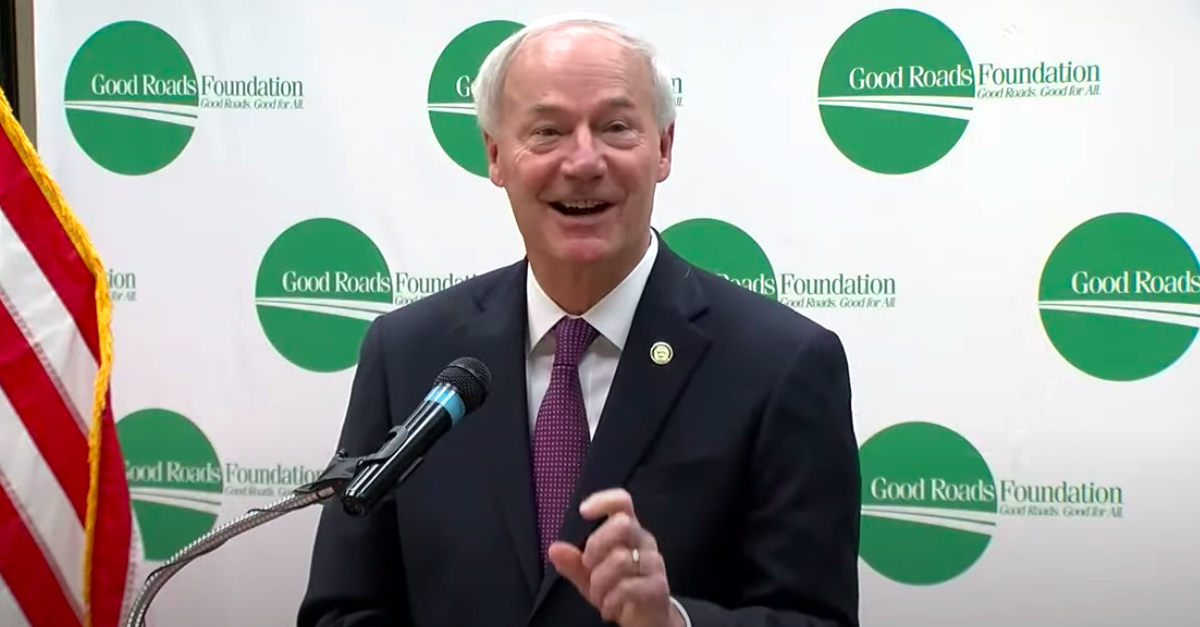 Arkansas Governor Asa Hutchinson (R) on Tuesday signed into law a bill that bans all elective abortions in the state, only allowing an exception in cases of a medical emergency where the procedure is required to save the life of the mother. Expecting a legal challenge of the legislation, Hutchinson hopes that the Supreme Court of the United States will eventually use its conservative majority to overturn the landmark Roe v. Wade decision.

Hutchinson said he would sign the bill, known as SB6, into law despite his prior concerns over it lacking exceptions for cases of rape and incest. The Arkansas legislation would officially take effect 90 days after the state legislature adjourns for the year (sometime in the summer of 2021).

Under current Supreme Court precedent, the anti-abortion measure is unconstitutional, violating the holdings of both Roe and Casey v. Planned Parenthood. Hutchinson acknowledged that in a statement on Tuesday, noting that the purpose of the legislation is to overturn those precedents.

“I will sign SB6 because of overwhelming legislative support and my sincere and long-held pro-life convictions,” Hutchinson said. “SB6 is in contradiction of binding precedents of the U.S. Supreme Court, but it is the intent of the legislation to set the stage for the Supreme Court overturning current case law.”

The Republican governor even went so far as to say he “would have preferred the legislation to include the exceptions for rape and incest,” because “such exceptions would increase the chances for a review by the U.S. Supreme Court.”

BREAKING: Gov. Asa Hutchinson has signed SB 6 into law – which bans nearly all abortions in Arkansas, unless it's to save a mother's life. #arnews #arpx #arleg @KATVNews pic.twitter.com/oWcKu5uowO

Similar sentiments were expressed by the bill’s supporters in the Arkansas House and Senate.

“Arkansas is asking and pleading that the U.S. Supreme Court take a look at this and make a decision that once again allows the states to protect human life,” the bill’s sponsor, Republican Sen. Jason Rapert, said before the measure passed the state Senate late last month.

House co-sponsor Rep. Mary Bentley last week said she backed the bill because it was “time for [the Roe decision] to be overturned in the Supreme Court.”

The bill represents the most draconian abortion restriction in the U.S., and is part of a wider push by the Republican-led states to see how far a Supreme Court with Republican-appointed Justices Neil Gorsuch, Amy Coney Barrett, Brett Kavanaugh, Samuel Alito, Clarence Thomas and Chief Justice John Roberts will go towards tearing down past precedent. Similar bills were introduced in Montana and South Carolina after President Joe Biden in said in January that his administration would seek to cement reproductive rights through federal law.

“In the past four years, reproductive health, including the right to choose, has been under relentless and extreme attack,” the White House said in a press release on Jan. 22, the 48th anniversary of the Roe decision. “The Biden-Harris Administration is committed to codifying Roe v. Wade and appointing judges that respect foundational precedents like Roe.”