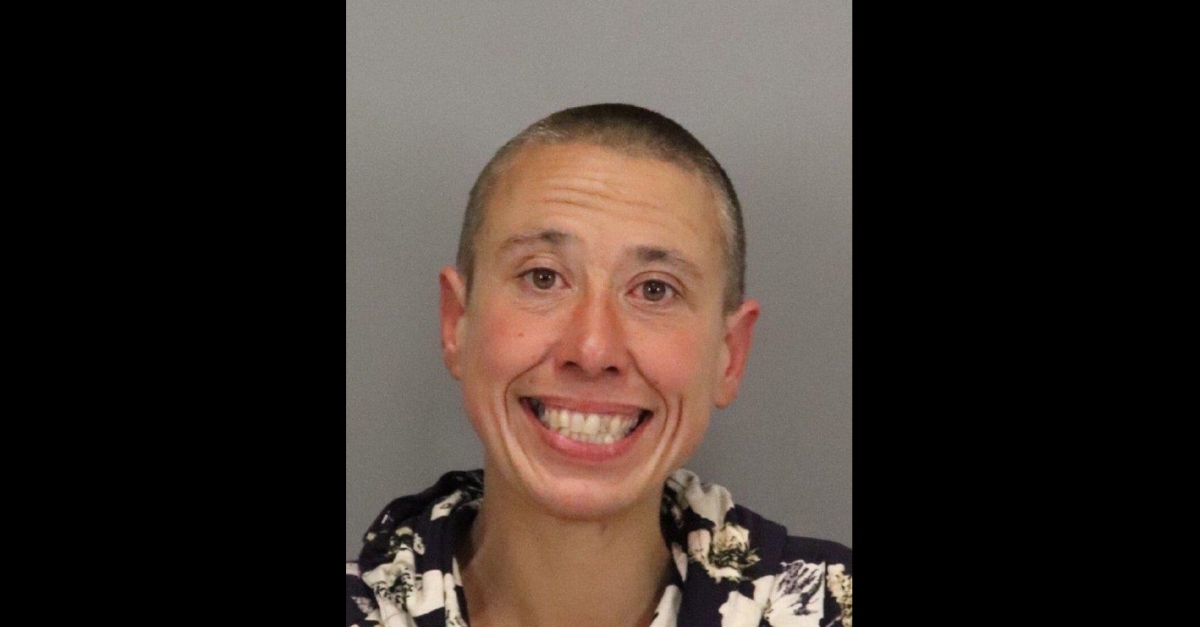 A California woman allegedly went on a racist crime spree last month. Local police say Karen Marie Inman, 39, stole food and clothes from a store in Mountain View on February 13 and said she did not have to pay because the victims were Asian. The defendant, who was described as being “transient,” also yelled at people in a restaurant. In that separate incident, Inman allegedly spat at an Asian man and called him slurs.

“Our community stands together against any hatred and racism against the Asian Pacific Islander community,” District Attorney Jeff Rosen said in a statement Monday which announced a hate crime case surrounding the spitting incident. “It is ignorant. It is wrong. And when it is criminal — those who are charged will face the full power of my Office to hold them accountable.”

According to prosecutors, Inman approached the 36-year-old man while he was eating outside with a friend. In an unprovoked incident, she spat at him and called him a slur. The defendant told him to return to “where you came from,” the state said.

As prosecutors noted, the confrontation happened amid escalating numbers of attacks against people of the Asian/Pacific Islander community during the COVID-19 pandemic.

Cops said they interviewed victims of both the theft and the spitting; at the time, no one wanted to prosecute. Officers let Inman go because they did not see the incidents happen. The police department said, however, that they have policy to investigate hate crimes. So, they brought the facts to the District Attorney’s office. Prosecutors believed there was sufficient evidence to charge Inman with a hate crime.  Authorities obtained an arrant warrant. Inman was brought in Friday for an unrelated incident in which she stole candy and ice cream from a Smart & Final grocery store.

She is now charged with petty theft, robbery, and two counts of violating civil rights by force or threat. It is unclear if she has an attorney.