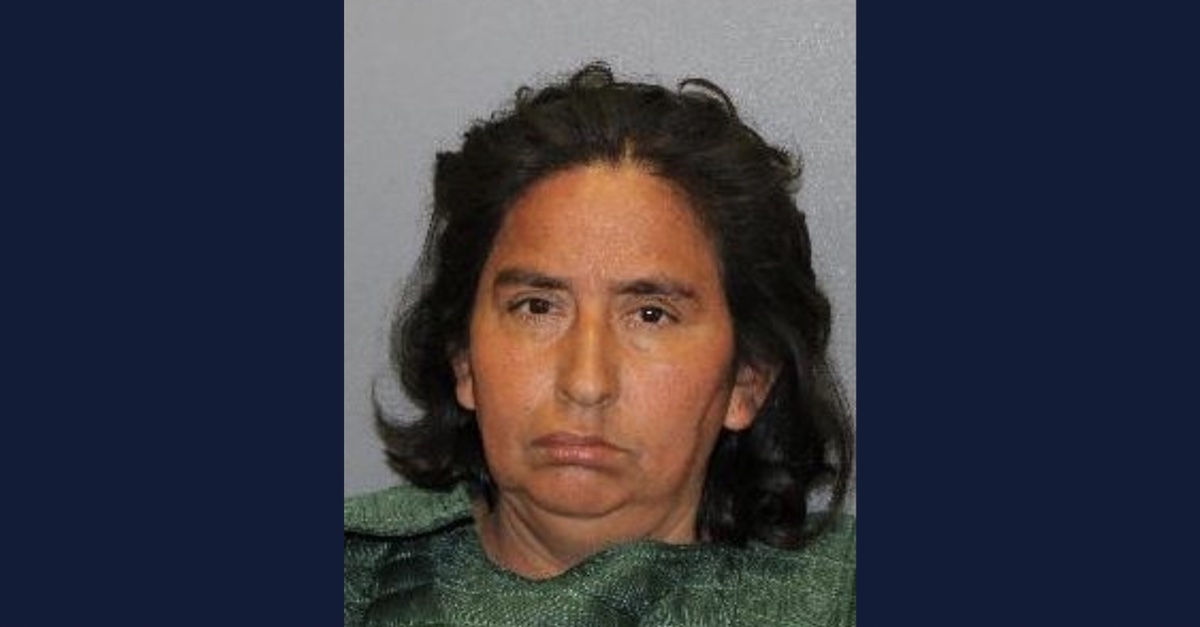 A 44-year-old woman in Denton, Texas is accused of murdering her husband by drowning him in a creek earlier this week. Authorities allege that Dora Alvarez Maldonado initially tried to pin the killing on a nonexistent man before that story crumbled.

On the same day the city selected a new police chief, the Denton Police Department said in a press release that they first learned of the drowning incident when someone called 911 on Tuesday afternoon to report “a woman holding a possibly deceased male in a creek between Shady Oaks Drive and Spencer Road.” Authorities said they responded to the “1700 block of Spencer Road” around 2:57 p.m. on Tuesday and found the victim dead.

From here, Maldonado is accused of telling investigators a made-up story about an unidentified man playing a role in her husband’s death. Judging by the police account, that story was not persuasive and fell apart before too long.

That, in turn, resulted in an alleged confession.

“[The suspect] initially told officers that an unknown male was involved in her husband’s drowning,” police said. “She later told detectives that this male did not exist, and she had drowned her husband.”

Law enforcement has not yet identified the man by name. There were also no details about a suspected motive.

Cops said the murder suspect was arrested Tuesday night and remains held at the City of Denton Jail on $500,000 bond. It’s unclear if the Maldonado has an attorney in this matter.

Denton, Texas, is around 40 minutes-plus away by car from Dallas and Fort Worth.