‘What Have I Done?’: Chiropractor Allegedly Stabbed Two Children While They Slept 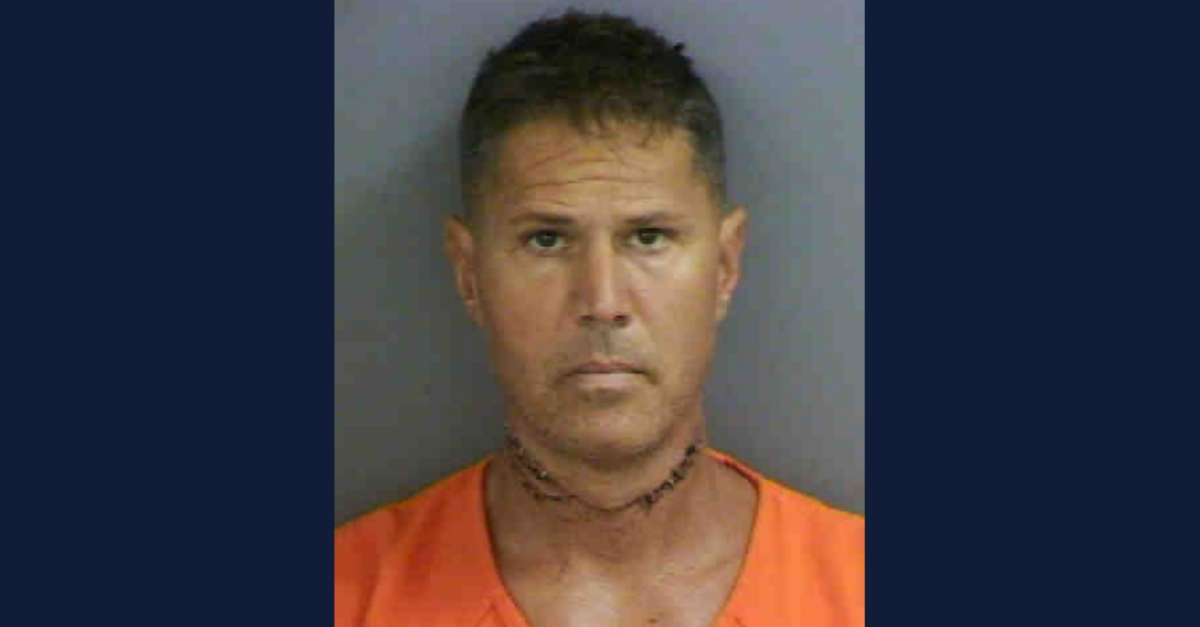 A chiropractor allegedly stabbed two children in their sleep, leaving the victims with serious injuries.

Trevor Hooper Kilian, 47, remains at the Collier County Jail on Tuesday for two counts each of attempted murder and aggravated child abuse.

According to the redacted arrest papers, a woman called saying that Kilian stabbed the children. Deputies arrived to find a 5-year-old and 7-year-old in the kids’ bedroom suffering from stab wounds, documents stated.

“It appears as if both children were stabbed while laying asleep in their beds,” deputies wrote.

Kilian was in the master bedroom with what seemed to be “severe self-inflicted lacerations” to both his arms, deputies said. Investigators claimed to find in the room the knife they think he used in the stabbings. He was taken to North Collier Hospital for his injuries, deputies said. The sheriff’s office said he was arrested at the facility.

According to documents, the woman who called 911 told investigators they had moved from Canada to the Naples area several months before because of financial hardships.

Authorities did not identify her. Trevor’s wife Lauren Kilian spoke to Healthy Debate in a February post. Her husband’s Vancouver-based chiropractic business struggled because of COVID-19 restrictions. Their fitness business also was required to ask for vaccine passes. After losing a baby in October following 35 weeks of gestation, they sold everything and moved to Naples, Florida, said the mother of three.

“This has pulled my family apart,” she said. “I really miss my friends back home … But everywhere I go here, people think like us.”

Kilian’s chiropractor license in British Columbia expired Aug. 1 of this year, online records show. He had first registered it on April 1, 2001.

In the documents, the woman, whose identity was redacted, told investigators Trevor Kilian had been using “synthetic cannabis for some time,” but stopped approximately two weeks before this. He began to act abnormally since then, including having manic episodes, and was neither sleeping nor eating. She denied, however, that Kilian ever been violent or hurt her or the children before this incident.

The day of the stabbing, Kilian was acting normally and everything seemed fine, she said in documents. They put the children down to sleep and watched TV before heading to bed around 9 p.m.

Kilian got up for something to drink, went back to bed, then got up again a little after 10 p.m., authorities said. He went down the hall toward the children’s room, she said.

The woman told investigators that she saw Kilian outside the room, holding a knife.

The woman entered the children’s bedroom to find the kids in their beds screaming. They had blood on them.

The woman barricaded herself inside the bedroom and called 911. She did not open up again until she heard deputies outside and let them in through the front door, she said.

“Deputies quickly responded, entered the home and pulled the injured children out to the ambulance that was waiting,” Sheriff Kevin Rambosk said. “They located the suspect, who was also injured, and secured the scene.”

The kids were treated at Gulf Coast Medical Center, where the boy had two stab wounds to his back, and the girl had a stab wound to her chest. Both had collapsed lungs.

“At the time of this booking sheet, the children are reportedly in stable condition,” deputies said in the documents dated Thursday.

Defendant Kilian is scheduled for an arraignment to take place Oct. 10.