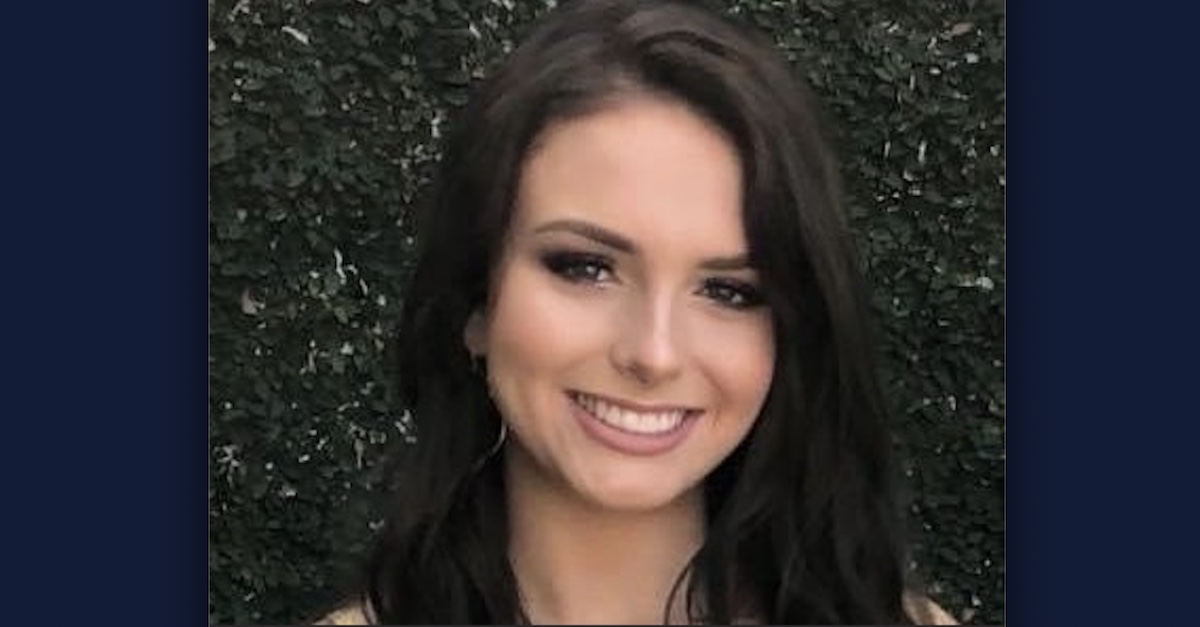 A 21-year-old senior at LSU last week was gunned down through her windshield while sitting in her vehicle at a railroad crossing in downtown Baton Rouge. Allison Rice, of Geismar, died after sustaining multiple gunshot wounds in the early morning hours of Friday morning, authorities say.

According to a press release from the Baton Rouge Police Department, Allison was fatally shot at approximately 2:19 a.m. in the 1500 block of Government Street. She was “shot multiple times while sitting in the driver seat of her vehicle” and was pronounced dead at the scene, the release states.

Investigators with the Baton Rouge Police Homicide Unit said they do not know the motive for the shooting and have no suspects at this time.

A witness to the shooting said that Rice was attempting to make a U-turn at the railroad crossing when the shooting began, according to a report from New Orleans CBS affiliate WWL-TV. Allison’s car was reportedly shot at least five or six times. The East Baton Rouge Coroner’s Office on Monday confirmed that Allison’s death was a homicide caused by “multiple gunshot wounds,” per Fox News.

She was reportedly on her way home after hanging out with some friends at a late-night establishment in the area that was popular with college students and young professionals.

“This senseless violence is completely unacceptable, and Baton Rouge Police officers are thoroughly investigating to bring the perpetrator to justice,” the mayor said. “Our university community is an essential part of the fabric of Baton Rouge. It is of the utmost importance that we create a safe environment as we welcome students from across our state and the nation.”

Broome said that she is coordinating with LSU, the Southern University’s Presidents, BRCC Chancellor, Student Government, BRPD, and the East Baton Rouge Sheriff’s Office to “discuss safety for all our college students in Baton Rouge.”

Allison’s father, Paul Rice, sat down for an interview with The Story on Fox News and described learning about his daughter’s tragic death when police knocked on his door at approximately 4:45 a.m. Friday morning.

“We woke up to our dogs barking and the doorbell ringing,” Rice reportedly told the station Monday. “Cops have shown up in the middle of the night before for various reasons, things going on in the neighborhood and all, but when they asked, ‘are you Allison’s father, can we come in, please?’ you knew at that point that it was going to be something terrible. I never could have imagined that the news would have been what it was.”

While police have been unable to explain why Allison was shot, her father said he believes she was simply a matter of bad luck.

“The only thing that I can really think at this point is it’s a bad case of wrong place at the wrong time. She’s not anyone that had enemies. We don’t think that she was being stalked or followed,” he reportedly said. “That particular area of Baton Rouge has a history of this type of activity.”

That theory appeared to be reiterated by local resident Floyd Normand, who lived close enough to the crime scene that he heard the shots.

“We’ve got a lot of problems here, you know what I mean,” Normand reportedly told WWL.  “You’ve got people doing things they should not be doing, stuff like that. I’m trying to stay focused, stay out of that life, and be in my house. When night falls, I try to be in my house.”

Baton Rouge, Louisiana’s capital city, is more than an hour drive away by car from New Orleans, which reportedly has the no. 1 murder rate in America.

Allison Rice will be laid to rest at Hope Haven Garden of Memory Cemetery in Prairieville on Wednesday, according to her online obituary.

BRPD did not immediately respond to a message from Law&Crime.