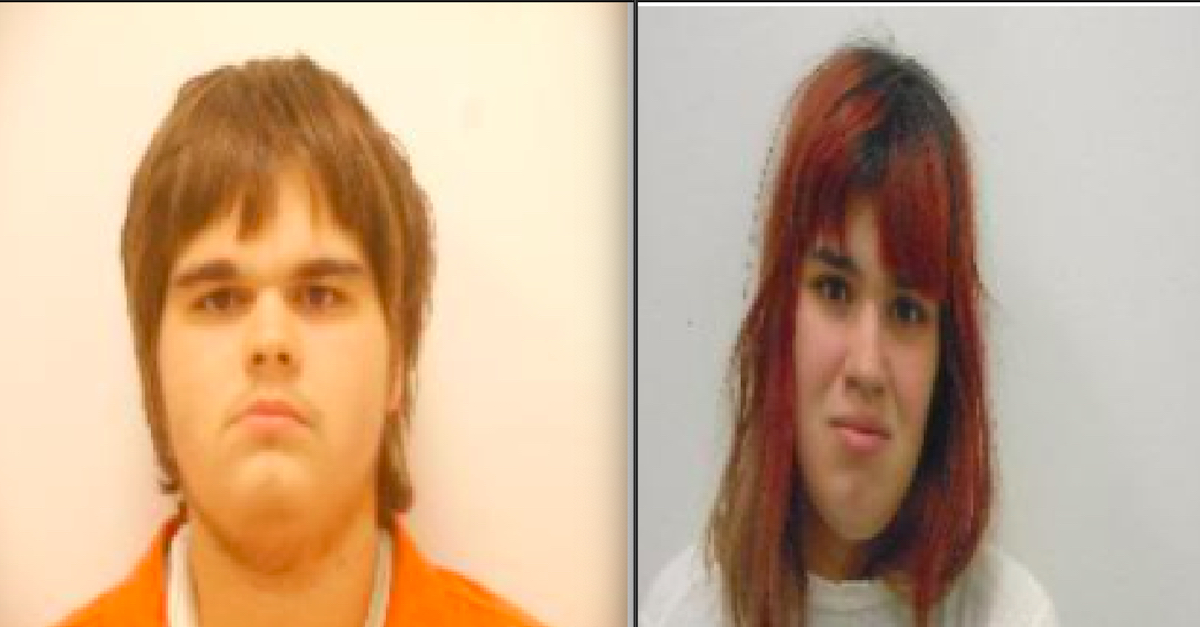 A Virginia couple abused their 10-day-old newborn baby girl, whose subsequent death the husband reportedly blamed on the cat, authorities alleged in announcing their arrest.

Though the couple only has been charged with child abuse resulting in serious bodily harm, authorities indicated more charges may be pending.

According to multiple reports, officers with the Richmond Police Department were called to a local hospital at approximately 8:30 p.m. on July 30, after medical personnel reported that a young child had been brought in with suspicious injuries consistent with abuse. The baby, Raven Michelle Sebolka, was admitted with “unknown injuries” which investigators said they determined “occurred while in her home” located in the 200 block of North 4th Street.

A report from local CBS-affiliate WTVR-TV said that when the baby’s father—23-year-old Matthew Sebolka—told detectives that his daughter was sitting in her car seat when he briefly left to use the bathroom. He then allegedly claimed that after returning from the bathroom, he saw the family’s cat on the baby’s neck.

Sebolka allegedly said that he then called the baby’s mother, Elizabeth Tyler Sebolka, who arrived soon after and took their daughter to the VCU Medical Center because she had a rash and her eyes were puffy. Elizabeth reportedly traveled to the medical center via the public bus.

However, sources told WTVR that medical personnel at VCU said the newborn had suffered a fractured skull, bruising on the left side of her head, and exhibited possible signs of suffocation.

The infant died of her injuries on Aug. 10. The Henrico County Medical Examiner performed an autopsy and determined the cause of death to be a homicide.

Matthew Sebolka was taken into custody just after 7 p.m. on Monday by detectives with Richmond PD and U.S. Marshals working with the agency’s Regional Fugitive Task Force. He was charged with abuse and neglect of a child causing serious injury, though authorities said that additional charges against Sebolka are pending.

Elizabeth Sebolka was arrested just after 9 p.m. on Monday and charged with abuse and neglect of a child as well as making false statements to police during the investigation of another crime.

W. Edward Riley, a criminal defense attorney in Virginia who is not involved in the case, told WTVR that the couple is likely to face an uphill legal battle due to the applicable law in the commonwealth.

“The law in Virginia is really broad on allowing the Commonwealth to demonstrate cause of death related to the original act of trauma, which is usually shot, stabbed or, as in this case, what appears to be trauma to the head,” Riley told the outlet. “If your client is the one that did that, it’ll be very difficult to defend. Then the question is: is it second-degree murder or manslaughter as far as the malice? If there’s anger or fear that negates the murder and makes it a manslaughter case.”

The Sebolkas both currently remain in Richmond Jail Detention where they are being held without bond. The two each have a court date set for 10:50 a.m. on Sept. 21.

Additionally, criminal records uncovered by WTVR revealed that Sebolka had previously been charged with animal cruelty in Richmond. Those charges were later dropped, but Sebolka was found guilty on three counts of inadequate care of an animal by the owner.

The Richmond Police Department and Sheriff’s Department did not immediately respond to emails from Law&Crime seeking clarification.

Law enforcement authorities asked that anyone with any additional information on the case to call Major Crimes Detective Sergeant D. Longoria at (804) 646-6759 or contact Crime Stoppers at (804) 780-1000.