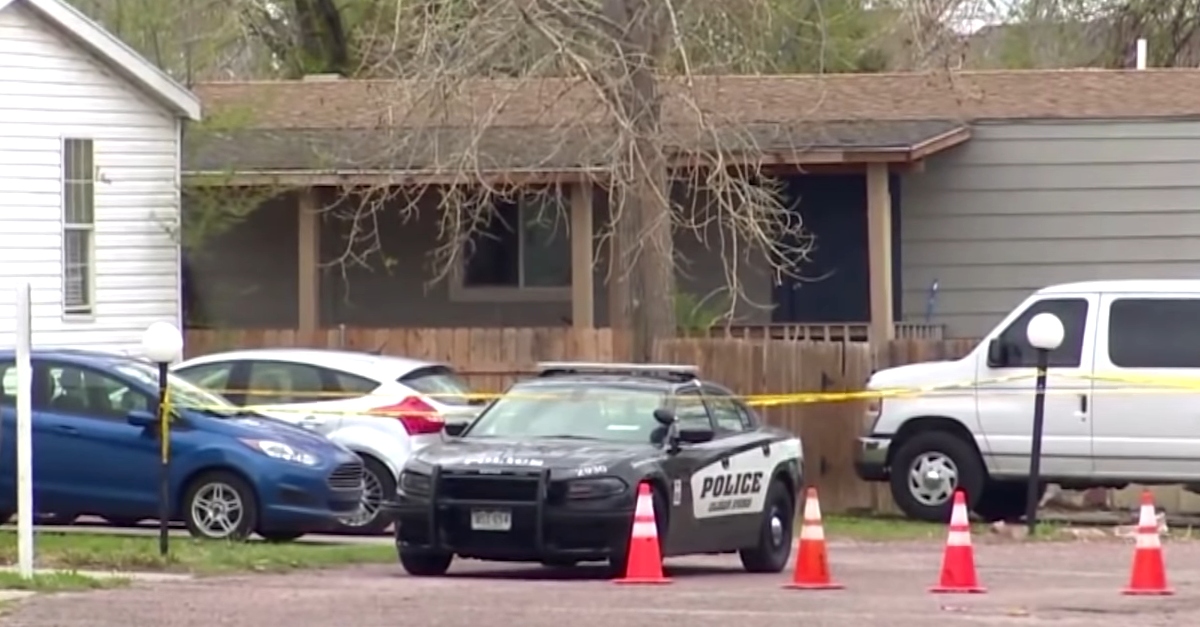 The day after a man shot six people at a birthday party before taking his own life, the victims of what a Colorado mayor described as another “senseless” mass shooting have been identified on Monday.

Local outlets from Colorado Springs like the Gazette and the NBC affiliate KOAA revealed their names, citing interviews with loved ones.

This is Melvin Perez.

It was his upcoming birthday the family was gathering to celebrate. According to a family, he did have at least one child.

She was Melvin’s mom, in addition she had two other children, and at least one grandchild.@KOAA

“My mom had always liked celebrating them together,” she said. Marquez left around 10 p.m. Saturday night with her husband Freddy Marquez. They were not there when police say a gunman opened fire and then died by suicide.

Nubia’s other brother Guttierez, 21, also died in the shooting. Mayra Perez, 32, was Melvin’s wife. The Ibarras were Mayra’s siblings.

This is Jose Gutierrez.

He was Melvin’s brother; Joana’s son.@KOAA

This is Mayra Perez. She was 32 years old and Melvin’s wife.

According to a family friend, she and Melvin had a at least one child together.

Now that child is without both parents.

This is Sandra Ibarra.

She was Mayra’s sister. She also had one other sibling, her brother Jose who was also killed.

This is Jose Ibarra.

He was Myra and Sandra’s brother.

All three siblings were killed.

Freddy Marquez told the outlets that the suspect was Sandra’s boyfriend, whom he and his wife only knew as “Junior.” He described the alleged shooter as a “quiet” and “serious” person who always carried a firearm, but “there was nothing out of the ordinary” about him in the one time the men met, according to the coverage.

Cruz was remembered as “always laughing,” “loving,” and “hard working.” Freddy Marquez said Melvin and Jose Guttierez were just like their mom.

“They were all great people,” he told the Gazette.

Colorado Springs police Lt. James Sokolik declined to comment when Law&Crime reached out about the names released in the Gazette article. Officers needed to first coordinate the official identification with the coroner’s office, he told Law&Crime in a phone interview.

A gunman, who was a boyfriend of a female victim, went to a birthday party and opened fire at a home in the 2800 block of Preakness Way during a birthday party, police have said. Officers reported getting a report about it at 12:18 a.m. early Sunday morning. Children were the scene were physically unharmed.

“Today we find ourselves mourning the loss of lives and praying solemnly for those who were injured and those who lost family members in a senseless act of violence on Sunday morning,” Colorado Springs Mayor John Suthers said in a statement. “We think too of the emergency personnel who responded to a horrific scene. We keep them in our prayers today. We ask the public’s patience with the investigation and we seek the sensitivity of our media partners as CSPD completes a thorough investigation to provide answers to the families and friends impacted by this tragedy.”