Utah Man Murdered Girlfriend During Fight Over Broken Vape, Then Took ‘A Couple of Shots of Alcohol’ and Called 911 on Himself: Cops 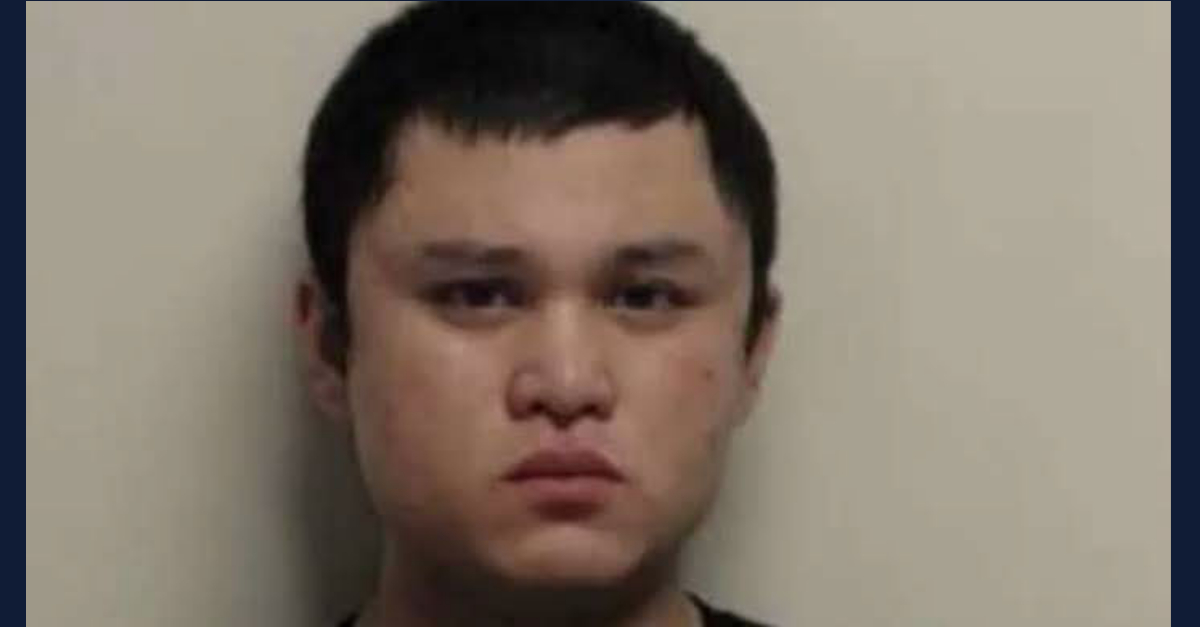 Daniel Padilla-Ang (above in a Utah County Sheriff’s Office mugshot from 2020 arrest on an outstanding warrant) allegedly confessed to murdering his girlfriend over the weekend.

A Utah man is charged with murdering his girlfriend after a fight broke out between the two over a broken vape cartridge.

Daniel Padilla-Ang, 27, allegedly told officers that he strangled 20-year-old Sandra Robles to death shortly after midnight on Saturday, according to a probable cause affidavit filed by the Orem Police Department (OPD).

The defendant allegedly confessed to the killing during a 911 call and then waited on the scene for officers with the OPD to arrive and arrest him, states the affidavit.

“The reporting party advised dispatch that he had strangled his girlfriend and that she was dead,” reads the probable cause affidavit. “Before he had disconnected with dispatch, he also advised that they had been drinking and he needed to be taken in.”

The accused murderer was still on probation for that second incident when he allegedly killed Robles. 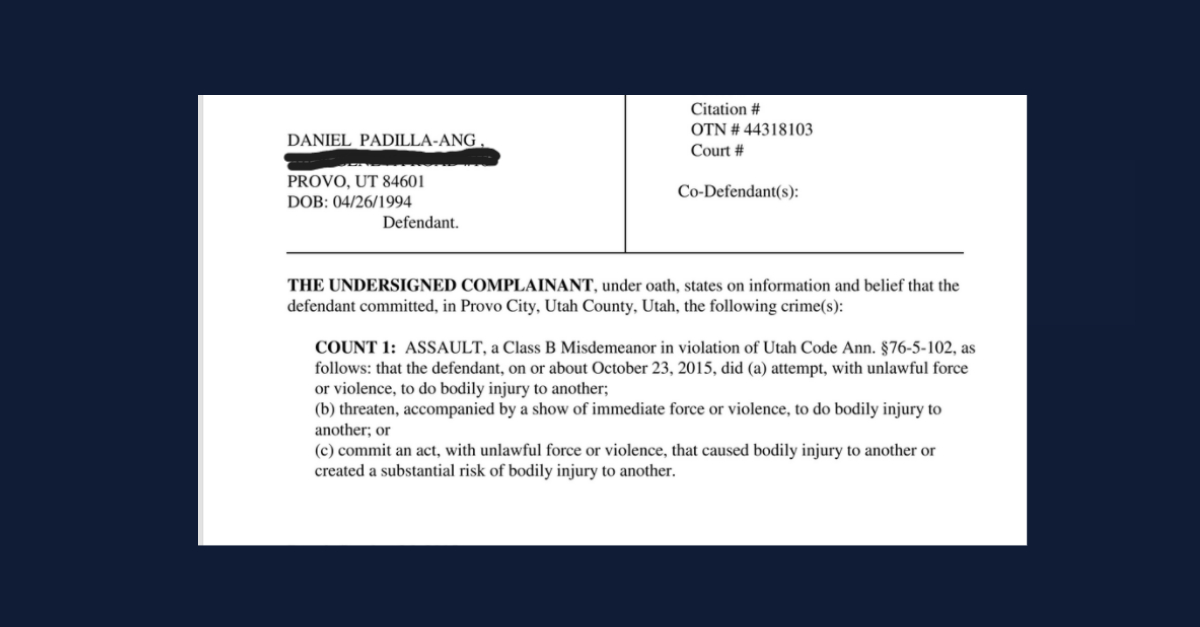 Padilla-Ang was first charged with domestic violence in 2015 (court filing above).

Officers arrived on the scene Saturday to find Padilla waiting to be cuffed, according to the probable cause affidavit.

“The male was found kneeling facing away from officers in the living room with his hands behind his head which appeared to have blood on them. When officers asked him his name, he identified himself as Daniel Padilla,” states the affidavit.

According to the affidavit, officers then “cleared the house” and searched for the victim.

Robles was located in the bedroom, where “officers attempted life-saving measures,” according to the affidavit.

The paperwork says those measures were unsuccessful on Robles, who was “not conscious or breathing” when officers arrived on the scene.

Robles also “had significant facial injuries, and her face was swollen and covered in blood,” the paperwork indicates.

The affidavit states that officers arrested Padilla-Ang, who they say continued to cooperate and detail the events leading up to Robles’s killing after he was taken to the Orem police station.

This was when officers learned that a vapor cartridge had allegedly led to a fatal fight between the couple.

However, Padilla-Ang did stop at that point; he became more violent, he allegedly told the police.

“The female victim then went to the ground, where Daniel stated he punched her in the face, and then started to choke her with both of his hands,” reads the affidavit. “Daniel stated that as he was choking her he said ‘Die Bitch’ until she was no longer moving.”

Padilla-Ang allegedly told police that he then confirmed Robles was dead “by placing his hand over her mouth and pinching her nose to see if she would gasp for air.”

The affidavit alleges that he then decided to confess to murdering Robles.

“Daniel stated that when she did not respond he took a couple of shots of alcohol and sent 2 text messages to family members stating that he had just killed someone and that he wouldn’t be seeing them for a while,” reads the affidavit. “Daniel admitted numerous times during the interview that he had killed the female victim and that he needed to be locked up.”

He is now being held without bail after Judge James Brady found him to be a flight risk.

“The court finds substantial evidence to support the charge and finds by clear and convincing evidence that Daniel Padilla-Ang would constitute a substantial danger to any other individual or the community, or is likely to flee the jurisdiction of the court if released on bail,” wrote Judge Brady.

The case documents are below: