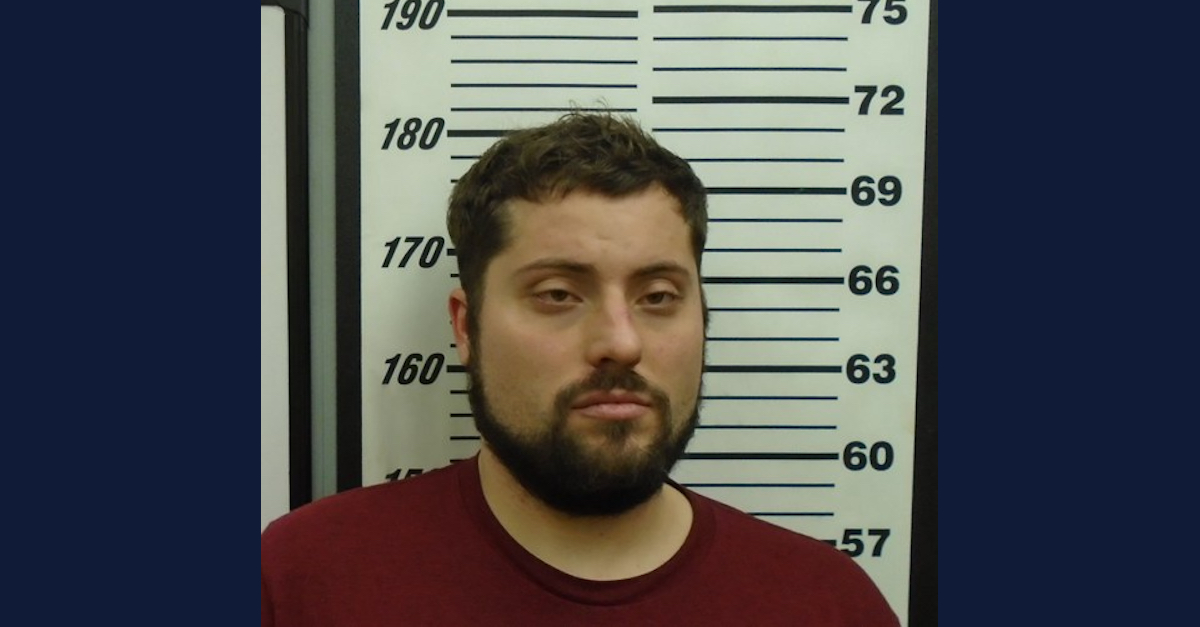 A Utah man has been arrested and charged in connection with the death of a woman who disappeared in Alaska in October 2019.

Kirby Foleni Calderwood, 32, stands accused of murder in the first degree, murder in the second degree, kidnapping, and tampering with physical evidence over the abduction and killing of 38-year-old Anesha “Duffy” Murnane.

The victim was last seen alive on Oct. 17, 2019 in surveillance footage from the assisted living facility where she lived to treat her bipolar disorder. Murnane left for a medical appointment at 12:15 p.m. that day but never arrived at her intended destination. A massive search ensued but months passed with no progress. In June 2021, grand jurors legally declared Murnane to have died by homicide, according to the Homer News.

According to affidavits filed in the case obtained by Anchorage NBC affiliate KTUU, the defendant first became a person of interest in the case one month before the woman’s death determination was made. During a May 2021 interview, Calderwood allegedly told privately contracted investigator Matt Haney that he knew Murnane from briefly working at Main Tree Housing, where she lived, in 2018.

Over the course of the investigation, the Homer Police Department says they fielded hundreds of tips. Eventually, however, one of those tips named Calderwood specifically and, according to police, included details that allowed investigators to hone in on their suspect.

In an affidavit filed by Haney, who was hired by the HPD, two women previously involved in romantic relationships with the defendant said that Calderwood had committed sexual violence against them–including rape. Those allegations were said to have been made to the U.S. Army. It is unclear what action, if any, the armed forces agency took in response to those claims. One of those women said Calderwood had admitted to hurting animals since he was a child. The affidavit also cites other women who made similar claims about the defendant’s alleged sexual violence and disturbing behavior.

“Calderwood has an extensive history of abusive violent sexual behavior towards women and fantasized about torturing and killing someone,” Haney reportedly alleged in that court document.

One tip mentioned in the affidavit clued investigators into specific details that were allegedly directly relevant to the Murnane case.

The anonymous tipster reportedly said Calderwood admitted to killing the woman and that he had previously prepared a crawl space at an empty residence he could access in order to torture and kill her.

The affidavit reportedly goes on to say Calderwood told the tipster that he was driving around looking for his victim when he spotted her, picked her up in his blue Subaru, and brought her to the empty house in question. There, the defendant allegedly told his victim that he needed to get a phone charger from inside and that she could come in while he retrieved it. Murnane is said to have accepted the offer. She was subsequently tortured and killed, the affidavit says. Calderwood allegedly further admitted that he threw Murnane’s cellular phone in a lake before concealing her body and leaving it in a dumpster.

The Homer News reports that the house belonged to the parents of Calderwood’s then-girlfriend.

“Calderwood kept Murnane’s wristwatch, that would light up when a button on the side was pushed, and that it may have been a Timex,” the affidavit quotes the anonymous tip as alleging. “Photos of Murnane show a small black watch.”

Police in Ogden, Utah executed several search warrants. One of those searches, at Calderwood’s home, allegedly turned up “a small ladies Timex watch with a black band was found in Calderwood’s clothes dresser drawer.”

“This exactly matches the watch the Kenai Crime Stopper’s TIPS caller had described and Murnane’s mother and stepfather had described,” the affidavit reportedly states. “Additionally, a missing persons’ flyer was found next to the same dresser.”

Calderwood was arrested by the Ogden Police Department on Monday. According to OPD Officer Ryan Long, the defendant was found with two guns in his possession, allegedly in violation of a protective order taken out against him by a woman he allegedly raped “on numerous occasions.”

“We would like to thank everyone who cooperated in this investigation,” the Homer Police Department said in a statement provided to Salt Lake City Fox affiliate KSTU. “There were dozens of folks that helped out with initial searches. Many others called in with tips and information and stood by ready to assist us. We would also like to thank the FBI and the Ogden Utah Police Department for all of the help they have provided. Our thoughts and prayers go out to Duffy’s family and all who are touched by this horrible event.”