Upstate New York Triple Murder-Suicide Took Place at 3 Different Locations, Ending at a Gun Range Where Suspect Shot with His Father Before Killing Him: Sheriff 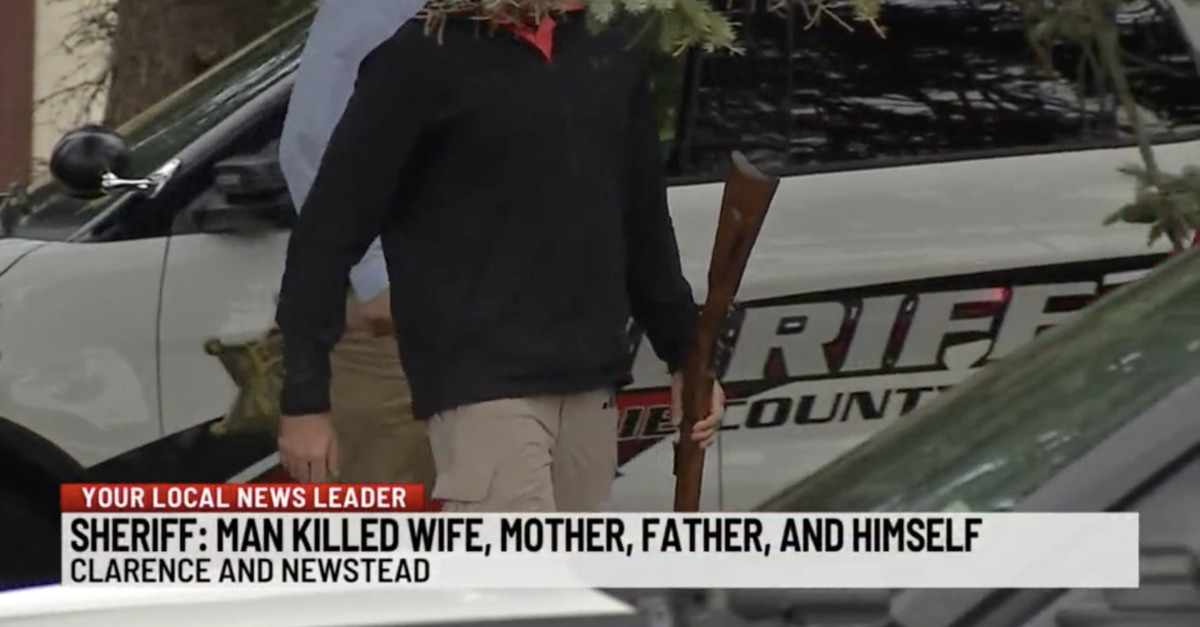 Four members of an upstate New York family have been killed in an apparent triple murder-suicide.

The assailant was Mary Beth Bergum’s husband and the son of Nancy and Mark Bergum, 43-year-old Erik Bergum, who then turned the gun on himself and died by suicide at the outdoor shooting range.

According to law enforcement, a witness at the range spoke with the elder Bergum before the fatal incident. The father allegedly told the witness that his son was planning on joining him there eventually.

The witness was the person who called 911 immediately after the shooting, the prosecutor said. A quick investigation turned up the extent of the familial relationships and that led to a series of welfare checks. Each one, in turn, uncovered the worst.

“There is no indication that the father was aware of what the son just did,” Flynn added. “Absolutely none.”

Authorities say they are not presently sure if the same gun was used in each of the three separate murders.

“Every time I received a call it was gut-wrenching,” Erie County Sheriff John Garcia said at the press conference, “when the mother was found dead, when the wife was found dead. Thank God the kids were at school.”

“I hope that the community rallies around these four children that are left behind,” Garcia added, “And that we’re able to take care of them not only in the next couple of days, but throughout their lives. So God bless the Bergum family.”

A chilling note, with a timeline for murder, was recovered from the shooter’s vehicle at the shooting range, the sheriff said.

“The note, while difficult to decipher, lays out an apparent schedule,” Garcia said. “Based upon our interpretation of this note, which is very illegible – and other evidence that was collected – detectives believe that Erik Bergum murdered his wife, then his mother, then his father, and ultimately turned the gun onto himself.”

“The note appears to have been written all at one time,” Flynn later clarified.

But while the note gives some indication of the planning involved, law enforcement are currently mystified as to the reason it all occurred.

“We are trying to ascertain a motive,” Flynn said. “That’s the first question. Why? Why did this happen? We are still trying to figure that out.”

Garcia pondered the nature of the thought processes involved in committing such a crime – insisting it was not really akin to a crime of passion.

“For that to be planned out, we’re thinking that morning, and for him to actually shoot at the shooting range with his rifle and have a great grouping from 100 yards lacks that passion and it’s so calculating,” the sheriff said.