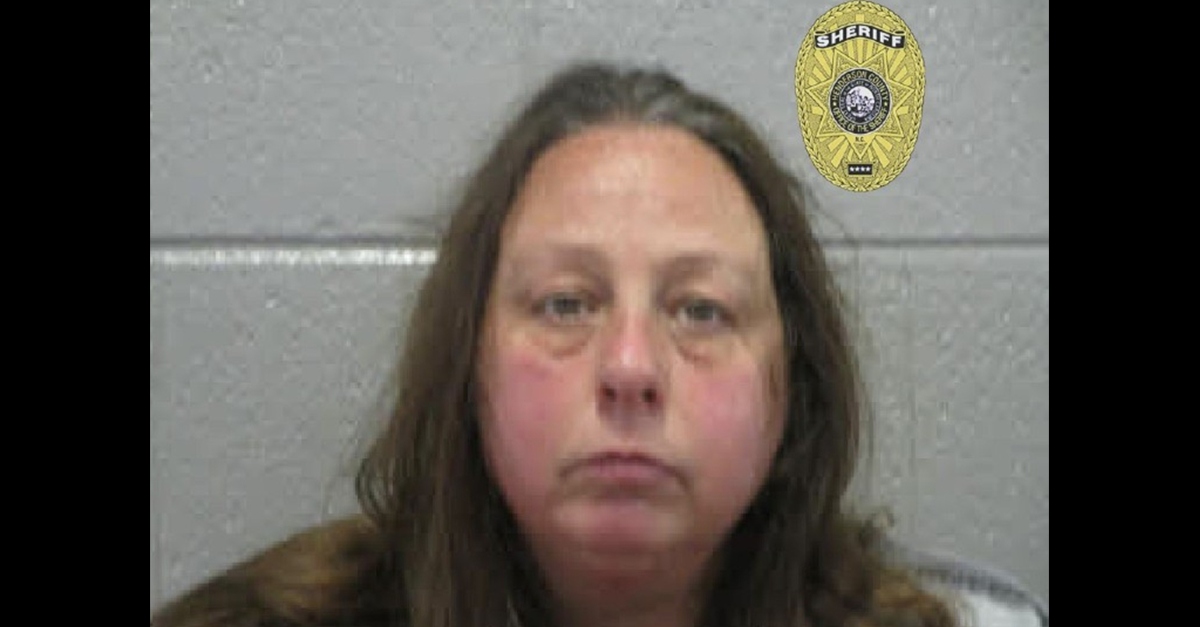 Deputies said they got a report that Sunday morning regarding a stabbing. They arrived to find the 5-year-old at the home. She had died from her injuries, authorities said.

“It’s pretty unsettling,” neighbor Jan Harvey told the outlet. “We’re casual friends. I would take them stuff for their little girl: popcorn, things like that. I’ll be praying for the family.”

Another neighbor Joe Coch said a woman next door called him, and said “a lady came into her house and was sleeping in her bed.”

That “lady” was Hartle, according to this story. She went into a neighbor’s home about 1,000 yards from the murder scene, and climbed into a bed.

Coch said he tried to wake her up.

“She wouldn’t wake up,” he said. “A few minutes later she came out and got in a truck and sat down in it, and it looked like she was shredding paper. Her hands were kind of shaking and she acted like she didn’t know who she was.”

Neighbor Alan Wilson, who said he was the former brother-in-law of Caroline’s dad, said the man was a “wonderful father” to her.

“He worked hard, went to work every day and when he came home, all his time was with her,” Wilson said.

“She was just a doll,” said Wilson. “She was Wayne’s princess.”

Hartle is charged with second-degree murder, and held without bond, said the sheriff’s office. The defendant is represented by the local public defender’s office, and waived her initial court appearance.