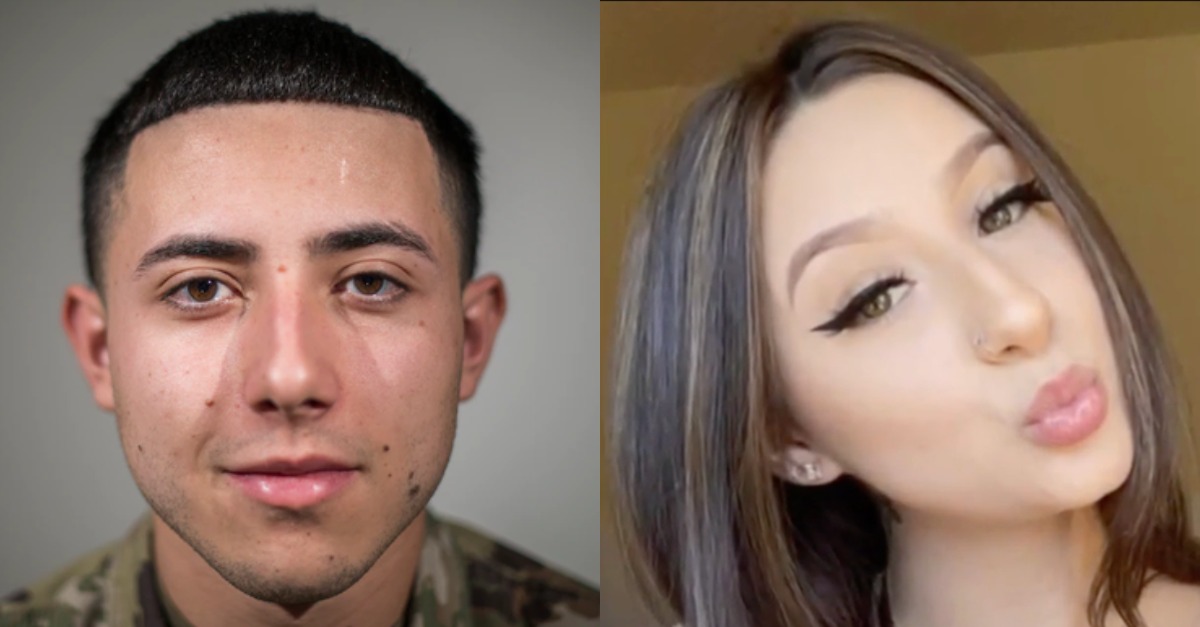 One woman and two men from California–including an airman with the U.S. Air Force–were arrested in connection with the murder of a 19-year-old woman over the Halloween weekend.

According to the Fairfield Police Department, Leilani Beauchamp was last seen alive leaving a Halloween party during the early morning hours on Saturday with two active duty Air Force members.

“Leilani was truly a blessing to us and her beloved friends,” her family said in a statement. “Leilani shared a very close relationship with her younger brother and sister who, after she ventured out to college, maintained daily communication with them. We will miss her smile, her laugh, her caring demeanor, her strong will, her passion for life and the love she brought to our family. We love you Leilani.”

“We are deeply saddened by the events that have transpired,” the FPD wrote in a press release posted on Facebook. “Our thoughts, and condolences go out to Leilani’s loved ones. Please respect their privacy as they deal with this tragic loss.”

On the night of Oct. 30, a missing persons report was filed on Beauchamp, who hailed from Carmel-by-the-Sea, California. By Oct. 31, the woman’s remains were found in Monterey County. Authorities say the victim was killed at a residence on Cascade Lane in Fairfield. Her cause and manner of death have not yet been made public.

The home where Beauchamp was killed belonged to the two Air Force members who took her there, police said. It is unclear if both armed services members are being charged in connection with her death.

But at least one of them appears to be.

Jessica Quintanilla, 21, stand accused of murder. Marco Quintanilla, 27 stands accused of accessory to murder. Juan Parra-Peralta, 20, also stands accused of accessory to murder. The Quintanillas hail from Pittsburg, California. Parra-Peralta is from Fairfield and, according to Sacramento-based ABC affiliate KGTV, is an airman who “was seen in a photo posing at Travis Airforce Base last year — while serving as the 60th aerial port squadron cargo processing specialist.”

Neighbors were aghast at the development.

“Being an airman, when this happened, he should have been the first one to call the police,” Veronica De La Torre, who lives near Parra-Peralta, told local CBS affiliate KOVR. “You go call the police and say ‘Hey, this just happened in my home.’”

“We would like to thank Travis Air Force Base and the Monterey County Sheriff’s Department for their assistance in this case,” the FPD added–noting the cooperation between traditional and military law enforcement. “While nothing positive will come from this horrible crime, the partnership and teamwork exhibited resulted in the timely closure of this investigation.”

Travis Air Force Base told local NBC affiliate KCRA that Parra-Peralta has already posted $25,000 bail. He is set to face a court in Solano County on Tuesday after the case was filed there this morning. The Quintanillas were charged and arrested in Pittsburg.

According to KOVR, “Parra-Peralta was part of an Air Force diversity video recorded in 2020.” The Air Force has confirmed that he worked as a cargo processing specialist at Travis Air Force Base.

The base released the following statement:

Our thoughts and deepest condolences are with family and friends of the victim. At this time, Travis Air Force Base is engaging with and fully cooperating with civil authorities. The Travis AFB Office of Special Investigations is monitoring the case and providing a liaison to the appropriate civil authorities. We will continue to support the lead agency in their investigation and take appropriate administrative actions, if warranted.

As discussed, if an Air Force member is jailed, paperwork is filed to list their status as “civilian confinement” during which time they forfeit pay and allowances. If the member posts bail, they are released to report to their assigned duty. It is the Airman’s responsibility to then adhere to all legal proceedings or investigative processes with civil authorities. It’s premature to comment on the Air Force course of action with the member outside of the current investigation and civil proceedings.