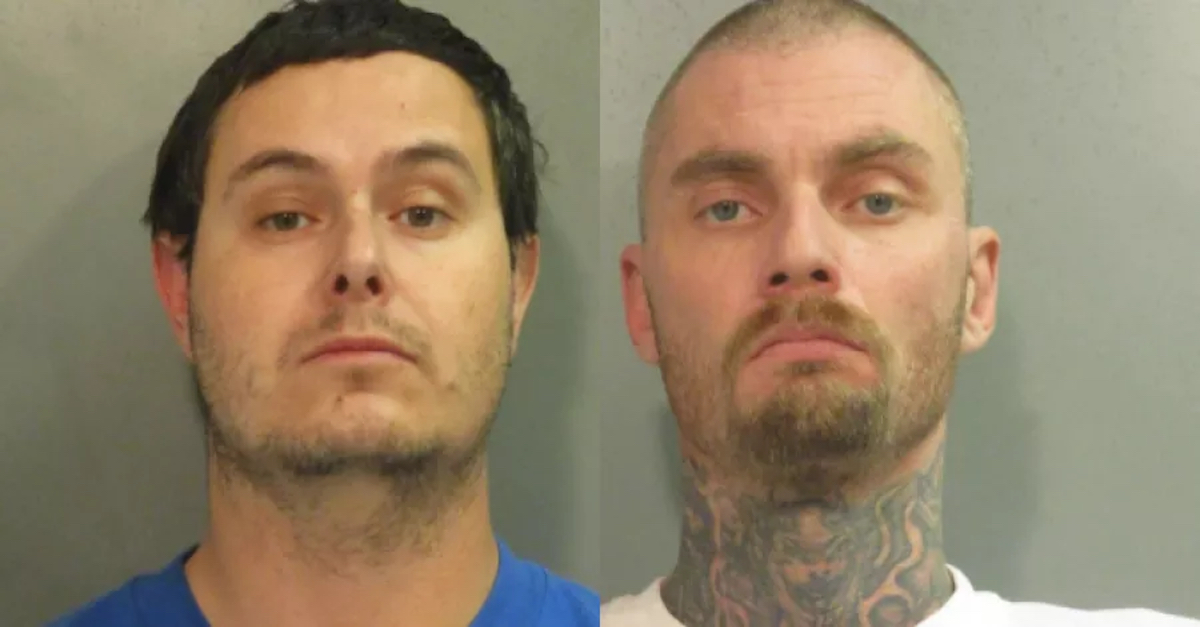 Law enforcement authorities in Missouri this week arrested two men for the alleged revenge killing of a 39-year-old Arkansas man they believed sexually abused a teenage girl when she was 6 years old. Daniel Blanks and Reginald Baker may face the death penalty after the two were each charged with capital murder, kidnapping, and burglary in connection with the death of Richard Phillips, who police say was severely beaten and shot multiple times before his body was mutilated and left in the woods, St. Louis Fox affiliate KTVI reported.

According to the report, a friend of Phillips called the Springfield Police Department on the night of Nov. 23 and reported that he had been in Phillips’ apartment located on Cooper Drive when two men broke in and brutally attacked Phillips. The friend reportedly told investigators that the two assailants repeatedly accused Phillips of sexually assaulting a little girl as they beat him unconscious then dragged his body down from the third floor apartment to a vehicle.

Officers responded to the scene and reportedly found a trail of blood leading out the front door of Phillips’ apartment to a spot where the friend said the two men parked their car.

An affidavit from the Arkansas Prosecuting Attorney’s Office obtained by the station reportedly said investigators obtained surveillance camera footage that shows the two men dragging a limp Philips from his home and tossing him into the bed of a white GMC pickup truck. The truck reportedly had a sticker on the rear window and a diamond-plated toolbox in the back.

Per the affidavit, Blanks and Baker targeted Phillips because a teenage girl in October allegedly told the men that she was raped by Phillips when she was 6 years old.

Phillips’ body was discovered on Nov. 27 by a group of hunters in a heavily wooded area of Mark Twain National Forest in Missouri. Phillips had reportedly been stripped naked, severely beaten, and shot multiple times. His body was also reportedly mutilated.

All three men and the girl were reportedly at a birthday party on Oct. 27 when she first told Baker about the allegations against Phillips. Baker—who used to date Phillips’ wife—allegedly became enraged and reportedly grabbed a knife from the kitchen and said he was going to kill Phillips. The girl, who is still a juvenile, reportedly told investigators that she was able to calm Baker down and got him to promise that he would not physically harm Phillips.

Investigators obtained the juvenile girl’s phone which reportedly held text messages between her and Baker. Police said after Phillips went missing, the girl texted Baker asking if he had anything to do with it and he replied that he did not.

Investigators then obtained and executed a warrant to search Baker’s phone messages which reportedly showed him asking another person to meet him at a residence located in Tulsa, Oklahoma.

Police on Nov. 26 reportedly went to the Tulsa address and located a white GMC pickup that matched the description of the truck Phillips was tossed into after being attacked. Investigators conducted a search of the vehicle, which was reportedly registered to Blanks, and found blood the truck bed.

Police found Baker and Blanks sitting in Baker’s truck on the property and took them into custody without incident.

According to the report, the two men will be tried in Arkansas, which is where investigators believe Phillips was killed, despite his body being found in Missouri.

The two men are currently being held in Tulsa County Jail awaiting extradition.