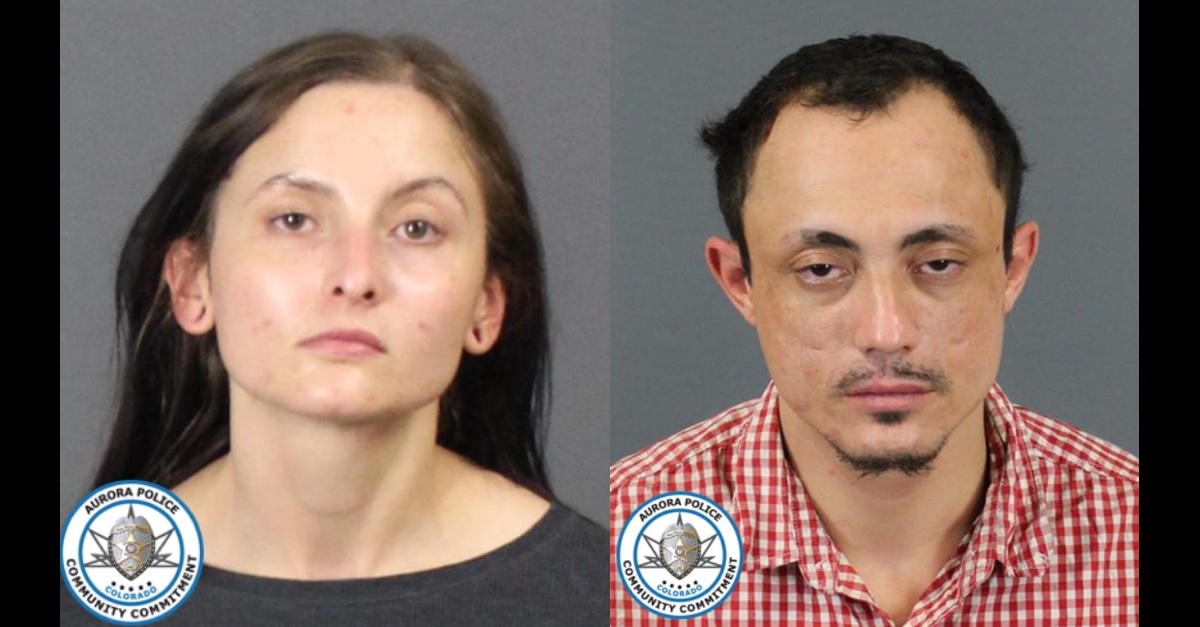 A man and woman in Colorado are facing attempted murder charges after one of them shot a man, critically injured him, and claimed was a home intruder, according to officials.

Emily Strunk, 25, shot a man she reported as a male intruder who forced his way into her apartment early Saturday morning, Aurora Police said in a press release. That man was described as a person Strunk had a prior “intimate relationship” with.

“The initial investigation suggested [Strunk] was reporting a man, whom she previously had an intimate relationship with, forced his way into her apartment, assaulted another adult male occupant, and she made the decision to shoot the alleged assailant,” the Aurora police statement said.

The “adult male occupant” of the apartment has been identified as Kevin Wertin, 27.

Police did not release the name of the individual Strunk accused of being an intruder. He was said to be in critical condition from the gunshot wound.

Strunk, who had called police and told them she had shot a male intruder, was initially detained and released. Investigators, however, apparently found “new information” that led to the arrest of both Strunk and Wertin.

Aurora police did not provide any details on what the “new information” was that led to their arrests.

“This is an active and ongoing criminal investigation,” a police department spokesperson told Law&Crime. “Due to this our office will not release any additional details.”

Strunk’s first court appearance took place Wednesday, according to the prosecutor’s office. Both Strunk and Wertin remain in custody on $750,000 bond each.

If convicted, Strunk and Wertin could face up to 48 years in prison.

Note: This story has been updated with additional information from the District Attorney’s office of Colorado’s 18th Judicial District.